In today’s programme, Town boss Paul Hurst reflects on Town’s best performance of the season against Bolton at the weekend, he gives us the lowdown on Tuesday’s opponents Morecambe, and we get his views on the proposed European Super League. Plus, Youth coach Neil Woods talks to us about the youngsters who have been offered professional deals with the club. Neil gives us the lowdown on Jaz, Evan and Luis.

In today’s programme, Town boss Paul Hurst reflects on Town’s best performance of the season against Bolton at the weekend, he gives us the lowdown on Tuesday’s opponents Morecambe, and we get his views on the proposed European Super League.

Plus, Youth coach Neil Woods talks to us about the youngsters who have been offered professional deals with the club. If the trio join the club, what can we expect from them?

The Mariners Welcome Morecambe For Penultimate Home Fixture Of The Season


Morecambe make the journey to Blundell Park this Tuesday for our penultimate home game of the 2020/21 season.


The kick-off time for our fixture at home to Morecambe later this month has been brought forward.

After a fantastic home victory at the weekend, the Mariners were unable to repeat the feat against well-organised opponents as their League Two survival hopes were dealt a major blow.

Town pushed forward in a bid to get back into the game but they could not find a way through and the away side made the points safe with a Luke Waterfall own-goal nine minutes from time.

James McKeown continued in goal, while Harry Clifton moved to right-back as Elliott Hewitt, Rollin Menayese and Sam Habergham completed the back four. Lamy began on the right of a midfield which also included Jay Matete, Spokes and Evan Khouri, with James Hanson and Lenell John-Lewis again selected in attack.

Morecambe started the game in fourth place in the league table and knowing a win could take them into the automatic promotion places, depending on other results.

Derek Adams' men sat one point behind Bolton at kick-off and would look to the likes of Stockton and Carlos Mendes Gomes to cause problems for the Grimsby defence.

The visitors also included former Town loanee Liam Gibson in their starting line-up, with another ex-Mariner, Harry Davis, on the bench.

Morecambe had the first chance of the game inside the opening minute as Stockton picked a loose ball up in midfield and ran clear to the edge of the penalty area, although his shot was blocked by McKeown and the rebound was cleared.

Town's first opportunity came five minutes in when a poor clearance saw the ball drop for John-Lewis on the edge of the box. He attempted to lob keeper Kyle Letheren but sent his shot over the bar.

A long throw from Habergham was hooked clear, before Gibson beat Matete to get into the box at the other end but nobody in the red of Morecambe could take advantage when he pulled the ball back.

Clifton did well to recover and make a block after Mendes Gomes cut in from the left and let fly, before a cross from Mendes Gomes was pushed away from danger by McKeown.

The visitors were causing problems down the left side and that proved to be their route to an opening goal on 22 minutes. Aaron Wildig played the ball through for STOCKTON to run onto and he cut inside before coolly slotting past the advancing McKeown.

Gibson won a corner after linking up with Mendes Gomes on the away left on 27 minutes. The initial delivery from the flag was headed away but after a follow-up cross from Wildig was not dealt with, SONGO'O bundled the ball into the net from close range to double Morecambe's advantage.

The Town players, led by McKeown, appealed for offside but the goal was awarded and the Mariners were left with a mountain to climb after less than half an hour.

A foul on John-Lewis on the right gave them a chance to respond but Habergham's delivery proved to be too close to Letheren, who claimed a comfortable catch.

Lamy fired over the bar after the ball broke to him following another Habergham long throw and as Town enjoyed a spell of pressure, Spokes hit a shot soon afterwards which took a deflection and went over the bar for a corner. The pressure was relieved though as the referee spotted a foul when the ball came across from the flag and blew for a Morecambe free kick.

Wildig had an opportunity to make it 3-0 after good link-up play by Stockton but the midfielder's 20-yard effort flew high and wide.

Town went close to halving the deficit a minute before the break when John-Lewis hit a 20-yard drive which looked destined for the top corner of the net but Letheren flung himself to his right and made a brilliant save, getting fingertips to the ball to turn it away for a corner.

The flag-kick led to another opportunity as the ball came to Menayese but he could only lift it over the bar.

Three added minutes were played and although the Mariners finished the half on the attack, they were unable to make a breakthrough and remained two goals down at the interval.

Jackson and Waterfall replaced Khouri and Lamy before the restart as Clifton moved into midfield and Hewitt switched to right-back.

Morecambe thought they had sealed the points on 48 minutes when Stockton went through and clipped the ball over the advancing McKeown but Menayese got back to make a brilliant clearance off the line.

At the other end, Habergham sent over a cross from deep on the left but Hanson could not direct his header towards goal and the ball dropped wide for a goal kick.

Hewitt did well to get down the right and win a corner on 54 minutes but from it, Waterfall was beaten to the ball by defender Kelvin Mellor, who was fouled in the process.

Jackson saw a shot blocked for a corner three minutes later after cutting in from the left but Habergham's delivery from the flag was punched clear by Letheren.

Matete then hit a low effort just wide of the far post from the right as Town continued to push forward.

Another opportunity came on the hour as a cross from Habergham was met by John-Lewis at the far post but his header was stopped by Letheren.

Ryan Cooney replaced Freddie Price in Morecambe's first substitution, before a foul on Jackson gave Town a free kick on the left and after Habergham's ball broke for Menayese, his shot was deflected wide for a corner, which led to Waterfall glancing a header wide.

Stephen Hendrie came on in place of Wildig for the visitors with 16 minutes to go and a corner came four minutes later but caused no problems for the Town defence as the ball from it landed on the roof of the net.

But Morecambe made sure of the points on 81 minutes when they scored a third goal. Toumani Diagouraga won the ball in midfield and set off on a run through the middle before playing it wide for Cooney, whose low cross was slid into his own net by WATERFALL.

Brad Lyons came on for Songo'o, Liam McAlinden replaced Stockton and Alex Kenyon came on in place of Diagouraga as the away side made a triple-substitution with three minutes remaining.

Four added minutes were played at the end of the game and Morecambe saw them out to ensure a clean sheet to go with their three points.

And results elsewhere mean the Mariners are now nine points adrift of the safety mark, with just four games remaining.

Town are next in action on Saturday, when they travel to Oldham Athletic.

Next Up: Oldham Athletic (A)

The Mariners Welcome Morecambe For Penultimate Home Fixture Of The Season


Morecambe make the journey to Blundell Park this Tuesday for our penultimate home game of the 2020/21 season.


The kick-off time for our fixture at home to Morecambe later this month has been brought forward. 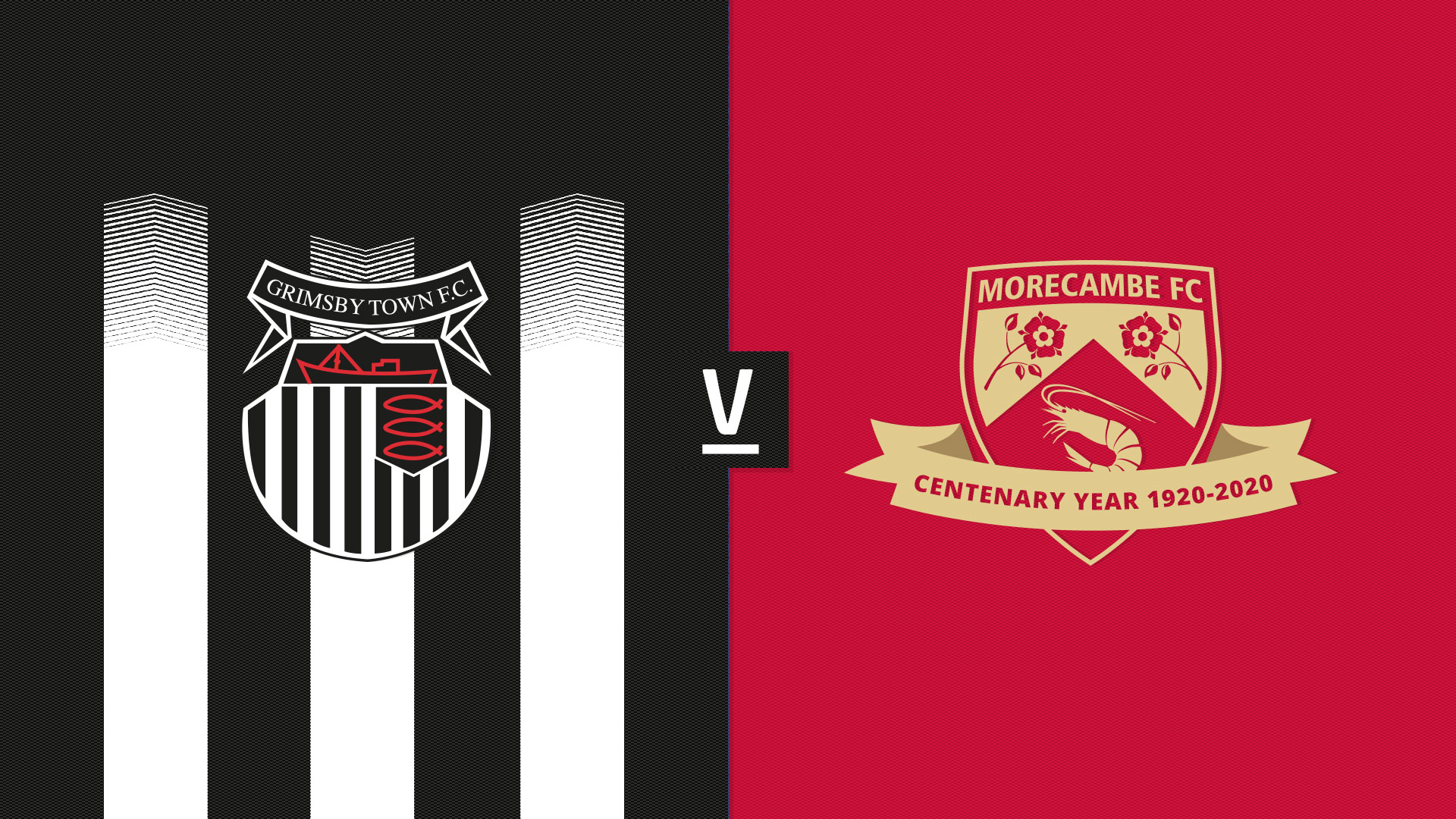 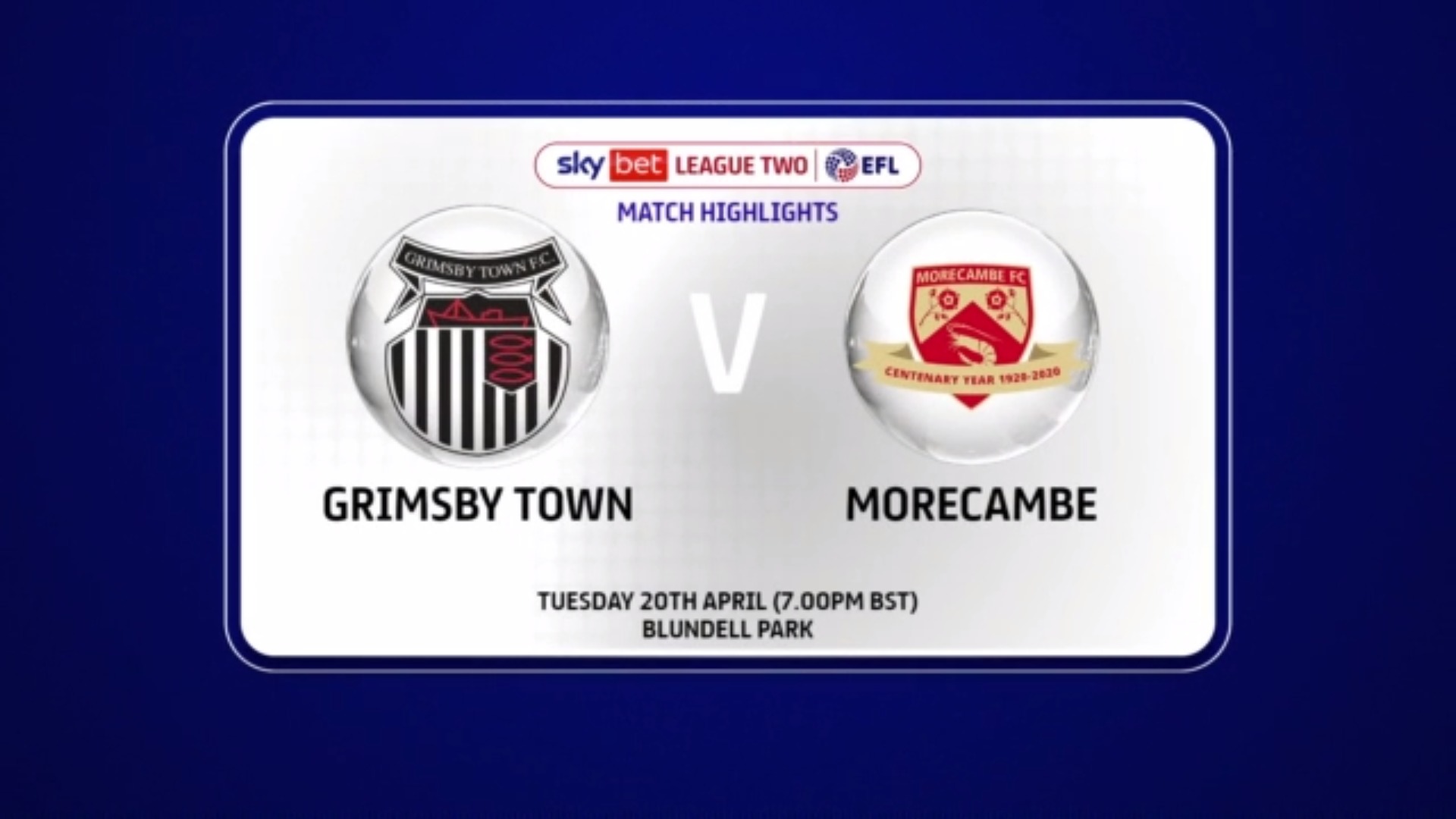 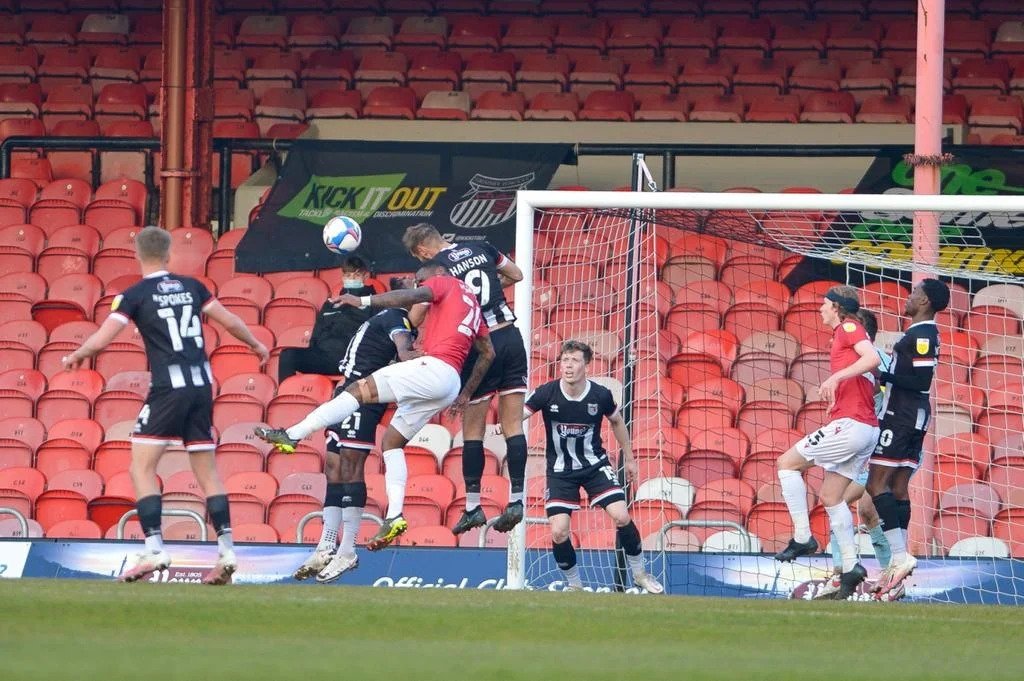