Listen to what Town boss Ian Holloway has to say ahead of Tuesday’s Sky Bet League to clash at Southend United.

Speaking on iFollow Mariners, Ollie said: “We are going into a fantastic run of games, I am really excited about this. This is what you are a manager for, really. When things are going wrong you want to turn it around. You believe in your squad, you believe in what you are doing – what a great test.

“We play Southend away who have just beaten the team we are going to play on Saturday, Scunthorpe. You can’t ask for two better games than that to test ourselves and test our character.”

Listen to the full pre-match press conference – only on iFollow Mariners.


The Mariners return to Sky Bet League Two action this Tuesday for the trip down to Southend United on Tuesday 15th December for a 7:45pm kick-off.


Our fixture away at Southend United on Tuesday 15th December has reverted back to its original kick-off time.


The kick-off time for our away trip to Southend United has been brought forward.

Grimsby Town suffered a major setback as they were beaten by bottom-of-the-table Southend United at Roots Hall.

The Mariners fell behind with less than 30 seconds on the clock when Kyle Taylor opened the scoring.

But after conceding, Town were by far the better side for the remainder of the first half and after hitting the post and crossbar, they finally got themselves level when Ira Jackson Jr struck in stoppage time to make it 1-1.

It was a different story in the second half though as Southend reclaimed their lead through Tom Clifford and went on to control the rest of the game, with substitute Greg Halford adding a third goal just hours after signing for the club, having previously been training with Town.

And Luke Waterfall was sent off in stoppage time after being shown a second yellow card to add to what had been a bad night in Essex.

Saturday's goalscorer Jackson was rewarded with his first league start as one of three changes to the Town starting XI following the draw with Mansfield.

Luke Hendrie returned from suspension and Owura Edwards was also restored to the starting line-up as Terry Taylor, George Williams and Kyle Benett dropped out.

Harry Clifton, Danny Rose and Elliott Hewitt were the midfielders, with Jackson, Owen Windsor and Edwards in attack.

Taylor and Bennett were both named among the substitutes, along with James McKeown, Filipe Morais, James Tilley, Montel Gibson and Alhagi Touray Sisay.

Southend came into the game buoyed by their win over Scunthorpe on Saturday, which was their first home victory of the season.

The hosts remained adrift at the bottom of the table though and were looking for another three points to get themselves closer to the teams directly above them.

The Mariners made a nightmare start to the contest as Southend took the lead in the first minute. A cross from the right was not fully dealt with and the ball fell to Bournemouth loanee TAYLOR, who controlled it and fired past Russell from 20 yards.

Jackson did well to win a throw-in on the right as Town looked to respond quickly and it led to Rose hitting a volley from the edge of the box which was deflected away for a corner.

Jackson narrowly failed to connect with a cross from Rose on the right after the corner was not fully cleared, then a home free kick at the other end was cleared.

A cross from Hewitt on the left on 13 minutes fell to Windsor at the far post but he was unable to turn it towards goal.

Soon afterwards, the Mariners went close to an equaliser as Edwards went on a run which took him into the box but after he pulled the ball back for Jackson, the striker's first-time effort came back off the post.

After the initial shock of going a goal down, the away side had responded well and were on top as they looked to get back on level terms.

A Rose free kick was headed out for a corner on the left after the ball had been flicked on, although the referee spotted a foul as the delivery came across from the flag and gave a free kick to Southend.

Town were forced into making the first substitution of the game on 23 minutes after Rose went down with an injury. Morais was sent on as his replacement.

A Jackson cross was cleared on the half-hour, with another ball from Hendrie headed away as the Mariners continued to attack.

Another opportunity to get the ball into the danger zone came with a free kick on 34 minutes but after Morais' ball was met by Windsor, the striker's looping header hit the bar.

Southend had shown little attacking threat since the goal but they did have a chance on 36 minutes, with midfielder James Olayinka firing at Russell from the edge of the penalty area.

A good cross from Morais was headed clear, before a low, 25-yard effort by Clifton went wide of the far post.

More good play by Morais saw him work the space for a cross from the right but the ball bobbled awkwardly in front of Windsor.

Four added minutes were played at the end of the half and in the last of them, the Mariners' dominance finally told as they got their equaliser. A low cross from Morais on the right was helped towards goal by Clifton and after it was blocked by goalkeeper Mark Oxley, JACKSON was there to convert the rebound from close range.

After making the worst possible start, Town had quickly grown into the game and to go in level at the break was the least they deserved.

Simeon Akinola and Terrell Egbri replaced Emile Acquah and Kazaiah Sterling as the home side made a double-substitution before the restart.

After a relatively quiet opening to the second half, a Southend free kick on the left was cleared, as was a follow-up cross from Egbri on the opposite flank.

Waterfall had to head over his own bar for a corner after Sam Hart did well to get a cross in from the left on 56 minutes. And from the flag-kick, the hosts restored their advantage when the ball was played low to CLIFFORD, who was unmarked in space on the edge of the box and drilled it through a crowd of players into the far bottom corner of the net.

Taylor and Hart were replaced by Alan McCormack and Halford as Southend made a second double-change on 64 minutes.

Town responded with two substitutions of their own as Gibson and Tilley came on in place of Windsor and Clifton.

Hewitt became the first to be shown the yellow card when he brought Egbri down after the substitute had set off on a pacy run through the middle.

Gibson did well to hold the ball up and draw a foul from defender Timothee Dieng close to the edge of the box on 70 minutes. Morais' shot from it went over the bar.

Waterfall was booked for a foul on Halford but the resulting free kick caused no serious problems.

But Town suffered a huge blow soon afterwards as Southend grabbed a third goal. A cross from Clifford on the left fell for HALFORD and his header squirmed through Russell's legs and went into the net for 3-1.

Bennett and Sisay came on in place of Edwards and Jackson as the away side looked for something different in a bid to claw a way back into the game with 12 minutes to go.

A Grimsby corner from the right turned into another one as Morais' cross was blocked, then a foul by Egbri gave Town a free kick in a promising position, 30 yards out. Morrais sent it into the box but after the ball was only half-cleared, Tilley's sliced shot was blocked.

Olayinka won a corner on the Southend left on 84 minutes but it was cleared by Sisay and the Mariners launched a counter-attack which led to Gibson winning a throw-in.

As the clock ticked down though, the hosts were starting to look comfortable and they won a string of corners as they kept the ball as far as possible from their own goal.

And as the game moved towards the end of four added minutes, Town's night got even worse as Waterfall caught Halford with his arm in an aerial challenge and was shown a second yellow card.

The final whistle came soon afterwards and the home side were left to celebrate their first back-to-back wins since the autumn of 2018.

The Mariners are next in action in a big local derby against Scunthorpe United at Blundell Park on Saturday.

Next Up: Scunthorpe Utd (H)


The Mariners return to Sky Bet League Two action this Tuesday for the trip down to Southend United on Tuesday 15th December for a 7:45pm kick-off.


Our fixture away at Southend United on Tuesday 15th December has reverted back to its original kick-off time.


The kick-off time for our away trip to Southend United has been brought forward. 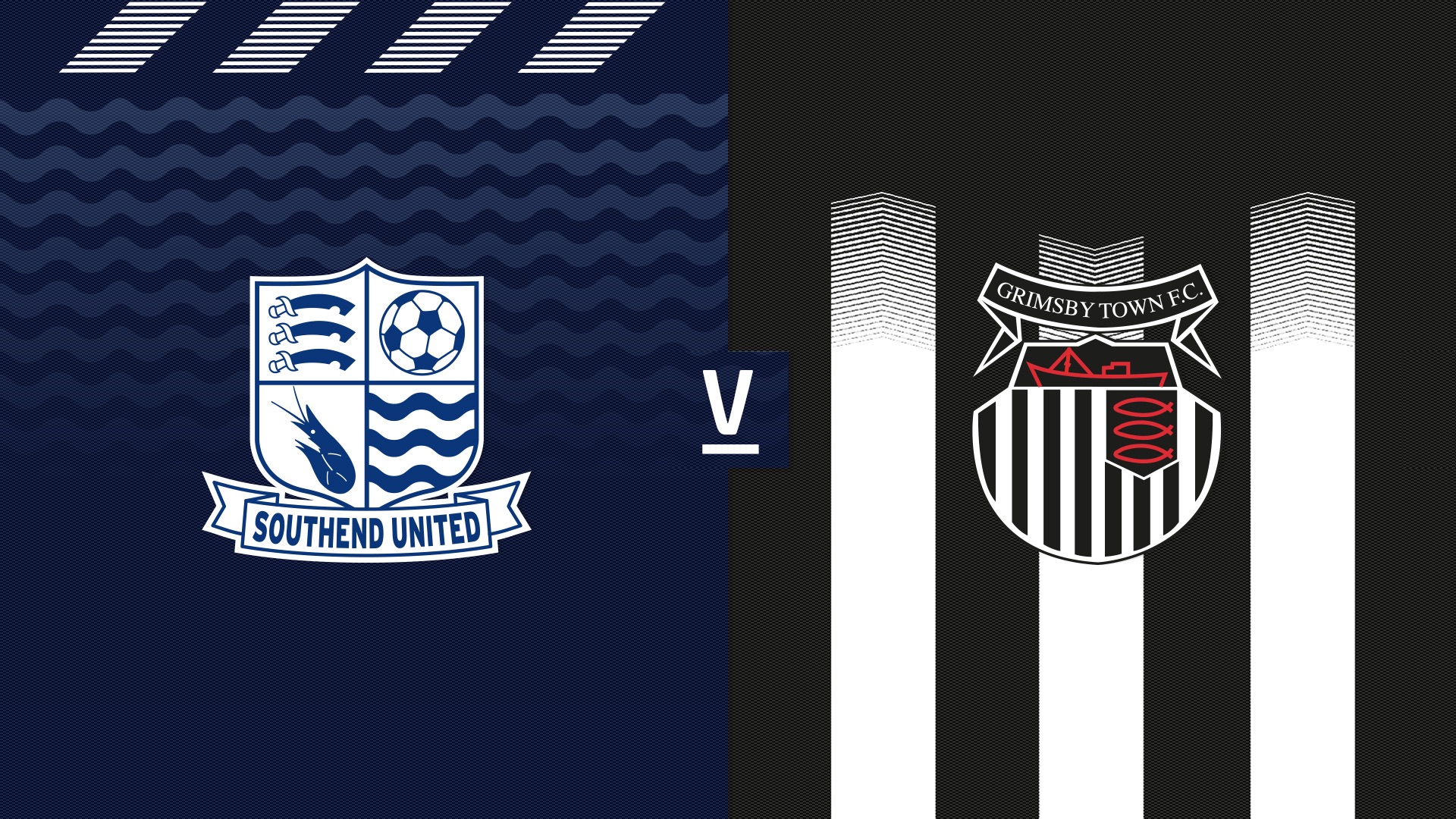 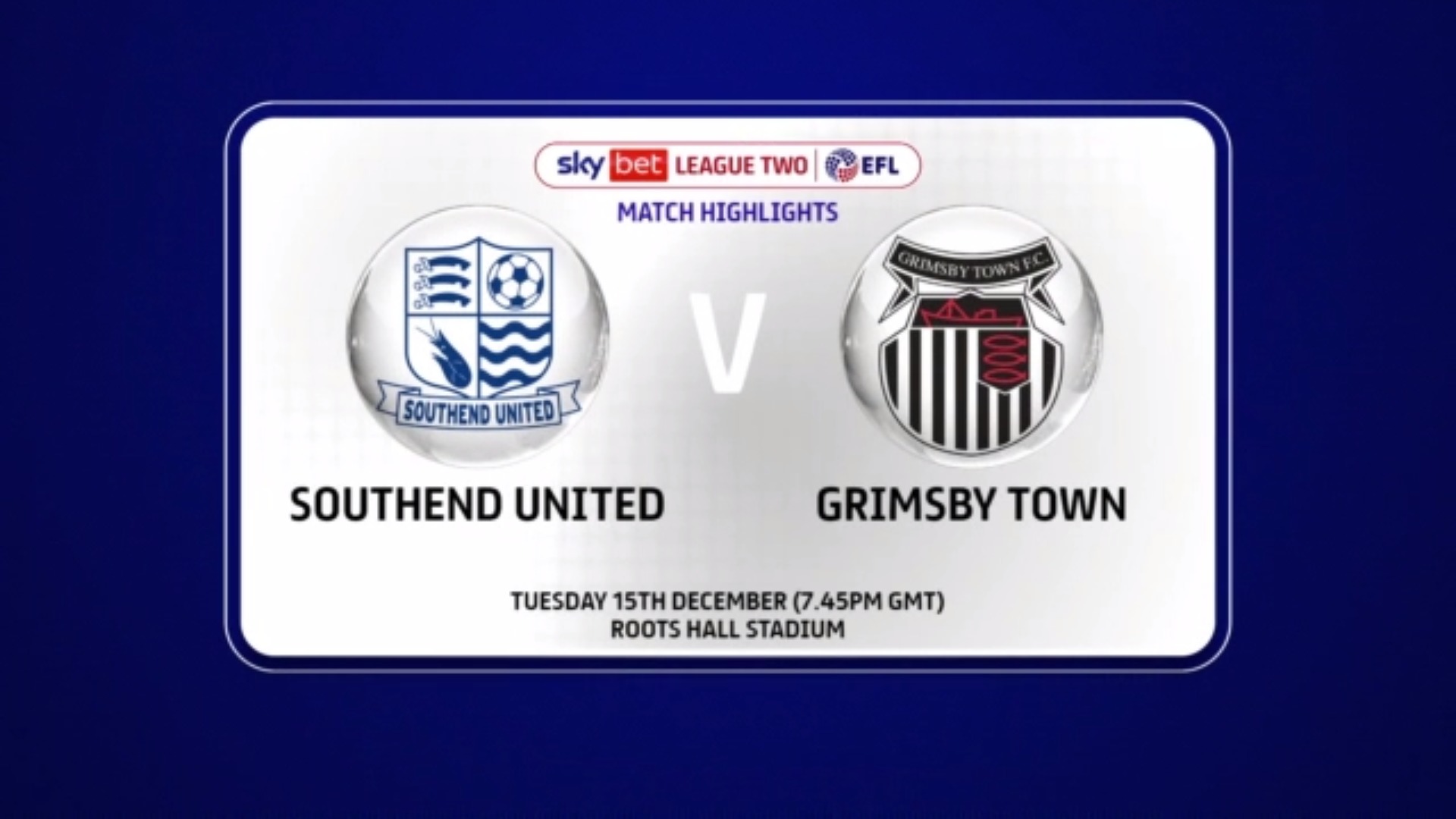 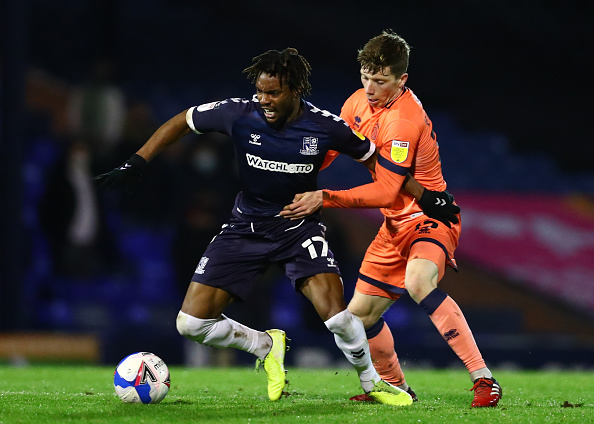