Hurst has told his players that they are entering a busy period of games.

Speaking on iFollow Mariners, he said: “As I said to the players - this game starts off ten games in 32 days, so it’s unrealistic to think we are going to keep the same team all the time.

“There will be changes as we move along, whether that’s just personnel, or whether it’s the formation - we have said to the players they have to be ready to be a part of it and take their chances when they do come along.

“For some it will be fewer than others, and some players might have to play in all of the games. I have stressed the importance of the whole squad to the players.”

Listen to the full interview with the Town boss - only on iFollow Mariners.

The Mariner Makes A Return This Evening


Our award-winning match day programme, The Mariner returns this afternoon for the visit of Crawley Town to Blundell Park.

Grimsby Town moved off the bottom of League Two as they earned a vital victory over Crawley Town at Blundell Park.

In windy conditions, the Mariners took the lead through Filipe Morais midway through the first half but the visitors hit back when Jack Powell equalised from a free kick.

Town were forced to defend for long periods as Crawley looked the more dangerous of the two sides but when the winning goal came 11 minutes from time, it was Joe Adams who grabbed it to give the hosts all three points.

Joe Bunney was sent off after being shown a second yellow card in stoppage time but Grimsby held on to complete a league double over Crawley, having also won the reverse fixture in November.

After their previous two scheduled games were postponed, Town were returning to action for the first time since a 1-0 defeat at Newport County on February 6.

Manager Paul Hurst made two changes to his starting XI from the team which began that game, as Danny Rose and Morais replaced Harry Clifton and James Hanson.

Crawley began the game 12th in League Two but just six points away from the play-off positions and looking for a win which would keep them in touch with the top seven.

The visitors' starting line-up included two familiar faces in the shape of James Tilley, who made the move from the Mariners during the January transfer window and Jake Hessenthaler, who left Blundell Park for Sussex last summer.

An early shot by Ashley Nadesan was held by Eastwood after a cross from the right, then a big chance came when Nadesan went clear through the middle but when he tried to lob Eastwood, the keeper reached up and managed to get his hand to the ball.

At the other end, a foul on Payne gave the Mariners a free kick on the left on seven minutes. Morais' ball into the penalty area was headed out for a corner by defender Joe McNerney and the flag-kick led to El Mizouni volleying high and wide.

A Crawley corner soon afterwards led to Jordan Tunnicliffe heading wide after a well-worked move, before another opportunity for Nadesan led to the striker firing wide of the near post.

A good cross from Morais on the right was flicked away from danger, then Payne's chipped cross was also cleared before it could reach Morais as the hosts looked to cause some problems of their own.

Payne was fouled as he tried to turn away from McNerney just inside the Crawley half on 19 minutes but Bunney's delivery into the box from the free kick was too close to keeper Glenn Morris, who claimed a comfortable catch.

But the next time the Mariners attacked, they took the lead. A great cross-field ball from Adams found MORAIS on the right and he beat Morris with a powerful low strike from 20 yards that nestled in the far corner of the net.

Bunney was spoken to by the referee after a foul on Nadesan on the Crawley right on 25 minutes but the resulting free kick was dealt with by Eastwood, who pushed Sam Matthews' delivery away for a corner.

Another free kick came in a dangerous, central position when Josh Wright was fouled on the half-hour and this time, it led to a Crawley equaliser as POWELL stepped up to beat Eastwood from 25 yards.

Wright was shown the first yellow card of the game after a late challenge on Adams near the halfway line but the ball into the box from the free kick was eventually dealt with by the away defence.

The visitors were inches away from completing the turnaround on 37 minutes when a cross from Matthews on the right fell for Nadesan at the far post but the scores remained level as his side-footed volley hit the top of the bar.

A powerful effort from Wright was pushed away by Eastwood and bounced off Waterfall for a corner as Crawley continued to push forward, although the pressure was eased when the ball from the flag was headed wide.

A stoppage came after Matthews stayed down following a collision just inside the Town half but he was passed fit to continue.

Two minutes of stoppage time were played at the end of the first half, with Crawley on the attack through the pace of Nadesan, who hit the side-netting with a shot from a tight angle on the left.

That proved to be the last opportunity for either side before the half-time whistle, with the scores still level at 1-1.

No changes were made before the restart, with the strong wind now behind the Mariners as they attacked the Pontoon Stand end of the ground.

A good cross from Morais on the right was headed clear on 52 minutes, then Adams and El Mizouni also saw crosses headed away in what was a promising spell of home pressure.

At the other end, a low effort by Matthews was stopped by Eastwood before a handball by Bunney gave away a free kick in a central position, 25 yards from goal. Goalscorer Powell took it but this time, his shot sailed over the bar.

A foul on Payne gave Town a free kick inside the Crawley half on 57 minutes but Bunney's delivery towards the penalty area was headed clear.

Matthews won a corner on the away right on the hour but nobody could get on the end of the ball from the flag and it was cleared.

Matete saw a shot from distance blocked after a good run by El Mizouni, then a free kick from Hewitt near the halfway line led to keeper Morris blocking a shot by Waterfall.

Hanson replaced Rose as Town made the first substitution of the evening on 65 minutes, with the striker partnering Payne in what was now a 4-4-2 formation.

Jake Hesketh and Archie Davies were then sent on for Crawley, with Tilley and Matthews making way.

Bunney was booked for a foul on striker Tom Nichols on the away right but the defender made amends for his error by heading the ball clear frrom the free kick.

Soon afterwards, Adams was shown the yellow card for what was adjudged to be simulation after he went down under a challenge just outside the box.

Morais cut in from the right on 72 minutes and hit a shot which was blocked, before an error by Menayese at the other end let Nadesan in, only for an excellent block to come after the striker stayed on his feet following a strong challenge by Waterfall, who was booked.

John-Lewis replaced Payne two minutes later, then a volley from Wright was blocked after more good play by Nadesan.

A header from Nichols was straight at Eastwood after more Crawley pressure, before a quick Town break led to a cross from Morais, which was cleared for a throw-in. And from it, the Mariners reclaimed their lead with 11 minutes to go as Hewitt's throw was helped on by Hanson and ADAMS was in the right place to apply a clever, flicked finish at the far post.

Tarryn Allarakhin replaced Wright in the Crawley midfield, then Coke came on for Adams and Hendrie replaced Morais as Town made a double-substitution.

Nadesam was replaced by Davide Rodari with six minutes to go, before Hewitt was booked for a foul inside the Town half.

Four added minutes were played at the end of the game and the Mariners were forced to finish it with 10 men after Bunney was shown a second yellow card for a foul close to the right edge of the home penalty area. The free kick was played to Hesketh on the edge of the box but his shot flew over the bar.

Crawley had one final chance to snatch a point but a corner led to the ball being headed over the bar and the points were Town's, giving Hurst his first win since returning to the club.

The Mariners are next in action on Saturday, when they travel to Harrogate Town.

Next Up: Harrogate (A)

The Mariner Makes A Return This Evening


Our award-winning match day programme, The Mariner returns this afternoon for the visit of Crawley Town to Blundell Park. 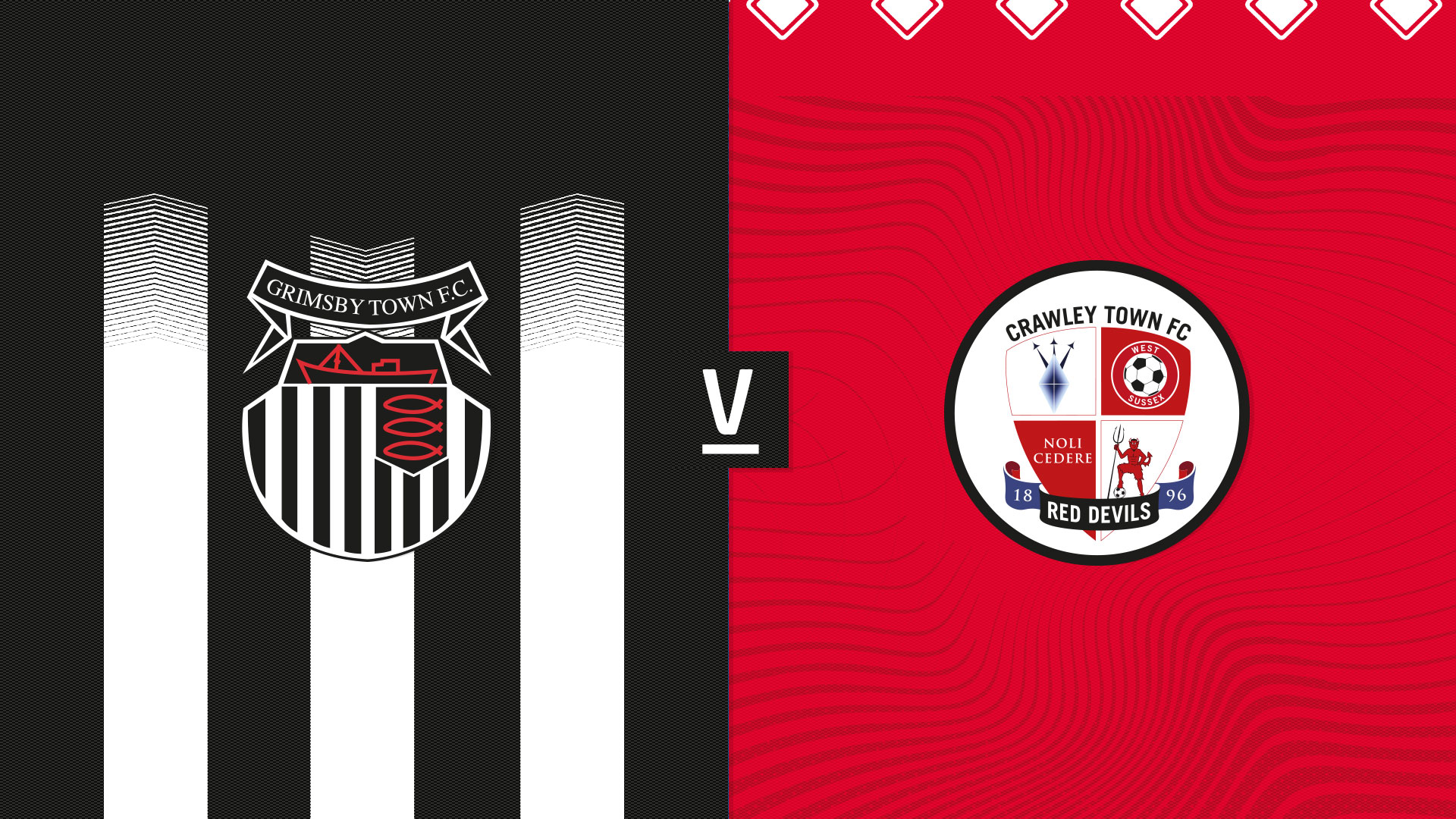 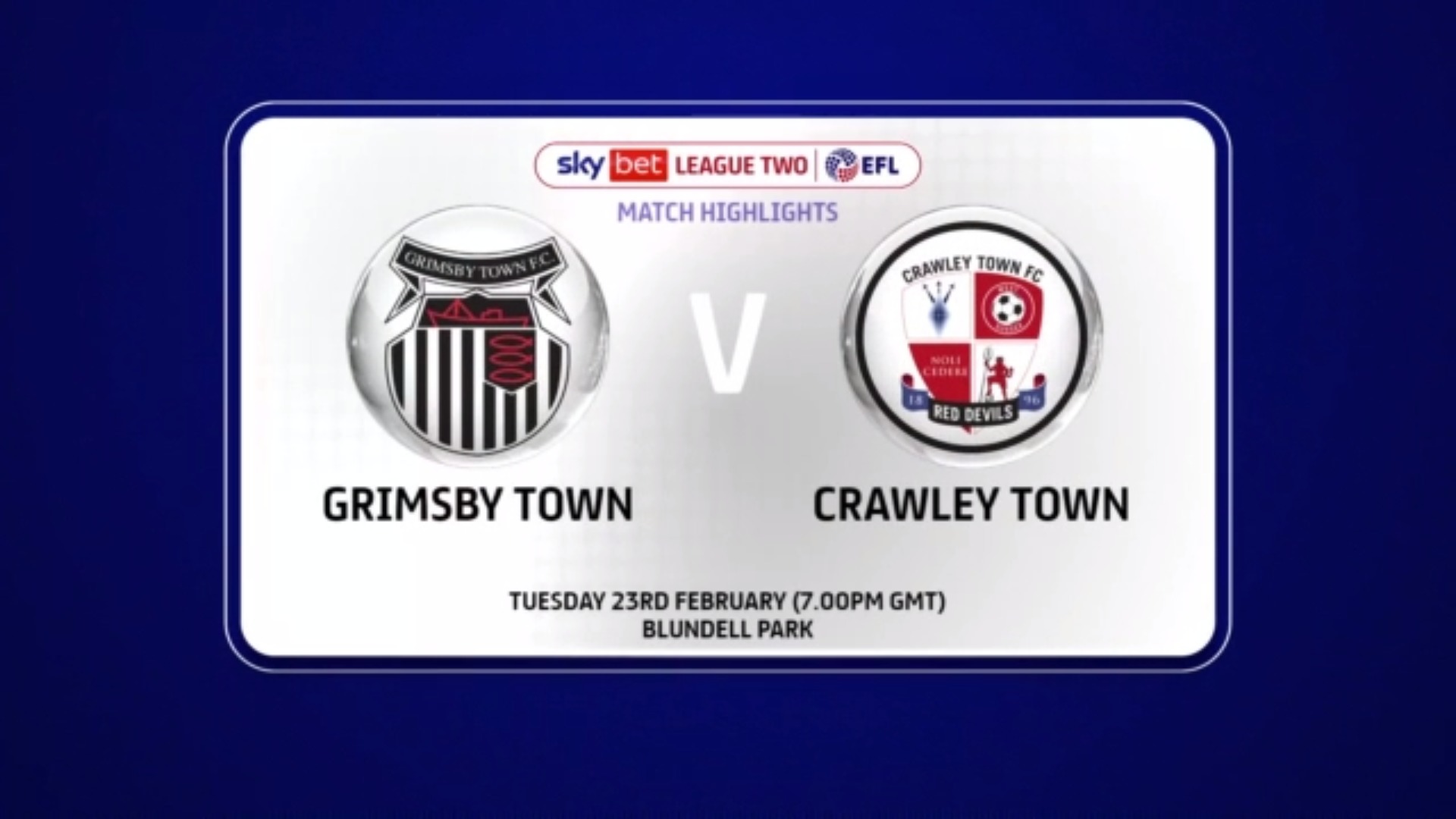 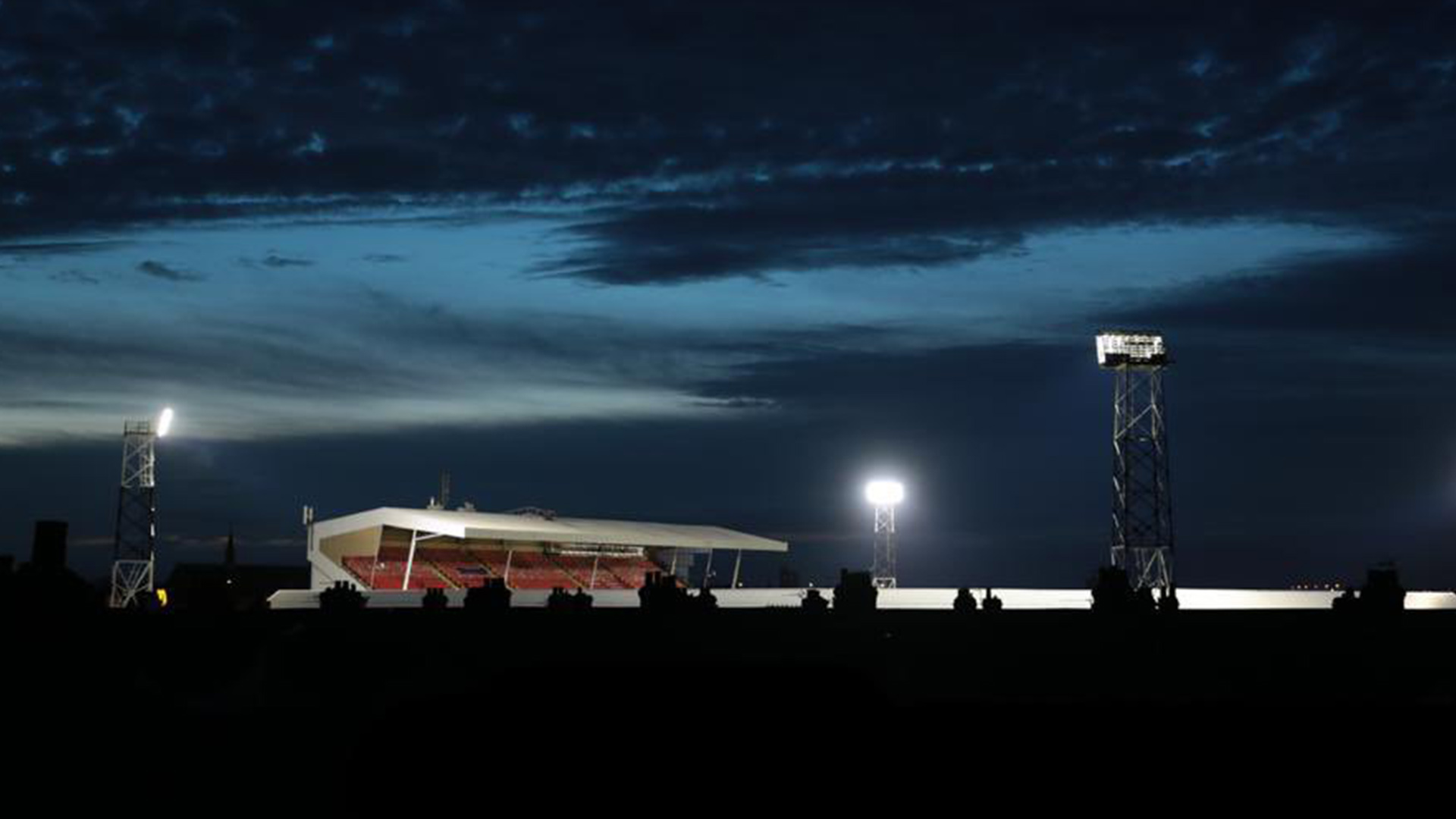