Speaking on iFollow Mariners, Hurst said: I’m not trying to downplay it - I wouldn’t class it as a pressure game, we haven’t got the fans there to add to that sort of feeling.

“We know it’s important, of course, it is, but you only have to look at our league position to know every game’s important.

Listen to the full interview with Paul Hurst - Only on iFollow Mariners.

Injury news – including the latest on James Hanson’s comeback

The Mariners Back In Action This Afternoon!


Grimsby Town welcome Southend United to Blundell Park this Saturday for a 3pm kick-off, the first in a run of huge games for the Mariners.

The Mariner Returns This Afternoon


Our award-winning match day programme, The Mariner returns this afternoon for the visit of Southend United to Blundell Park.

In a game of few chances on a pitch made heavy by rain throughout the week, the Mariners worked hard and defended well to secure a clean sheet.

But they were unable to force a breakthrough at the other end as a hard-fought match ended in stalemate.

Paul Hurst made four changes to his Town starting line-up following last week's defeat at Port Vale, with Sam Habergham coming in for his first start as Max Wright, Luke Spokes and George Williams returned to the XI.

Harry Clifton, Danny Rose and Filipe Morais missed out, while Kyle Bennett dropped to the bench.

James McKeown became the club's record appearance-maker for a goalkeeper as he lined up between the sticks for the 473rd time, with Luke Hendrie, Mattie Pollock, Luke Waterfall and Habergham forming the defence.

Alongside Bennett on the bench were welcome returns to the matchday squad for James Hanson and Sean Scannell, with Sam Russell, Joe Starbuck, Montel Gibson and Ira Jackson Jr completing the list of substitutes.

Southend made the journey north knowing a win would take them off the bottom of the table and depending on results elsewhere, they could also escape the relegation zone with three points.

They were also looking to complete a league double over the Mariners, having won the reverse fixture 3-1 at Roots Hall last month.

Southend were the first to attack, with Reeco Hackett-Fairchild hitting the side-netting from a narrow angle after a cross by James Olayinka.

The visitors made the brighter start to the contest and Hewitt had to concede the game's first corner on seven minutes, which was cleared by Spokes.

Grimsby's first opportunity to get the ball into the Southend penalty area came with a Hewitt long throw on 10 minutes but Waterfall's flicked header from it was caught by keeper Mark Oxley.

A foul on Olayinka gave the away side a free kick on the right but Sam Hart's delivery was cleared and a Mariners counter-attack saw Wright make progress through the middle before finding Green, whose deflected shot from 20 yards went through to Oxley.

Another run from Wright soon afterwards led to Hendrie crossing but Oxley was first to the ball.

Ash Nathaniel-George won a corner for the visitors on 16 minutes after good skill on the left saw him work an opening for a cross. The ball from the flag was not fully dealt with after it was punched by McKeown but the offside flag eventually relieved the pressure on the Town defence.

A stoppage came when Olayinka stayed down after a tangle with Hewitt but he was eventually passed fit to continue.

A further away corner came on 24 minutes and after a low ball across goal, it was cleared for another one. This time, McKeown punched clear but Southend retained possession and the pressure continued with a low effort by Hackett-Fairchild, which was blocked for yet another corner. This time, the delivery from the right was caught by McKeown.

The Mariners created a chance at the other end as Preston worked his way into the box on 27 minutes but after the ball broke for Spokes, he fired over the bar from 20 yards.

Town won a corner when a cross from Green on the left was cleared but Williams' ball from the flag was headed over Hewitt and away from danger, with Hart completing the clearance.

A foul by Pollock on striker Simeon Akinola gave Southend a free kick on the halfway line on 33 minutes. Olayinka, still struggling from the effects of the earlier challenge with Hewitt, was replaced by Alan McCormack in the game's first substitution before it was taken and the delivery into the box was then cleared by Pollock.

Green was adjudged to have kept the ball in on the left following a throw-in and he did well to win a corner but the referee spotted an infringement as Williams swung the ball in from the flag.

A weak effort from Timothee Dieng at the other end went through to McKeown, before a long throw from Habergham was cleared after Waterfall had won the initial header.

Southend won a corner on the left five minutes before the break but they were unable to make it count as Hackett-Fairchild eventually sent a cross-shot over the bar for a goal kick.

Three added minutes were played at the end of the half and Williams and Elvis Bwomono were both spoken to after the defender retaliated following a foul by the Mariners attacker.

A cross from Hackett-Fairchild on the right was headed straight at McKeown by Akinola and that proved to be the last action of the first half, meaning a game with few moments of genuine quality so far remained goalless at the interval.

No further changes were made before the restart and Town started brightly and on the attack, although neither Green nor Williams could make the most of early opportunities.

Hackett-Fairchild ran through the middle and let fly from 30 yards on 51 minutes but his shot was straight at McKeown and the keeper made a comfortable catch.

A free kick from Hart on the Southend left was dealt with, then Hendrie made a good block after some trickery from Akinola inside the penalty area.

A foul on Green on the Town left brought an opportunity to get the ball into the danger zone and Habergham's free kick was met by Waterfall but after Wright went down, the ball was scrambled clear. The Mariners retained possession and the ball was played back into the box but the offside flag went up.

Another free kick from the left signalled the start of a spell of Town pressure, with a low ball from Wright then turned away for a throw-in. Another cross was met by Waterfall but he was penalised for a foul.

The visitors went close to taking the lead on 65 minutes when a neat attacking move led to Nathaniel-George getting the ball inside the box. His shot took a deflection and looped just over the bar though, meaning the only damage was a corner. The short delivery from the flag was well-read by Wright, who brought the ball clear.

Hanson made his long-awaited return as he replaced Williams in Town's first substitution on 67 minutes.

A free kick from Hart on the away left was headed clear by Spokes, then a foul on Wright gave the Mariners a free kick on the halfway line, which did not lead to a chance in front of goal.

Habergham was shown the first yellow card of the game for bringing Hackett-Fairchild down midway inside the Grimsby half. The resulting free kick was cleared at the edge of the penalty area.

McCormack was booked for his protests after a foul by Green, then Jackson replaced Green in the home attack with 15 minutes left on the clock.

Another Southend free kick came after Nathaniel-George was caught by Hewitt but Hart's shot from 30 yards went straight into the Town wall.

McKeown had to race off his line to beat Akinola to a loose ball after Habergham's short back-pass and get it away for a throw-in.

A cross from Hart was punched away from danger by McKeown as the visitors looked to be getting on top with seven minutes to go.

Scannell was sent on in place of Wright as Town aimed to fore a breakthrough which would secure all three points.

A cross from the away right found its way through to Nathaniel-George at the far post but his header bounced down for McKeown.

Four added minutes was signalled as Spokes was booked for a foul on McCormack on the halfway line.

Another foul by Hewitt gave Southend a chance to get the ball into the box from halfway and when it was not dealt with by the Town defence, McKeown made a brilliant block to deny Nathaniel-George from point-blank range and get the ball away for a corner.

The ball from the flag led to more away pressure but Town eventually managed to clear their lines for one final time to ensure they took a point from the game.

It was a hard-earned point for the Mariners to ensure they stay above Southend but they remain in the relegation zone ahead of next Saturday's local derby away to Scunthorpe United.

Next Up: Scunthorpe Utd (A)

The Mariners Back In Action This Afternoon!


Grimsby Town welcome Southend United to Blundell Park this Saturday for a 3pm kick-off, the first in a run of huge games for the Mariners.

The Mariner Returns This Afternoon


Our award-winning match day programme, The Mariner returns this afternoon for the visit of Southend United to Blundell Park. 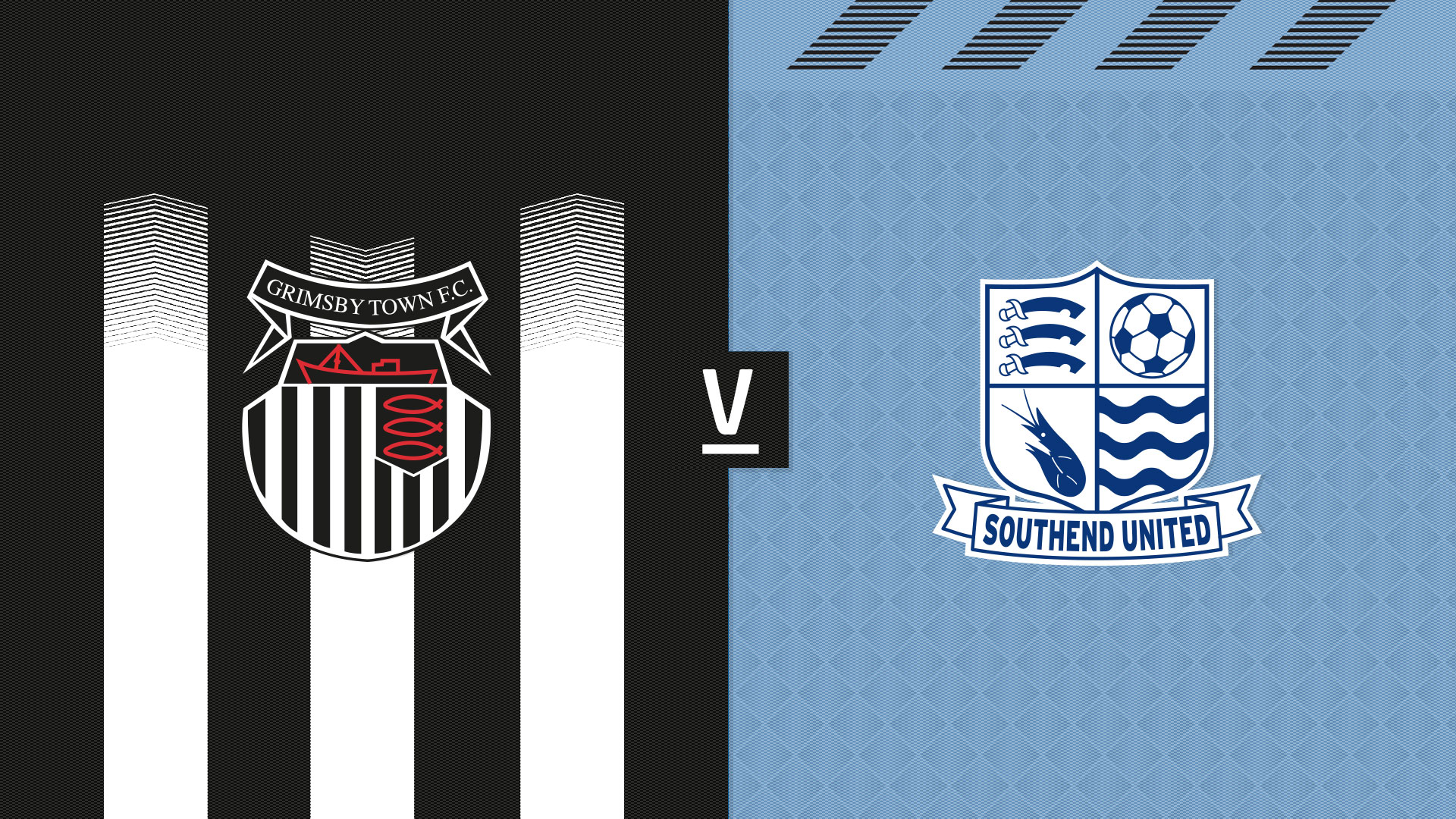 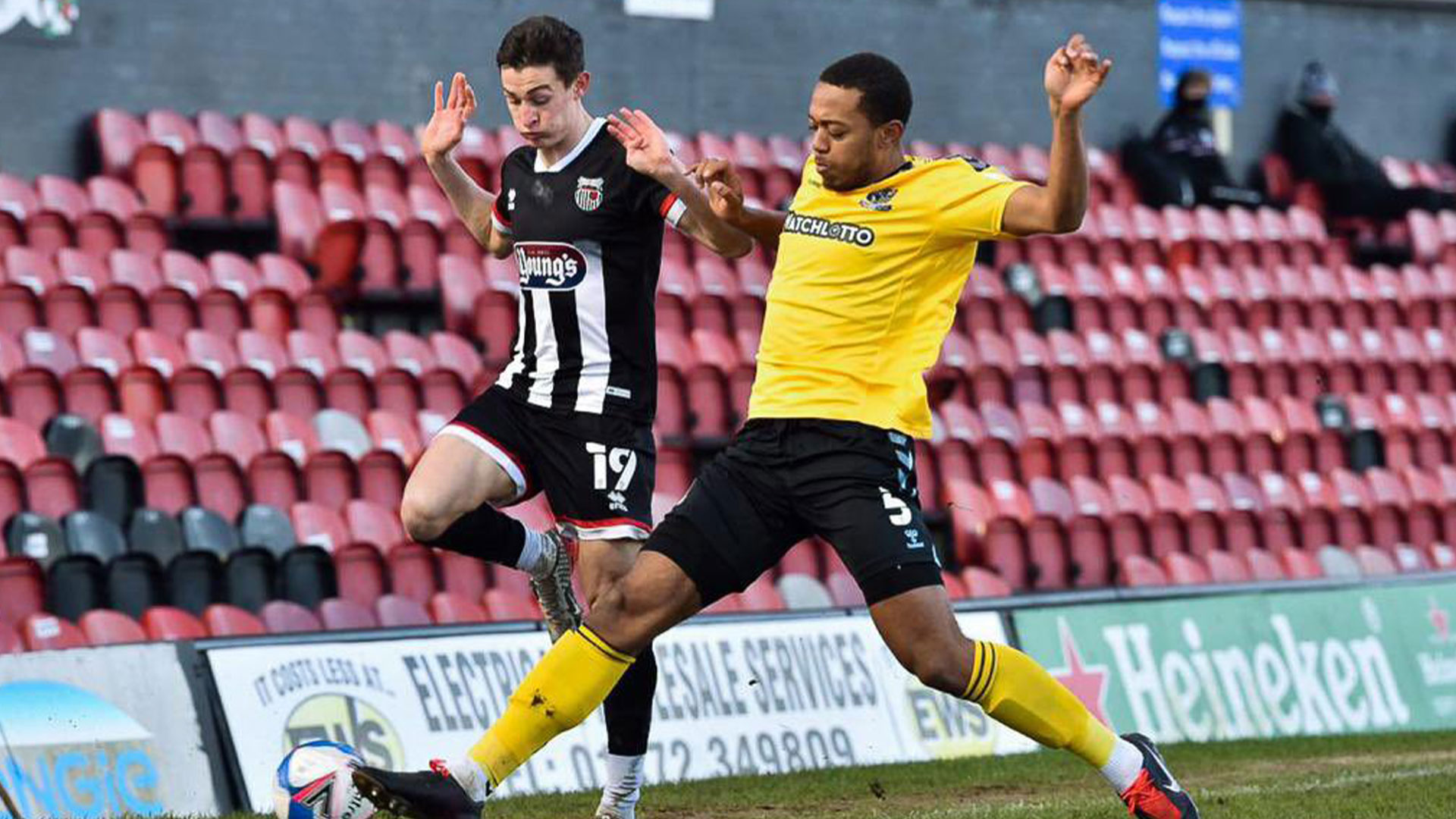