Listen Paul Hurst ahead of Saturday’s trip to Port Vale. On the agenda: The rumours linking Mattie Pollock with the Premier League His view on Sam Habergham The return of James McKeown and the latest injury news. All this and more – only on iFollow Mariners.

The rumours linking Mattie Pollock with the Premier League

Paul confirms his interest in a Nottingham Forest midfielder

The return of James McKeown and the latest injury news.

All this and more – only on iFollow Mariners.

Town On The Road Today


Join us on iFollow Mariners this weekend for unrivalled coverage from Port Vale.

Grimsby Town are still looking for their first points of 2021 after they were beaten by Port Vale at Vale Park.

After home club staff cleared snow from the pitch to ensure the game could go ahead, they were rewarded as Vale took control with two early goals, scored by Shaun Brisley and Devante Rodney.

The Mariners had started positively before the deadlock was broken and had a goal ruled out for offside with the score at 1-0.

They looked to respond after half-time but struggled to test keeper Scott Brown and the result was put beyond doubt on the hour when a Luke Waterfall own-goal made it 3-0.

James McKeown returned from a self-isolation period to reclaim his place in goal as one of two changes to the team that lost at home to Cambridge last time out.

Harry Clifton was the other to come back into the starting XI, while new signing Sam Habergham was handed a place on the bench.

Port Vale came into the game having parted company with manager John Askey earlier in the week after collecting six points from their last 12 games, a run which had seen them slip to within five points of the Mariners, who sat second-from-bottom of the League Two table at kick-off.

Caretaker boss Danny Pugh made five changes to the starting line-up for his first game in charge, with forner Town right-back Zak Mills a familiar face among the XI.

An early cross from Hewitt failed to find a team-mate after a run by Green had been stopped at the expense of a throw-in.

A foul on Hendrie by Alex Hurst then brought a free kick on the right and Bennett's delivery was headed against the post by Pollock, although the offside flag had gone up against the centre-back.

Another Hewitt cross from the right was headed clear as Town's bright opening to the game continued, before a mistake by Hendrie seemed to have let Hurst through but the winger's touch was too heavy and the ball ran through to McKeown.

A cross from David Worrall on the Port Vale right had to be scrambled away and the first corner of the game was headed clear.

The deadlock was broken on eight minutes and it was the hosts who took the lead when a cross from Worrall on the left was headed back across goal by Pope at the far post and BRISLEY got the final touch to send the ball past McKeown.

A free kick from Worrall on the left was comfortably caught by McKeown, before Clifton was pulled down by Luke Joyce to give Town a free kick 25 yards from goal. Joyce was shown the game's first yellow card before Bennett's delivery was headed into the net by Waterfall but the goal was ruled out for offside.

Bennett saw a shot blocked from 20 yards on 14 minutes and Town were soon facing an even tougher task as the hosts doubled their lead. The ball was played out to Worrall, this time on the right, and his cross led to RODNEY powering a header home from close range.

A home corner was cleared after the ball was played low towards the near post, then another effort from Bennett was blocked at the other end after good work by Hendrie to get into the penalty area.

Clifton's header from a Morais cross was deflected wide for a corner and after a low delivery from the flag, Morais flicked the ball up and volleyed straight at keeper Brown.

A push by Waterfall on Rodney gave the hosts a free kick on the left on the half-hour but Worrall's ball from it was headed clear.

Pope went down after being caught by a late challenge from Waterfall on 39 minutes and a free kick was given. Worrall's delivery from it was met by Pope but his header was caught by McKeown.

A Town free kick came at the other end soon afterwards but for the third time, the offside flag went up as the ball was played into the box.

A foul on Green just inside the Port Vale half brought another free kick but the Mariners were unable to create a chance from it.

Town won a corner when defender Nathan Smith was first to a Morais cross from the right but the low delivery was dealt with by the home defence.

Port Vale were given a chance to make it 3-0 in the last minute of the half when a mistake by Pollock gave possession away on the edge of his own box. They were unable to take advantage though as Rodney fired wide after being found by Pope.

Two added minutes were played and Mckeown had to make a brilliant save from Cristian Montano after a powerful run down the left by Hurst. The resulting corner led to Smith heading wide.

That meant Port Vale carried a two-goal advantage into half-time and after the Mariners had made a promising start to the game, they rarely threatened after the hosts quickly took control and it was Pugh's side who looked comfortable at the break.

Williams and Habergham replaced Clifton and Preston before the restart, with Scott Burgess coming on in place of Rodney in the black and white of the home side.

A handball by Mills gave Town a free kick midway inside the home half four minutes in but the ball was cleared after it had been headed on by Waterfall.

Bennett worked the space for a cross from the left two minutes later, although his dangerous-looking delivery was headed away by Montano.

Town had seen more of the ball than their opponents since half-time but as the hour-mark approached, they were still yet to test Brown in the home goal.

And they were punished on 60 minutes when Port Vale grabbed a third goal against the run of play. A great ball forward from Burgess set Worrall through down the right and after he squared across the six-yard line, Waterfall tried to cut it out but could only slide it past McKeown for an OWN GOAL.

David Amoo replaced Hurst after the goal and Town's third change saw Gibson come on for Green on 66 minutes.

Gibson pulled a cross-shot across the face of goal and out for a goal kick, with Brisley shown the yellow card after play had been allowed to continue.

A shot by Amoo was blocked on 70 minutes as the home side went in search of a fourth goal, then a left-wing cross from Worrall two minutes later was blocked for a corner. Worrall's flag-kick was headed away by Gibson.

Wright came on for Morais in Grimsby's fourth substitution with 17 minutes to go and another Worrall corner soon afterwards was headed clear by Waterfall.

Port Vale were now doing most of the attacking, with the Mariners struggling to create any openings.

But the visitors did get a chance on 78 minutes, with Brown making a good save after Bennett's effort from 18 yards took a deflection. The resulting corner was headed wide.

A home double-substitution saw Theo Robinson come on for Pope as Danny Whitehead replaced Worrall with 10 minutes left on the clock.

Gibson fired wide of the near post on 83 minutes after good play by Wright, who drove into the penalty area and pulled the ball back.

Wright was booked three minutes later for a foul, before a late flurry of attacks from the Mariners led to a corner, which eventually turned into another one after Town had kept possession.

Another corner came in the last of four added minutes as the away side searched for a late consolation goal but after a scramble, a free kick was given to Port Vale and they saw out the remainder of the game to secure a clean sheet to go with all three points.

Town remain in the relegation zone and they now face a huge game when they are next in action on Saturday, as bottom club Southend United visit Blundell Park.

Next Up: Southend Utd (H)

Town On The Road Today


Join us on iFollow Mariners this weekend for unrivalled coverage from Port Vale. 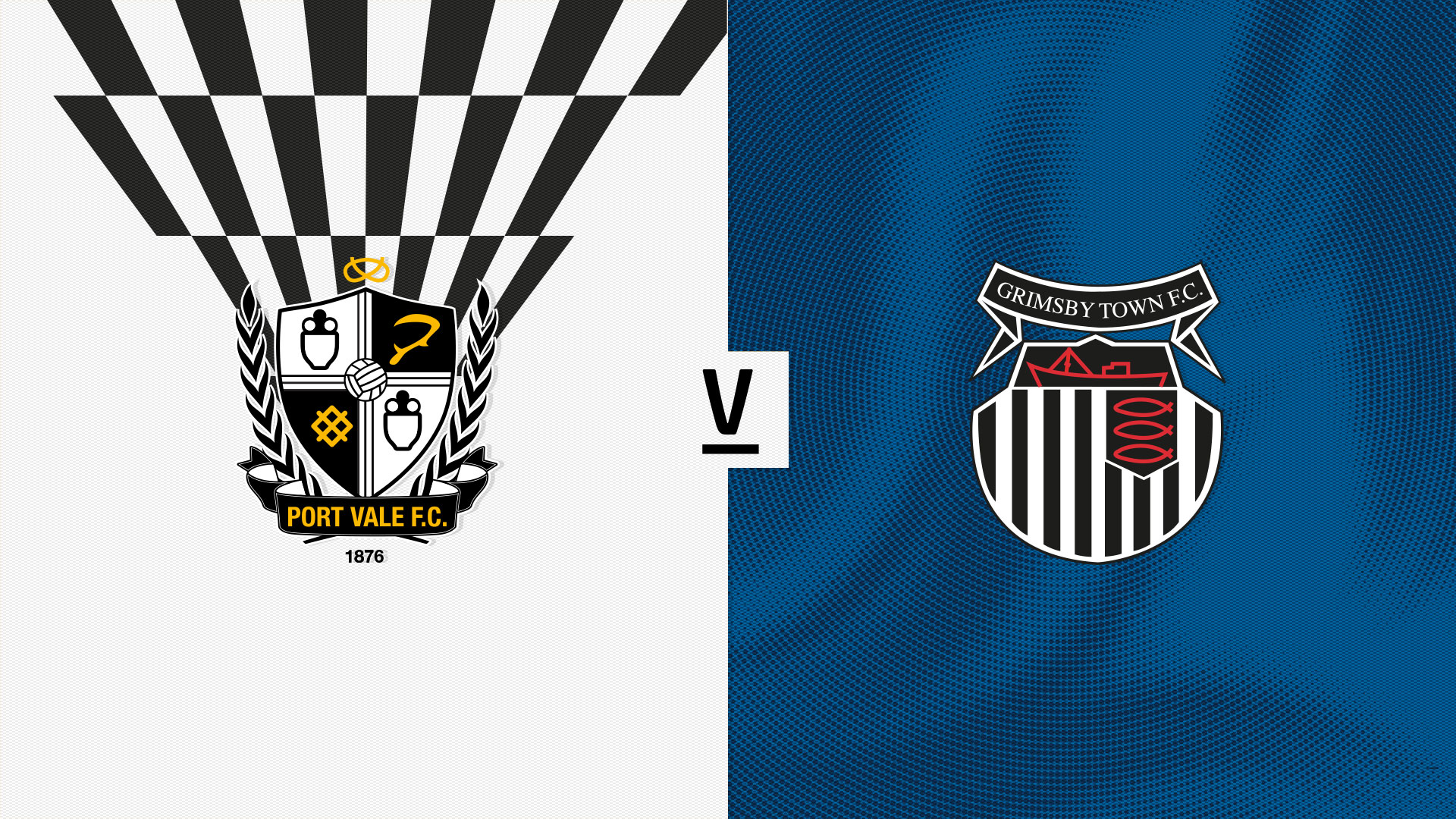 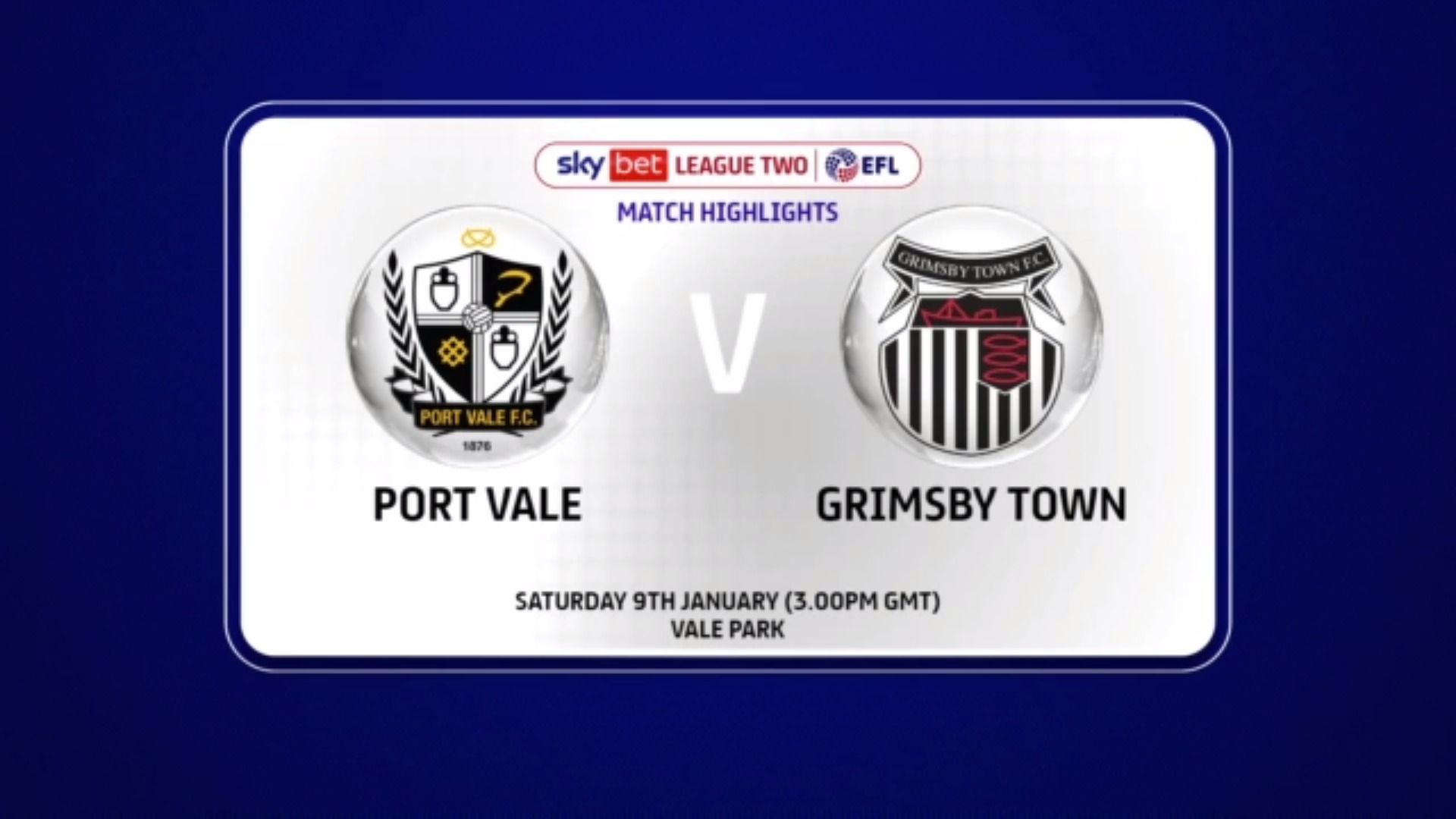 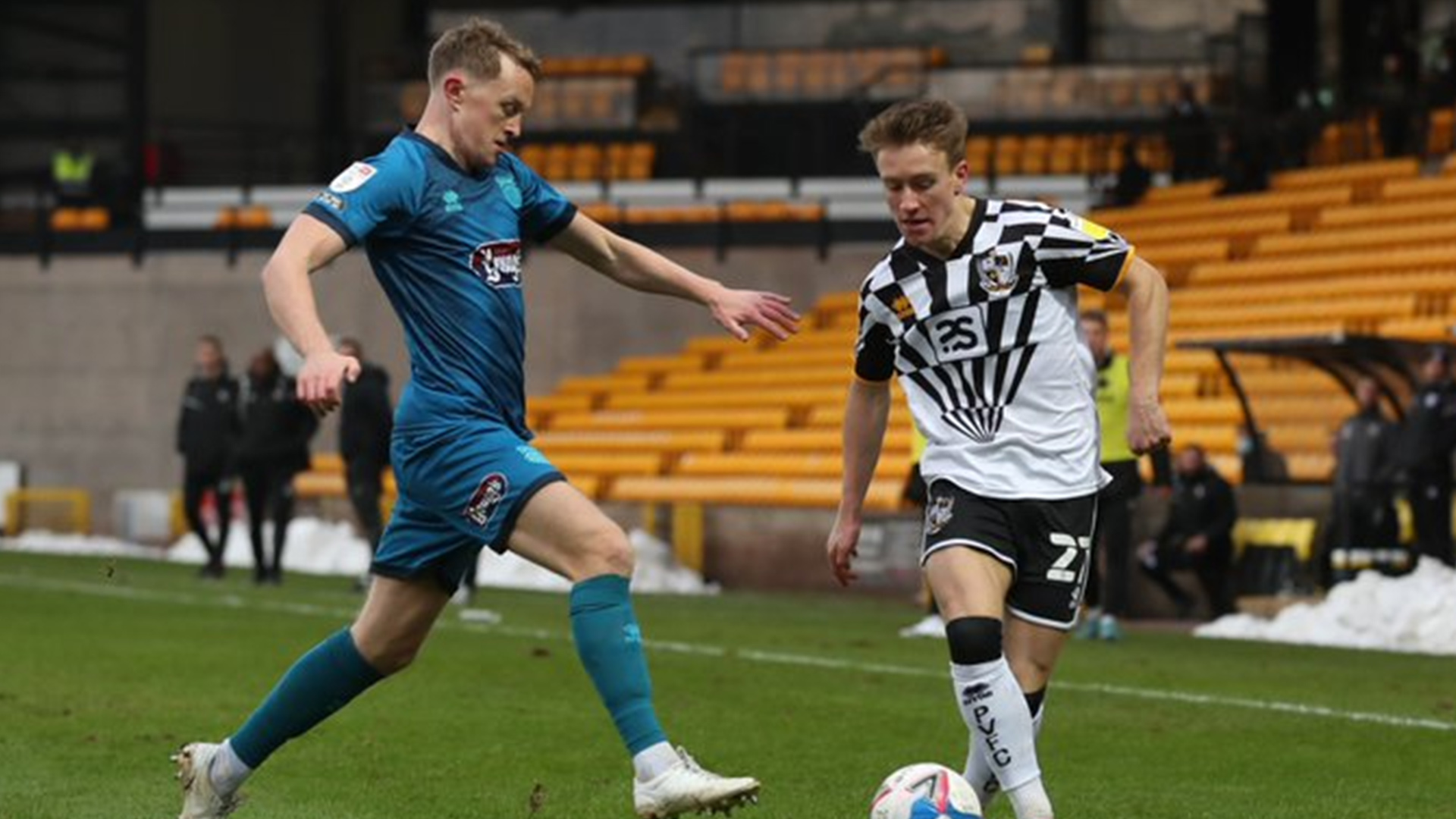