In today's packed programme, Listen to Town boss Paul Hurst as he looks ahead to Tuesday's trip to Brunton Park, we also chat with 'centre-back' Elliott Hewitt, and we also meet the new Grimsby Town Performance Analyst.

In today's packed programme, Listen to Town boss Paul Hurst as he looks ahead to Tuesday's trip to Brunton Park, we also chat with 'centre-back' Elliott Hewitt, and we also meet the new Grimsby Town Performance Analyst.


The kick-off time for our fixture away at Carlisle United has changed.

A stoppage-time equaliser denied Grimsby Town what would have been a deserved away victory against Carlisle United at Brunton Park.

The Mariners looked to be on course for a huge three points in their battle to stay in League Two after Lenell John-Lewis' first-half header gave them the lead.

Town produced an hard-working performance and stood up to everything Carlisle threw at them until deep into stoppage time, when their hearts were broken as substitute Offrande Zanzala scored a last-gasp leveller.

One change was made to the Grimsby starting XI after Saturday's home loss to Forest Green Rovers as Julien Lamy replaced the injured Idris El Mizouni.

Filipe Morais, Jay Matete, Giles Coke and Lamy were the midfielders, while John-Lewis and James Hanson led the attack.

There was a return to the matchday squad for Harry Clifton as he was handed a place on the bench, where he was joined by James McKeown, Luke Waterfall, Joe Bunney, Joe Adams, Matt Green and Stefan Payne.

The Mariners came into the game having lost their previous three, while Carlisle were on a four-game losing streak and would also have been desperate to get back to winning ways.

Manager Chris Beech made five changes to his line-up following the weekend defeat at Morecambe in a bid to change the Cumbrian side's fortunes.

An early cross from Taylor Charters on the Carlisle left was dealt with before it could reach Omari Patrick.

At the other end, the Mariners looked to have taken the lead after Morais won the game's first corner on the right. The delivery from the flag beat everybody and went straight into the net but the goal was disallowed after the assistant referee spotted a foul by John-Lewis on goalkeeper Paul Farman.

A cross from Habergham on the left on 10 minutes was blocked for another corner as Town's bright start continued but this time, the left-back's ball was headed clear.

Eastwood was fouled by Lewis Alessandra as the striker tried to get on the end of a long kick forward by Farman as Carlisle looked to attack.

But the Mariners had looked the more dangerous of the two sides in the early stages and they took a deserved lead on 16 minutes. Hanson held the ball up for Lamy and the winger crossed for JOHN-LEWIS, who steered a superb header past Farman and into the net.

Town immediately went on the attack again and a cross from Morais on the right was headed behind for a corner, although Hewitt's flick from it went wide.

A penalty appeal came on 21 minutes when Lamy went down under a challenge from Patrick inside the box but the referee waved the claims away and pointed for a goal kick.

A free kick from the Town right brought the next opportunity, although Menayese's header was stopped by Farman.

Carlisle captain Aaron Hayden was shown the first yellow card of the evening on the half-hour after a late challenge on Lamy on the left but the resulting free kick failed to cause any significant problems as the ball was headed wide for a goal kick.

A chance for the hosts to equalise came on 33 minutes when a long throw from Brennan Dickenson was flicked on into the path of Partick but Hendrie did well to challenge the striker as he shot and ensure the ball went through to Eastwood.

Joe Riley then fired straight at Eastwood from 20 yards, with the keeper gathering the ball at the second attempt before Alessandra could get to it.

A stoppage came four minutes before the break when Habergham went down with an injury but he was passed fit to continue after receiving treatment.

A foul by Menayese on Alessandra gave the home side a free kick inside the Town half but Dickenson's ball from it was poor and the Mariners cleared.

Patrick showed good skill on the Carlisle left to work an opening for a cross as the game moved into two minutes of added time, although Dickenson was unable to get on the end of it.

No further chances came before the referee's half-time whistle, meaning Town's advantage remained intact at the midway point and after taking the lead, they had looked comfortable against a Carlisle side offering little threat.

Bunney replaced Habergham before the restart and an early Carlisle corner came after a free kick had been pumped into the Town penalty area. The ball from it dropped for Hayden at the far post but his header went across goal and out for a goal kick.

John-Lewis sent a first-time shot just wide from 20 yards on 50 minutes, before a Dickenson long throw went straight through to Eastwood at the other end.

Coke was booked for a foul on Callum Guy near the halfway line and another home free kick came soon afterwards, this time much closer to the Town goal. Eastwood remained untroubled though.

A foul on Lamy gave the Mariners a free kick in a dangerous position on 62 minutes and Bunney's delivery into the box was not dealt with but after the ball bounced around and Hanson tried to get onto it, the hosts eventually cleared.

Zanzala replaced Charters for the home side two minutes later, before a corner from the right was well-claimed by Eastwood.

Hayden went down with an injury and was replaced by Nick Anderton on 67 minutes, before a Town free kick came when John-Lewis was dragged down by Rhys Bennett. It led to a corner on the right but Bunney's mis-hit low ball was cleared and a foul gave Carlisle a free kick.

Zanzala won a corner on the home left and Guy's ball from the flag was good but Zanzala's far-post header lacked direction and Town got the ball away from danger.

Clifton was sent on in place of Lamy in the away side's second change on 72 minutes and the substitute did well to get down the right four minutes later and put a cross in, which was cleared.

Hendrie beat Zanzala to a ball into the Town box soon afterwards and ensure the only damage was a corner, then a home penalty appeal was turned down after Bennett went down as the delivery came across from the flag.

Riley was replaced by Jon Meellish and Ethan Walker came on for Patrick as Carlisle made a double-substitution with 10 minutes to go.

Matete set off on a run through the middle from halfway on 82 minutes but his shot from the edge of the box was blocked for a throw-in.

A low cross from Walker on the Carlisle left was touched by Hewitt at the near post but the ball went safely to Eastwood and the Maariners' lead remained in place.

Clifton then had a shooting opportunity after good work by Morais but he could only send the ball wide of the near post from a narrow-angle.

Waterfall replaced Morais as the game moved into four minutes of added time and the hosts should have had an equalising goal in the first of them. A cross from the right was headed towards goal by Dickenson and Eastwood made the save but pushed the ball back towards him. Dickenson could not take advantage though, smashing the rebound high over the bar from two yards.

But Carlisle were not done and with the clock ticking down towards a Mariners win, the home side grabbed their leveller. A long throw broke for Dickenson and his low ball across the six-yard box was smashed into the net by ZANZALA from close range for 1-1.

Suddenly, the hosts sensed they might get an unlikely opportunity to grab all three points and they poured forward but in the end, both sides had to settle for a point apiece.

Town are next in action on Saturday, when Colchester United are the visitors to Blundell Park for a 5.30pm kick-off.

Next Up: Colchester Utd (H)


The kick-off time for our fixture away at Carlisle United has changed. 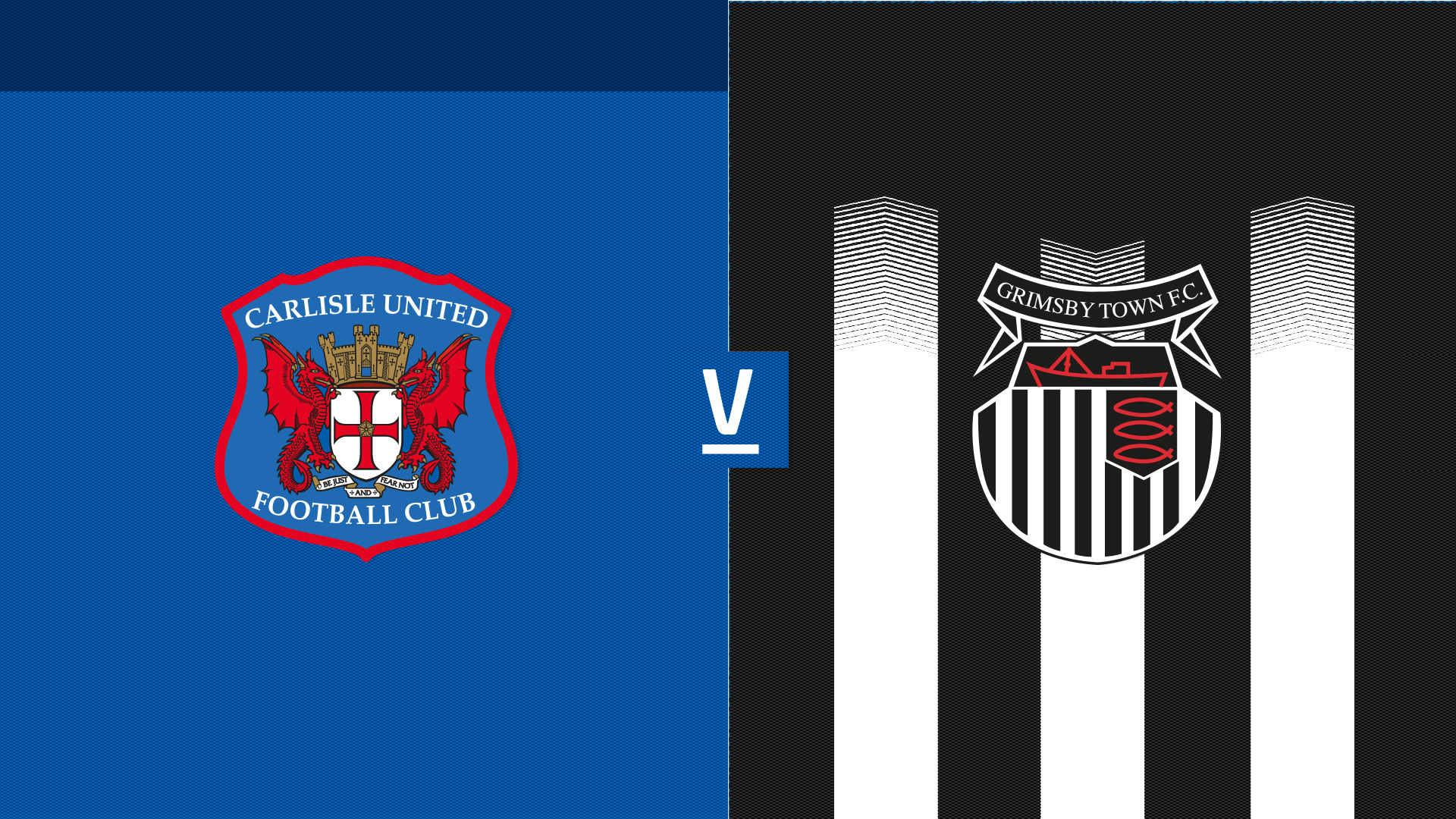 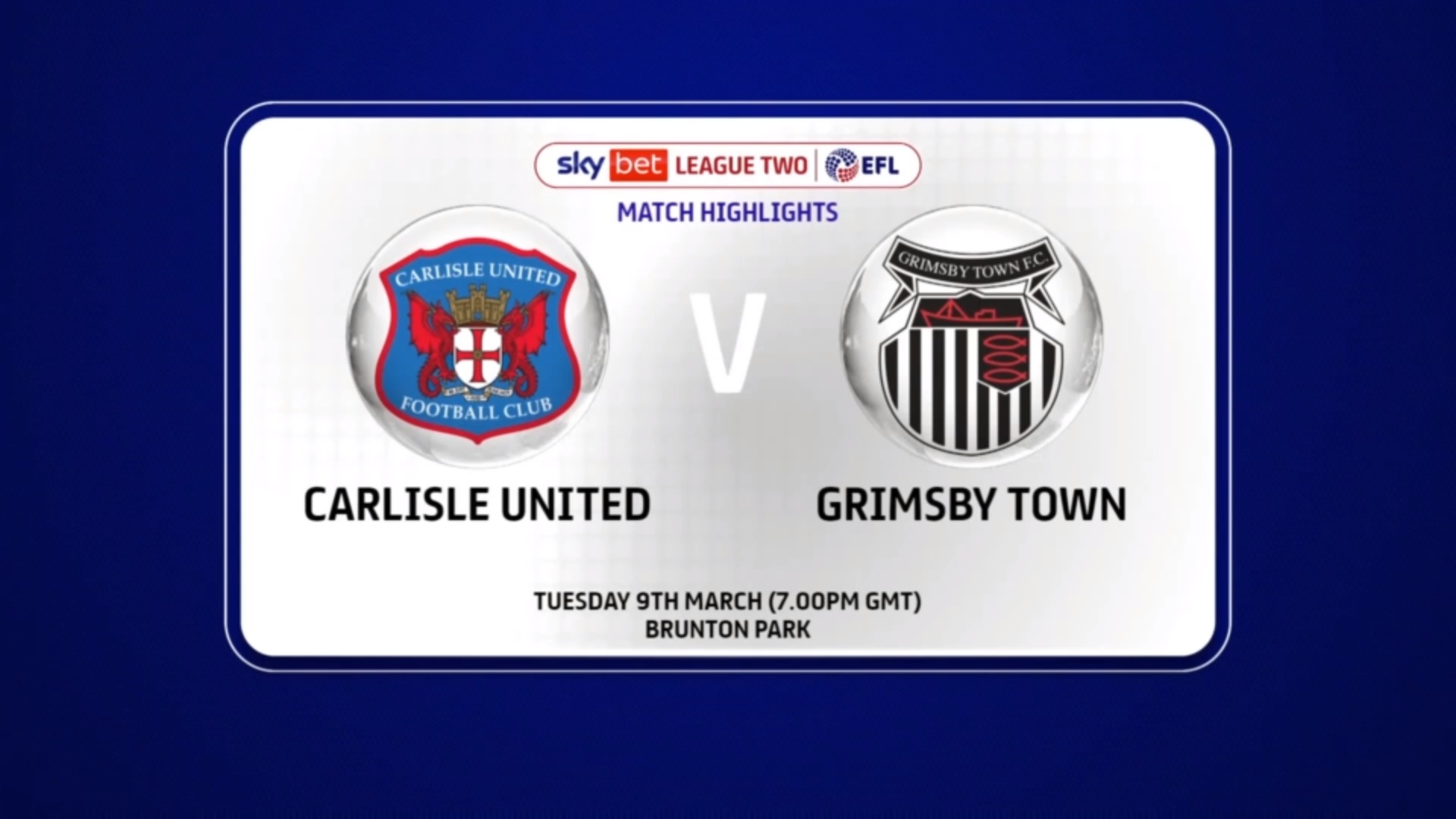 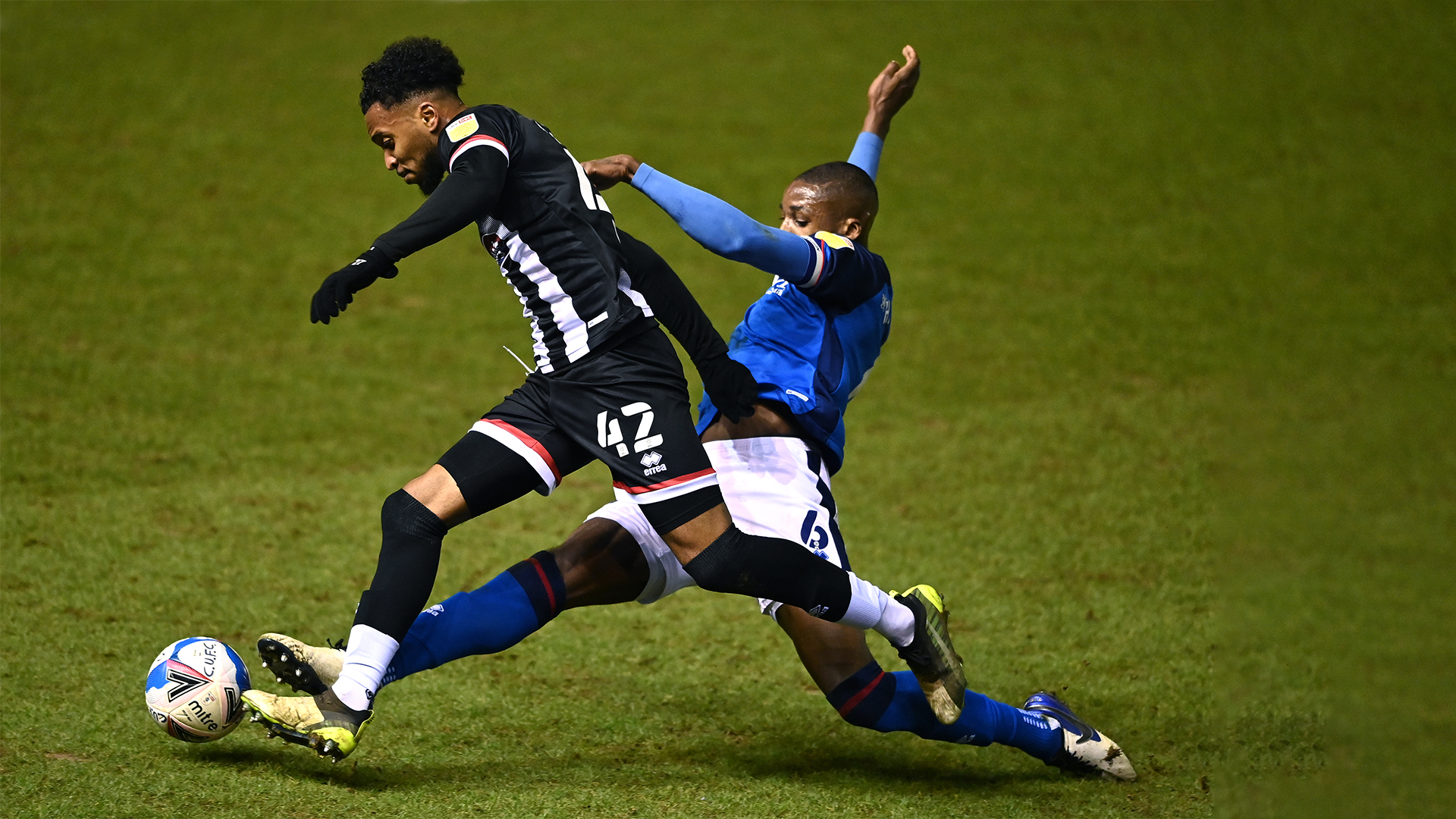