In today's programme, all the goals from Tuesday night at Carlisle, Lenell John-Lewis talks us through his first goal for Town in the Football League and manager Paul Hurst brings all the latest team news and the lowdown on the opposition.

In today's programme, all the goals from Tuesday night at Carlisle, Lenell John-Lewis talks us through his first goal for Town in the Football League, and manager Paul Hurst brings all the latest team news and the lowdown on the opposition.

Mariners Back At Blundell Park Today


The Mariners are back in action this Saturday as we welcome Colchester United to Blundell Park for a 5:30pm kick-off.

The Mariner Returns This Evening


Our award winning match day programme, The Mariner returns this evening for the visit of Colchester United.

The Mariners were on top for much of the first half but were unable to break the deadlock despite creating some good chances.

After half-time, Colchester stepped up the tempo and looked the more likely to force a winner but in the end, both teams had to settle for a draw.

An injury to Jake Eastwood in training meant James McKeown was back in goal for Town in one of two changes to the starting XI following Tuesday's draw at Carlisle. Harry Clifton replaced the injured Sam Habergham in the other alteration.

McKeown started behind a defence of Luke Hendrie, Elliott Hewitt, Rollin Menayese and Clifton, while Filipe Morais, Jay Matete, Giles Coke and Julien Lamy were the midfielders and James Hanson once again linked up with Lenell John-Lewis in attack.

After Barrow's victory on Friday and Southend's draw earlier on Saturday, Town were looking for maximum points to close the gap between themselves and the League Two safety zone back to four points.

Colchester travelled north on a poor run of form which has seen them slip closer to the relegation zone in recent weeks, although they knew a win would take them 14 points clear of the Mariners and nine ahead of second-from-bottom Southend.

They would look to the likes of Frank Nouble and Jevani Brown to create danger for the hosts, along with former Town loanees Harry Pell and Paris Cowan-Hall.

After some early Colchester pressure came to nothing, a foul on John-Lewis gave Town their first opportunity to attack on five minutes. Morais' free kick was half-cleared before the ball went out for a goal kick after a scramble.

A foul on Morais as he looked to shoot from the edge of the penalty area brought another free kick on 12 minutes. Morais fired it into the Colchester wall and the rebound was sent off-target by Coke.

The first corner of the game came on 20 minutes when a cross from the away right was blocked. From it, Brandon Sarpong-Wiredu turned the ball towards goal, then after it broke for Pell, his shot was well-blocked by McKeown.

A corner came at the other end soon afterwards but Morais' delivery was caught by keeper Shamal George.

Matete was shown the game's first yellow card on 27 minutes after a foul on Ryan Clampin, before a Colchester corner on the half-hour was headed clear by Clifton and a follow-up ball was punched away by McKeown, who was adjudged to have been fouled.

Lamy won a corner for Town soon afterwards but the ball from the flag was scrambled away just before it could reach Menayese at the far post.

John-Lewis and Hanson linked up well to create a shooting chance on 35 minutes, although Hanson's effort from the edge of the box went high and wide.

A foul on Hanson gave the Mariners a free kick on the right two minutes later but Morais' ball into the box was hacked clear after it had been headed on.

The home side were on top as half-time loomed but were yet to seriously threaten George's goal.

John-Lewis dragged a low shot wide of the far post just before the game moved into two added minutes.

Then, after good work by Hanson to create an opening and pull the ball back across goal, John-Lewis was unable to take advantage as he hit the bar from close range.

That proved to be the last opportunity of the first half, with Town doing most of the attacking and creating the better chances but not managing to convert any of them into an opening goal.

No changes were made before the restart and it was a scrappy start to the second half with little goalmouth action, as a Town free kick proved too far ahead of Hanson for him to make contact, before a right-wing cross at the other end was comfortably caught by McKeown.

Lamy won a free kick inside the Colchester half on 54 minutes but Hanson was penalised for a foul as he jumped to meet Morais' ball into the box.

Pell fired over the bar from 20 yards after a good build-up by the visitors, then another fierce drive by Pell drew a good save from McKeown, who tipped the ball over the bar for a corner.

The away pressure continued with a low shot from Callum Herriott which was deflected wide for another corner but again, Town survived.

Hanson hit a snap-shot wide from distance on 65 minutes, before Payne replaced John-Lewis in the first substitution of the evening.

A chance for the visitors came seven minutes later but they could not make it count as Harriott's shot lacked power and another effort flew well off-target.

Adams replaced Lamy on the Town left with 17 minutes to go, before Pell flashed a volley wide of McKeown's target.

Jackson came on for Morais on 80 minutes as the Mariners looked to an extra striker in a bid to swing the balance their way.

The substitute's first action was to win a corner but the ball from the flag was cleared.

Cowan-Hall was replaced by Noah Chilvers and Aramie Oteh came on for Nouble as Colchester made a double-substitution with three minutes to go.

Three added minutes gave both sides more time to force a crucial goal and a foul on Jackson gave Town a free kick inside the Colchester half. Hendrie sent the ball into the box but it was headed out for a corner by Pell.

Adams' flag-kick turned into another one but the second was headed back to him and he was unable to get a follow-up cross in.

That meant it ended goalless and the point took the Mariners back to four adrift of Southend and six behind Barrow in their battle to stay in League Two.

Town are next in action on Wednesday, when they host Tranmere Rovers at Blundell Park.

Next Up: Tranmere Rovers (H)

Mariners Back At Blundell Park Today


The Mariners are back in action this Saturday as we welcome Colchester United to Blundell Park for a 5:30pm kick-off.

The Mariner Returns This Evening


Our award winning match day programme, The Mariner returns this evening for the visit of Colchester United. 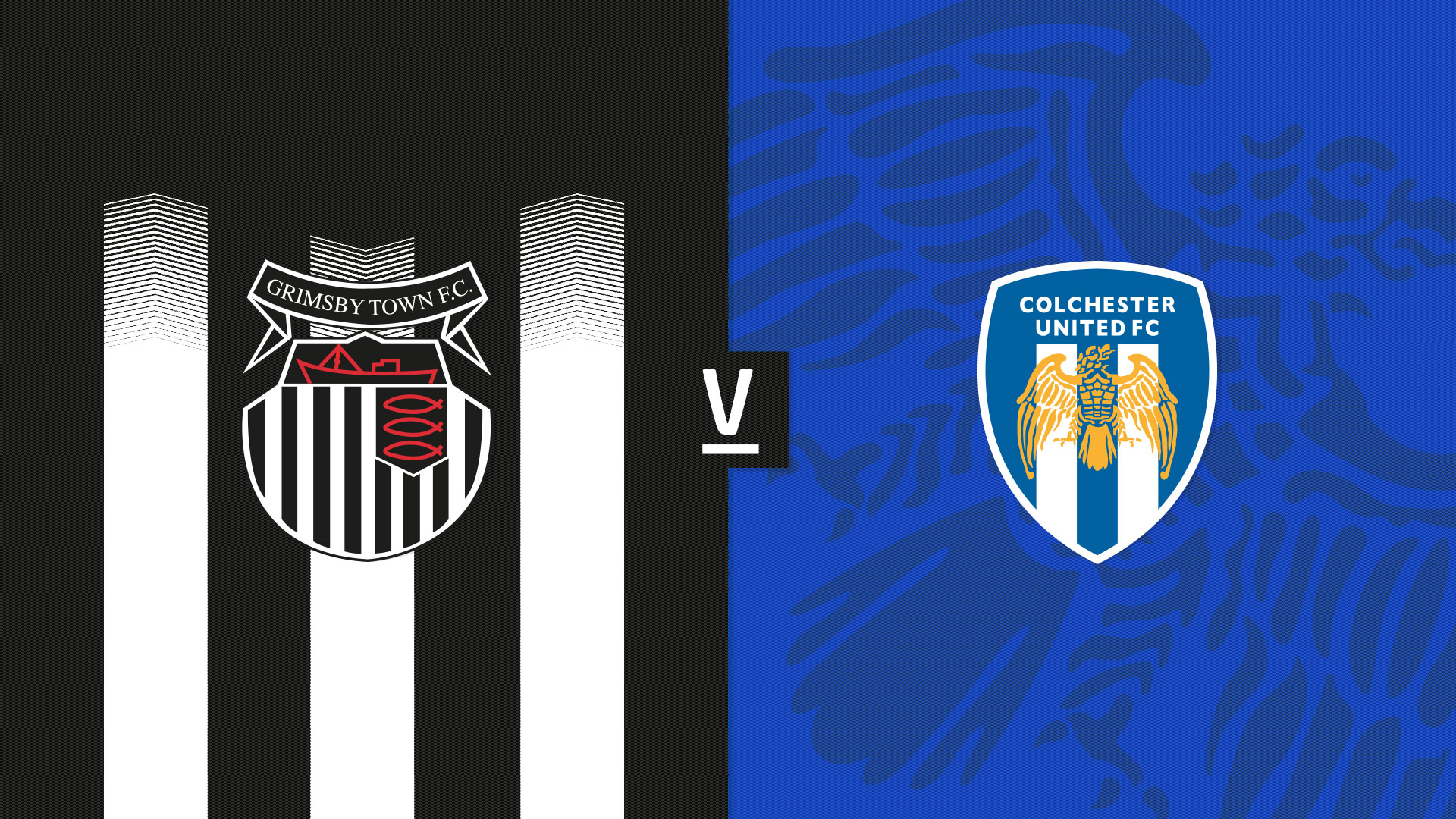 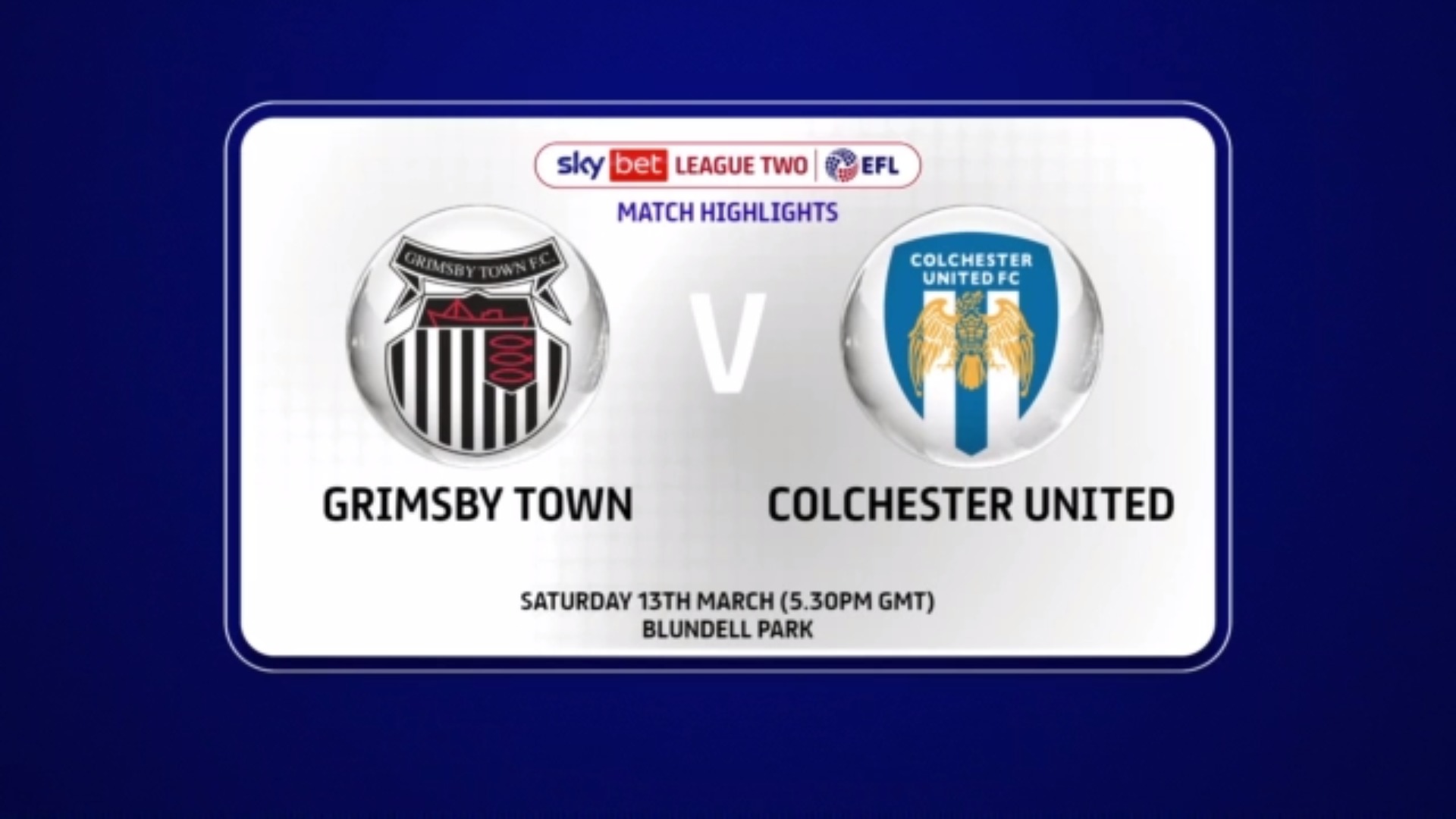 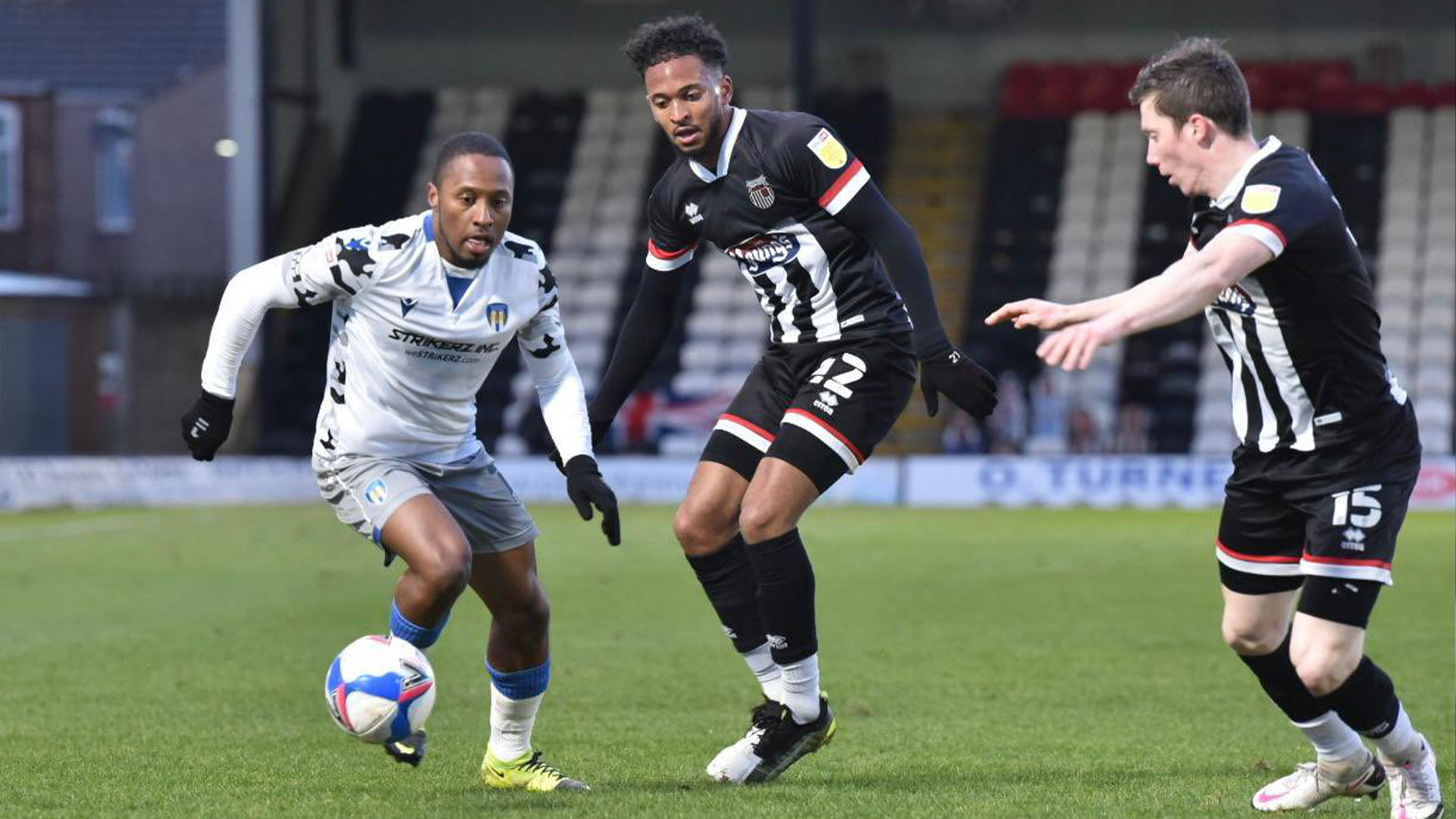