In today’s packed iFollow Mariners preview. We get an update from youth team boss Neil Woods, his thoughts on how life has changed during the pandemic, and we also get a progress report on youngster Louis Boyd? Plus, Paul Hurst reflects on Tuesday’s disappointing defeat against Leyton Orient, he brings us the latest team news, and there's lowdown on Forest Green Rovers.

In today’s packed iFollow Mariners preview. We get an update from youth team boss Neil Woods, his thoughts on how life has changed during the pandemic, and we also get a progress report on youngster Louis Boyd?

Plus, Paul Hurst reflects on Tuesday’s disappointing defeat against Leyton Orient, he brings us the latest team news, and there is the lowdown on Forest Green Rovers.

Back In Action This Saturday


The Mariners continue their busy period over March, as promotion chasing Forest Green Rovers make the journey to Blundell Park for a 3pm kick-off.

Grab Your Copy Of The Mariner Ahead Of Saturday's Game


Our award-winning match day programme, The Mariner returns this weekend for the visit of Forest Green Rovers to Blundell Park for Saturday's 3pm kick-off.

Grimsby Town lost at home for the second time in a week as promotion-chasing Forest Green Rovers won at Blundell Park.

Former Mariners striker Jamille Matt opened the scoring from the penalty spot but Town's response to going behind was good and they were back level when James Hanson struck seven minutes before the break.

From there, it was anybody's game but the visitors edged back in front just after the hour as Ebou Adams scored what proved to be the winning goal.

Filipe Morais, Jay Matete, Coke and El Mizouni were the midfielders, while Hanson and John-Lewis started in attack as boss Paul Hurst opted for a 4-4-2 formation.

Bunney, Rose, Waterfall, Adams and Payne were all named on the bench, along with James McKeown and Matt Green.

Forest Green were looking to bounce back from a midweek defeat at Stevenage and knew a win could take them to the top of League Two.

Along with Matt, manager Mark Cooper named another former Mariner in the shape of Elliott Whitehouse in his starting line-up.

The away side were the first to attack, with Kane Wilson crossing from the right. Eastwood claimed a catch and was then fouled by Matt.

Neither goalkeeper was called into any serious action in the early stages of the game as Town looked for a direct approach while their visitors aimed to patiently build up attacks.

Midfielder Adams hit a low drive from 20 yards on 13 minutes which was straight at Eastwood, who made a comfortable stop.

At the other end, a cross from Hendrie on the right was blocked before a follow-up ball by Morais was headed clear.

John-Lewis did well to get a shot away from the edge of the box on 16 minutes but the ball was caught by Forest Green goalkeeper Luke McGee.

A free kick from the away left came soon afterwards and was headed out for a corner. And from the flag, the visitors were given a golden chance to take the lead when Matt was fouled by John-Lewis as he tried to turn inside the box. The referee pointed to the penalty spot and MATT got up to calmly slot the ball into the bottom corner of the net.

Town's response saw Morais win a corner on the right but the winger's delivery from it was headed clear by striker Josh Davison.

A high cross from Hendrie on the right looked to have caused problems for McGee as he pushed the ball towards John-Lewis but the referee's whistle blew for a foul on the keeper.

Matete was shown the first yellow card of the game on the half-hour for pulling Adams back after losing possession in midfield.

A long ball forward from defender Chris Stokes was headed out for a corner but this time, the away side were unable to cause significant danger from it.

The visitors had shaded the contest so far but the Mariners continued to work hard and they got their reward with an equaliser seven minutes before half-time. A ball into the box was left by John-Lewis and after it was not dealt with by the Forest Green defence, HANSON pounced to slot it past McGee and into the net.

The Mariners made the first substitution deep into two minutes of added time at the end of the half, as El Mizouni was unable to shake off an earlier knock and was replaced by Bunney.

A late Grimsby free-kick did not lead to any problems for McGee and so it remained 1-1 at the break, with Town showing good character in response to going behind and getting themselves level again.

No further changes were made ahead of the restart and Matete avoided a second yellow card after kicking the ball away following the award of a Forest Green free kick, despite the protests of the away side.

Hanson flicked a header into the path of Morais but the ball was cleared, then Hendrie won a corner when his cross was deflected behind as the Mariners looked for a second goal. The ball from the flag was eventually cleared after a scramble.

At the other end, there was a let-off for the hosts when Davison ran onto a through-ball and sent a low shot past Eastwood, only for the ball to bounce back off the far post. The rebound fell for Matt but he was denied by a brilliant challenge from Menayese.

Aaron Collins saw a shot blocked from just inside the Town penalty area on the hour, then an effort by Davison went straight at Eastwood soon afterwards.

Whitehouse fired off-target from 25 yards as the visitors continued to attack, before a clever flicked header by Hanson at the other end was hacked clear before it could reach Bunney.

The game's third goal came on 66 minutes and it was the away side who retook the lead. A good attacking move eventually led to ADAMS shooting from 20 yards and a heavy deflection helped take the ball past Eastwood.

Forest Green manager Cooper was shown the yellow card for his protests after a free-kick was not given his side's way.

A free kick was given for a foul on Bunney on the Town left on 71 minutes but Habergham's delivery was cleared, as was a follow-up shot by Morais.

Matete fired wide from distance after cutting in from the right as Town looked for a second equaliser, before a Forest Green corner led only to a foul on Eastwood.

Green replaced John-Lewis in the Mariners' attack with nine minutes to go and Payne followed him onto the pitch five minutes later, with Morais making way.

Five minutes of added time was signalled, giving Town further opportunity to force a share of the spoils.

A free-kick from the left was cleared, before another free-kick, this time from Habergham on the right, was also scrambled away as Forest Green held on for all three points.

It meant a third defeat in a row for the Mariners, who slipped to five points adrift at the bottom of the table after other results went against them.

Town are next in action on Tuesday, when they travel to Carlisle United.

Next Up: Carlisle Utd (A)

Back In Action This Saturday


The Mariners continue their busy period over March, as promotion chasing Forest Green Rovers make the journey to Blundell Park for a 3pm kick-off.

Grab Your Copy Of The Mariner Ahead Of Saturday's Game


Our award-winning match day programme, The Mariner returns this weekend for the visit of Forest Green Rovers to Blundell Park for Saturday's 3pm kick-off. 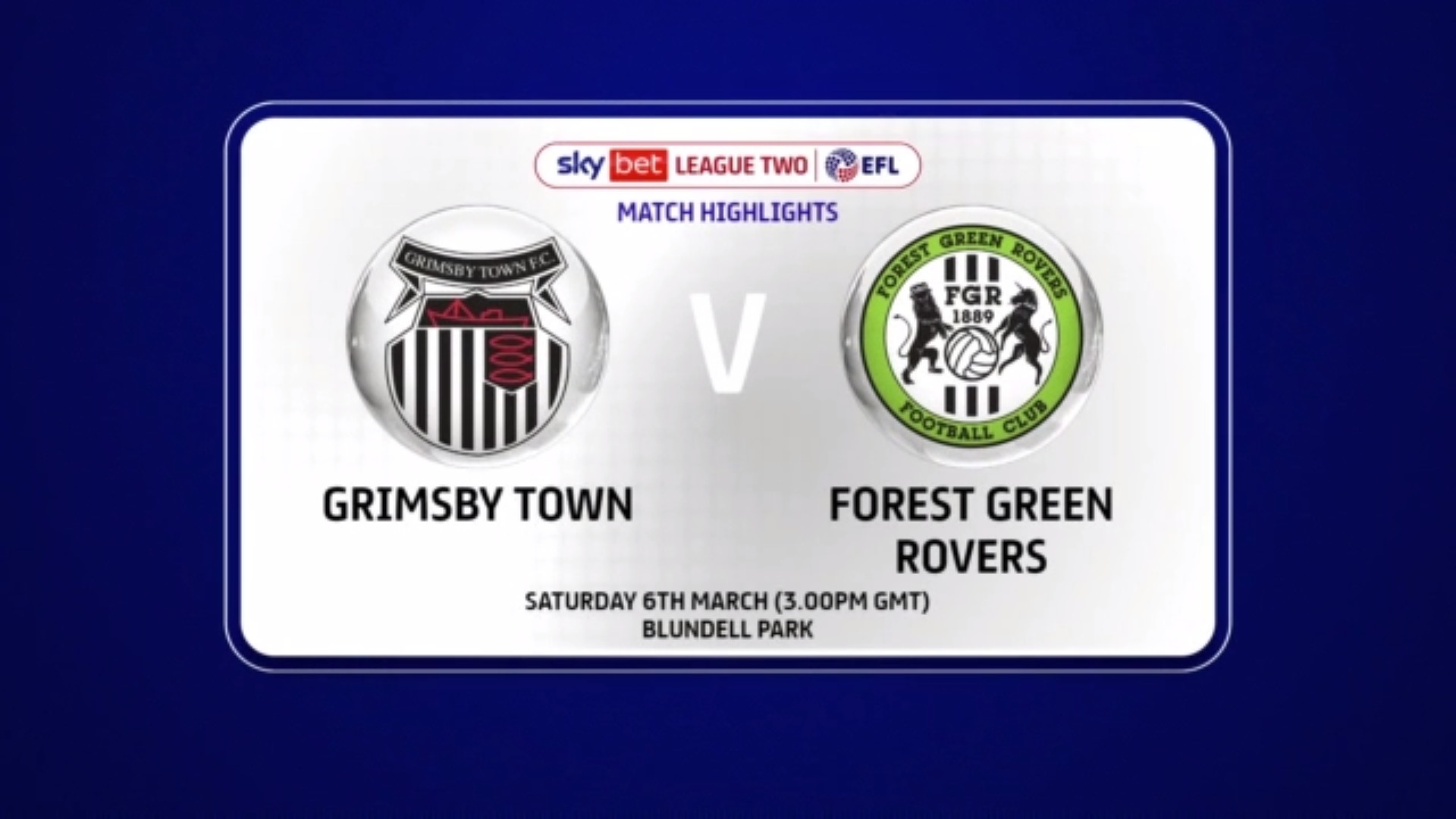 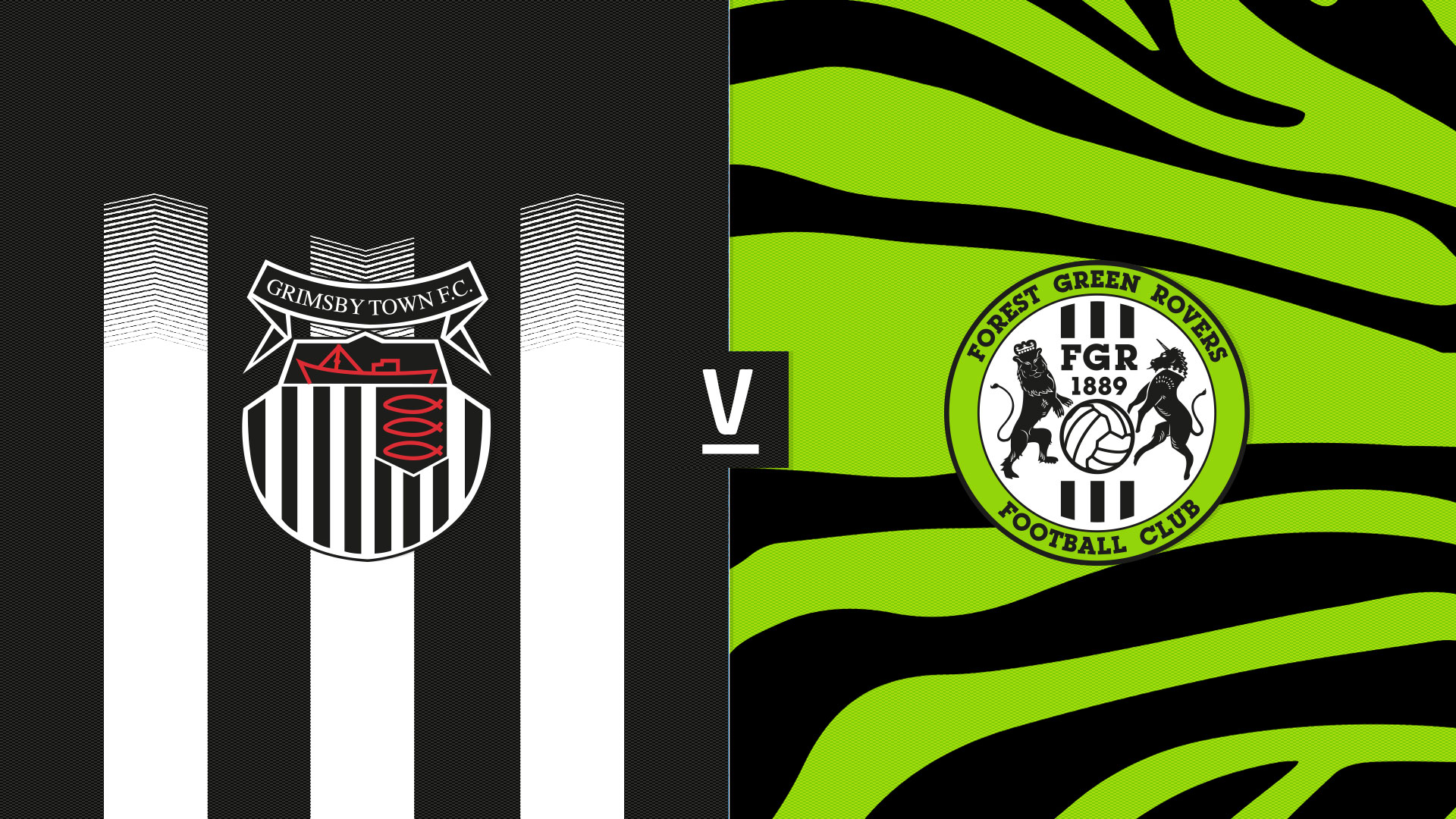 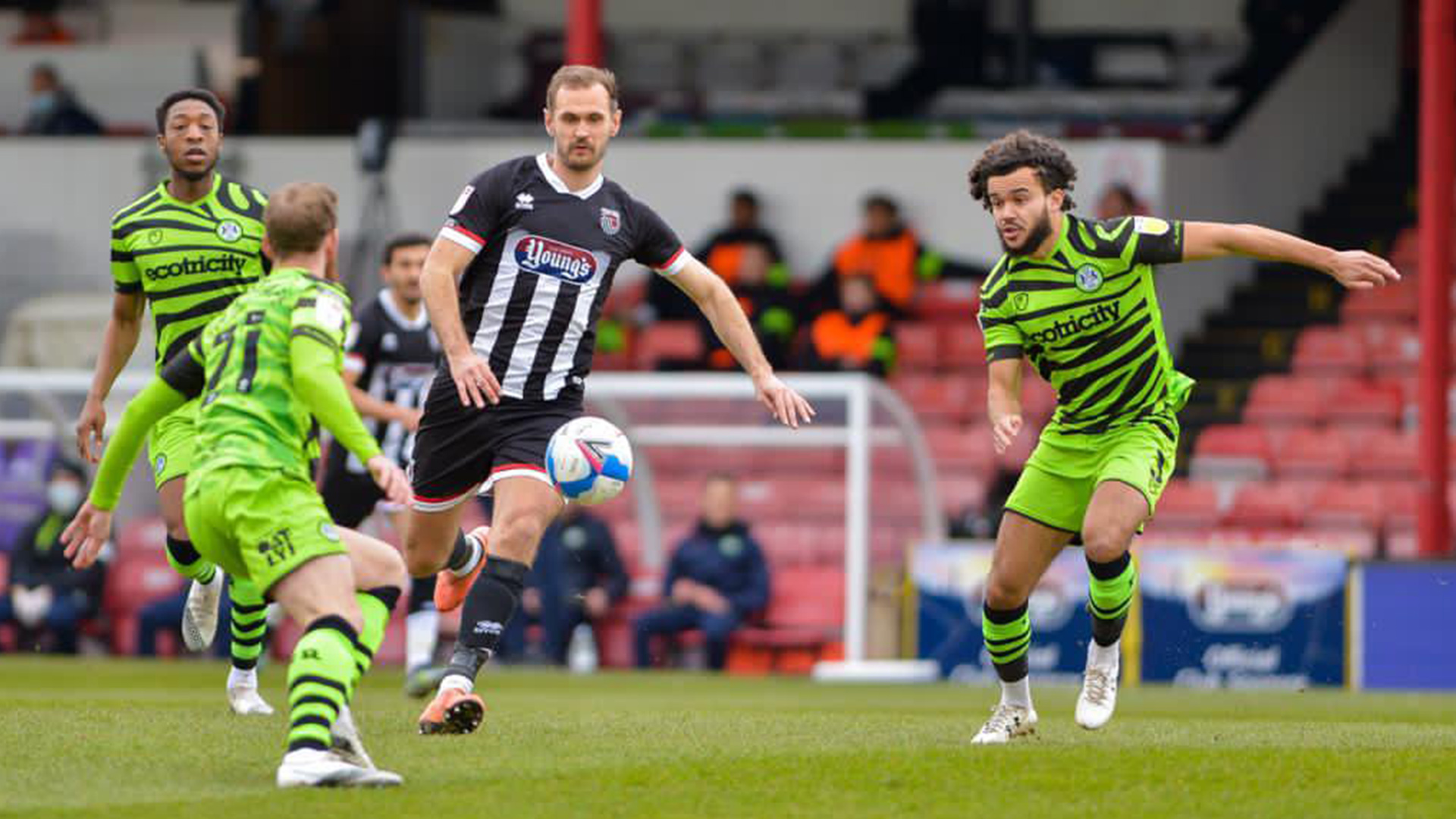