In this packed edition of iFollow Mariners. The renovation work on our training ground has begun, Andrew Pettit and Jason Stockwood tell us what that entails, and Paul Hurst gives us his thoughts on the takeover, tells us when he will be meeting with his players to discuss their futures, and what he makes of his playing budget for next season.

In this packed edition of iFollow Mariners, The renovation work on our training ground has begun, Andrew Pettit and Jason Stockwood tell us what that entails, and Paul Hurst gives us his thoughts on the takeover, tells us when he will be meeting with his players to discuss their futures, and what he makes of his playing budget for next season.

Mariners Travel To Cambridge For Final Game Of The Season


Paul Hurst's men travel to promotion chasing Cambridge United this weekend as we close the curtain on the 2020/21 season.

Grimsby Town's season ended in defeat as Cambridge United secured their promotion to League One with a 3-0 victory at the Abbey Stadium.

At the end of a week where the takeover by Jason Stockwood and Andrew Pettit signalled a new dawn for the club, the Mariners were looking to continue the positivity by ending a tough season on a high.

But although they started brightly, it was Cambridge who broke the deadlock on 25 minutes when a free kick led to Liam O'Neil volleying home.

Town had plenty of possession but rarely seriously threatened the home goal and Cambridge doubled their lead through Wes Hoolahan, before League Two's top scorer Paul Mullin added a third to seal the points.

McKeown lined up behind a centre-back trio of Pollock, Rollin Menayese and Elliott Hewitt, while Luke Hendrie and Evan Khouri operated as wing-backs, Harry Clifton, Giles Coke and Spokes made up the midfield and Matt Green started alongside John-Lewis in attack.

Habergham, Scannell and Jackson were all named on the bench, where they were joined by Ollie Battersby, Luke Waterfall, Julien Lamy and Luis Adlard.

Cambridge came into the game knowing a draw or better would secure automatic promotion regardless of results elsewhere, although a defeat would mean relying on others to do them a favour.

After a quiet start to the game, the first chance was created by the home side on six minutes. Hoolahan found Kyle Knoyle down the right and his low cross picked out Mullin but the striker's shot went straight at McKeown, who made a comfortable save.

Town won the first corner of the afternoon at the other end two minutes later and after Spokes' delivery from the flag was eventually played back to him, a follow-up cross was headed wide by Pollock.

A stoppage came when Joe Ironside stayed down after a challenge with Pollock, with the Cambridge attacker eventually passed fit to continue.

Soon afterwards, a long throw from Hewitt came back to him and his cross broke for Coke to fire over the bar from the edge of the penalty area.

Hendrie was then adjudged to have fouled Luke Hannant midway inside the Grimsby half, although the resulting free kick caused no problems for the away defence.

A shot by Khouri was blocked for a corner after some promising build-up play down the right as the Mariners continued to give as good as they got in attacking areas.

The visitors were then given an opportunity to create danger when Coke was fouled near the left edge of the Cambridge box on 21 minutes. They could not take advantage of it though, as Spokes' ball from the free kick was too strong and went out at the far post for a goal kick.

A volley from Spokes was blocked for a throw-in after good work by Green, then a foul by Spokes on Hoolahan gave Cambridge a free kick in a dangerous position on the left. From it, they took the lead as Hannant's ball to the far post was headed back across goal by Ironside for O'NEIL to spin and volley into the net from eight yards, giving McKeown no chance.

Town had played well over the first 25 minutes and were unfortunate to find themselves behind but now had to look for a way back into the game.

The Mariners were seeing plenty of the ball as the half-hour mark passed but were yet to pose a real threat to keeper Callum Burton as Cambridge appeared content to allow their visitors to have lengthy spells of possession.

Pollock was caught late on the halfway line as he played a pass out to Clifton on the left on 42 minutes but again, Town were unable to create any danger from the free kick.

Ironside beat Khouri down the right two minutes later but the youngster stuck to his task and got back well to block the cross for a corner, which was cleared.

A foul on Hannant by Khouri on the opposite flank gave the home side a free kick as the half moved into two added minutes. This time, the ball into the box from it was cleared by Clifton.

That proved to be the last opportunity for either side before the half-time whistle, with O'Neil's goal still the difference between the two at the break.

No changes were made before the restart and an early Hewitt cross was punched clear by Burton as Town started positively.

A foul by Coke on Mullin gave Cambridge a free kick in the centre circle seven minutes in but they were unable to create anything from it.

Another free kick came on 57 minutes after a foul by Khouri and this time, the home side made it count to double their advantage. HOOLAHAN's delivery from the right was missed by Spokes and the ball curled beyond McKeown into the far corner of the net.

Town's response saw John-Lewis head over the bar after meeting a cross from the right.

Scannell replaced Spokes in the first substitution of the game, then Coke stayed down after a challenge with Hoolahan but eventually got back up to play on.

A foul on Green gave the Mariners a free kick in a dangerous position on the left on 68 minutes and Scannell's ball from it eventually dropped for John-Lewis but he could only volley over the bar from 12 yards.

Jackson came on in place of Pollock and Adlard was sent on for Green as Town made a double-substitution with 18 minutes to go. The switch saw Khouri move to left-back as Adlard lined up on the left of a four-man midfield.

Hannant won a corner on the home left but it caused no problems as good defending by Clifton earned a goal kick.

Clifton then saw a shot go through to keeper Burton after good link-up play by Adlard as Town looked for a goal which would halve the deficit.

But soon afterwards, their hopes of getting anything from the game were ended once and for all as the hosts made it 3-0. A foul by Coke gave Cambridge a free kick near the edge of the penalty area and MULLIN stepped up to beat McKeown, aided by a deflection off the wall, to register his 32nd goal of the season.

Despite being three goals down, Town kept going in search of a late consolation and Jackson forced Burton into action from a free kick, as the striker's shot had to be tipped over the bar for a corner.

Jackson was involved again on 85 minutes as he sent a low shot just wide from the edge of the box.

Clifton fired just over the bar as Town kept pressing but they were unable to end their season with a goal and as Cambridge celebrated their promotion, the Mariners were left to reflect on a campaign which sees them finish bottom of the table and facing National League football next term.

They must now look ahead to next season with the aim of ensuring the renewed optimism of recent days, along with summer recruitment and the longed-for return of fans to stadiums, can lead to an upturn in fortunes on the pitch.

Thank you for your support this season.

Mariners Travel To Cambridge For Final Game Of The Season


Paul Hurst's men travel to promotion chasing Cambridge United this weekend as we close the curtain on the 2020/21 season. 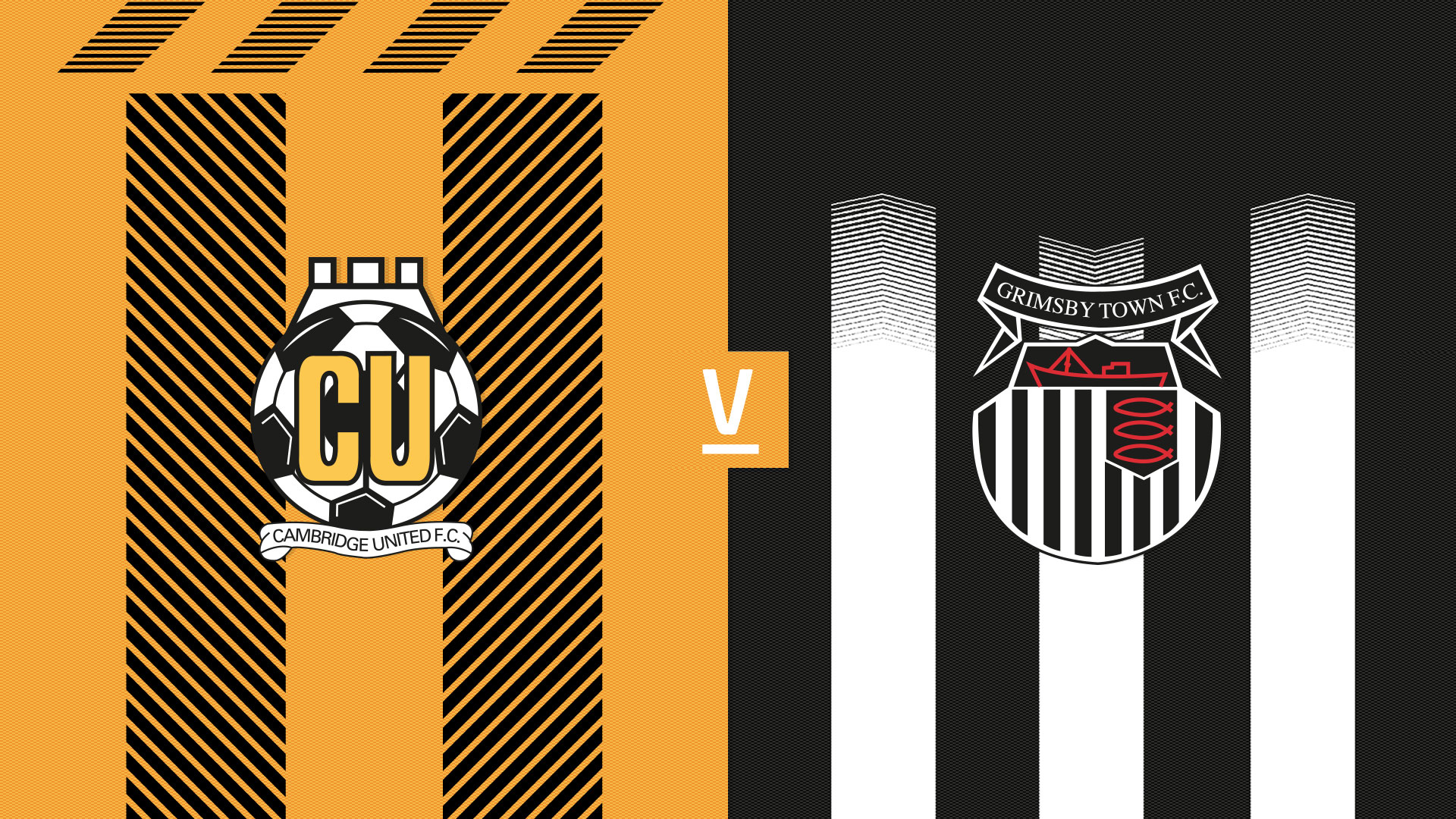 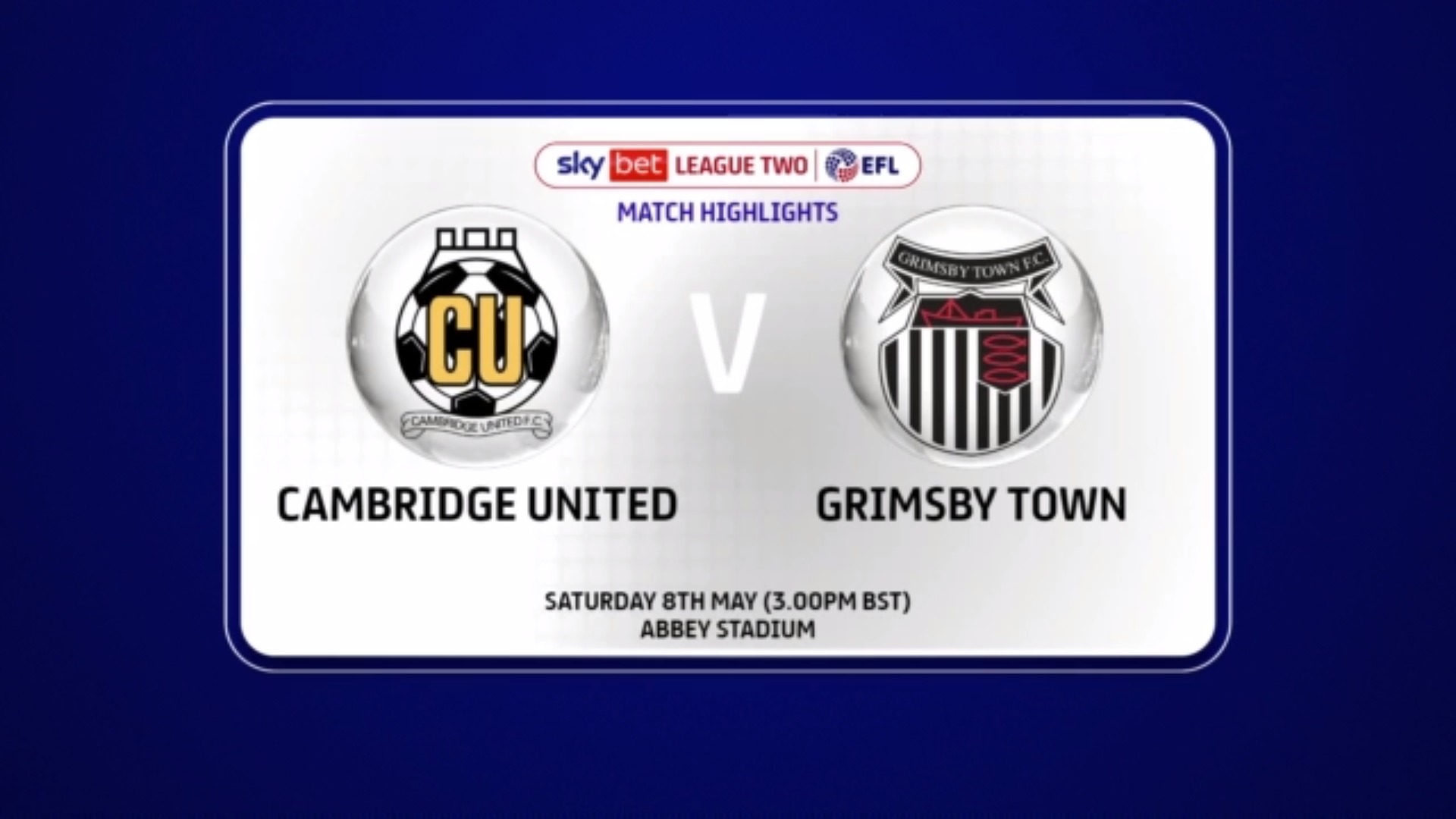 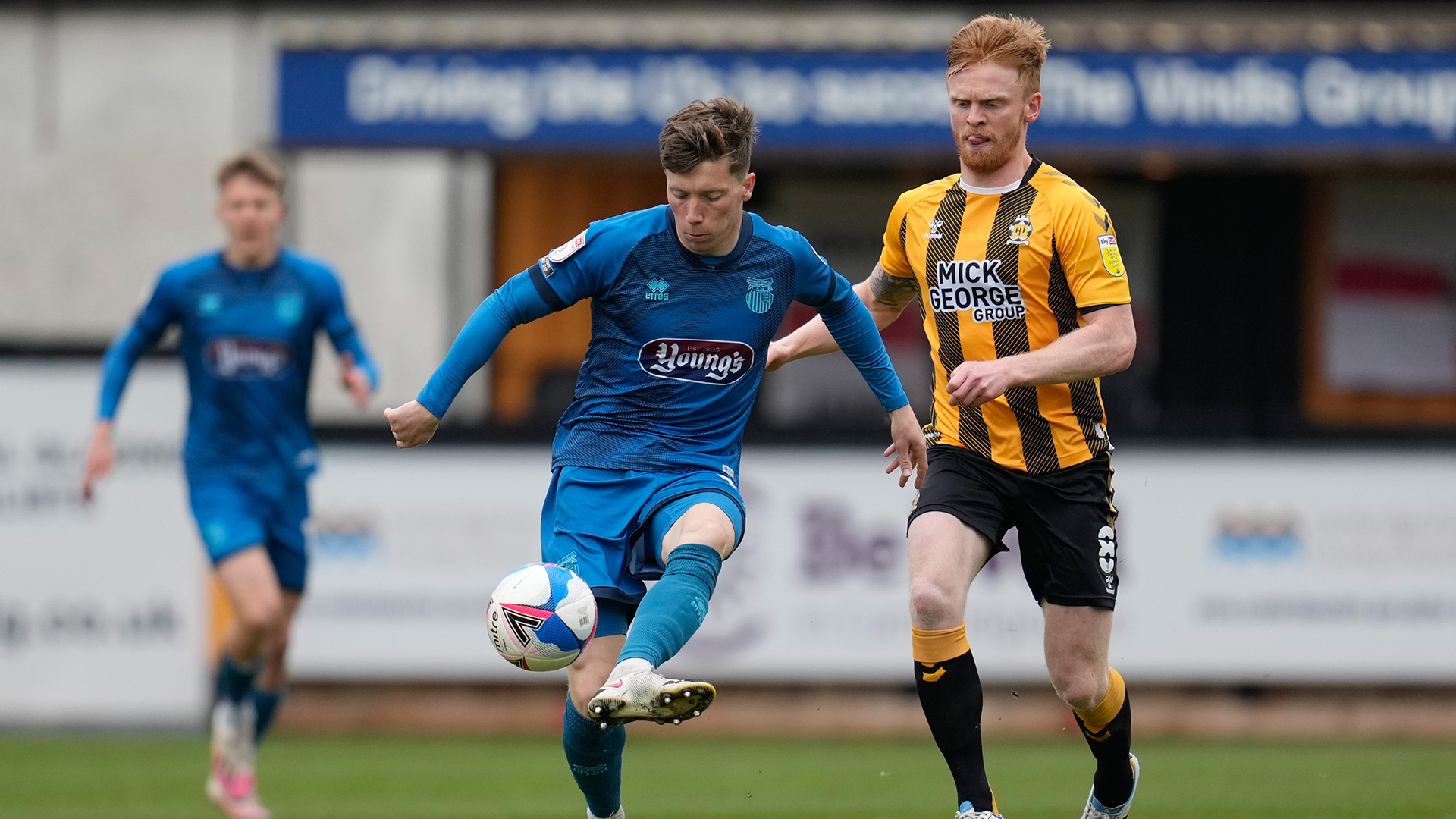