Listen to Town boss In Holloway as he prepares for the visit of Carlisle United on Saturday.

Listen to all of today's pre-match press conference from Blundell Park.

Reflecting on Tuesday night's defeat to Harrogate Town, Ollie said: " We’ve got a lot of learning to do, and we were beaten by a very good side who are used to doing things, and they’ve been very successful and together for a long time.

"Looking back, I’m very annoyed at the mistakes we made to let them beat us. I was delighted with the second-half performance, I think we’ve got to be ready to move and do things slightly differently in each game because we don’t know what we’re doing well enough yet.

"It’s going to take me an awful lot of months to get that, but we’ve got a game every three days, so we’re going to have to try and get ready for that tiny little battle in the whole war."

Book your Match Pass for the game.

The Mariner Returns This Afternoon Free Of Charge!


This afternoon, our award winning programme 'The Mariner' returns for the visit of Carlisle United.

Referee Watch: A Look At Saturday's Man In The Middle

Grimsby Town and Carlisle United shared the points after a 1-1 draw in wet and windy conditions at Blundell Park.

The Mariners took the lead against the run of play when Mattie Pollock slammed home a volley after the ball broke for him from a corner.

But the visitors drew level in bizarre circumstances soon after half-time through a James McKeown own-goal.

Both teams pushed for a winner but were unable to find one in what was a game of few genuine chances.

Town manager Ian Holloway made three changes to his starting XI following the midweek home defeat by Harrogate, with George Williams, Terry Taylor and Owen Windsor coming into the team as Luke Spokes, Montel Gibson and Owura Edwards missed out.

Carlisle were unchanged from their midweek draw against Oldham and were in good form, having lost just one of their League Two matches so far this season.

Chris Beech's men had won three and drawn one of their league matches so far this month and would look to the triple attacking threat of Josh Kayode, Lewis Alessandra and Gime Toure to help keep that run going.

The visitors had the first opportunity of the game in the opening minute but after getting on the end of Pollock's backward header, Toure slipped as he shot and could only send the ball wide.

At the other end, Preston played the ball through for Windsor inside the box but he was crowded out as he shaped to shoot.

A Carlisle free kick on eight minutes gave George Tanner a chance to get the ball into the box from the right but his delivery was cleared.

The away side had the advantage of a strong wind but goalmouth action was at a premium in the early stages as both sides looked to adapt to the conditions.

Windsor, who had looked lively, won a free-kick inside the Carlisle half on 17 minutes but Williams' free-kick bounced through to keeper Paul Farman after Waterfall's glancing header.

Defender Nick Anderton was shown the first yellow card of the game on 18 minutes after a foul on Tilley but Williams' free-kick was headed away, before keeper Paul Farman beat Waterfall to a return ball into the box.

Good play by the visitors three minutes later led to Alessandra crossing from the left, although Toure could only head wide at the far post.

Carlisle had started the brighter of the two teams but when the deadlock was broken on 24 minutes, it was the Mariners who took the lead. Windsor did well to win a corner on the left and Willams' delivery found its way through to POLLOCK, who smashed a volley into the net frrom eight yards.

Town looked much brighter after the goal, seeing more of the ball inside the away half and a cross from Clifton on the right was caught by Farman.

Clifton needed treatment after going down on the half-hour but was passed fit to play on and a free kick from Callum Guy was glanced away for a throw-in.

A long throw from Kayode led to a free kick for Town after a foul on Pollock, before an effort by Toure from the edge of the box was comfortably caught by McKeown.

Tanner's ball from another Carlisle free-kick was headed away, then a mistake by Williams saw Kayodo take the ball towards the Town box before being fouled by Morton, who was booked. Anderton's shot from the resulting free-kick hit the roof of the Pontoon Stand.

A foul by Preston led to another free kick on the visitors' right but again, there were no problems for McKeown as Tanner's ball went over the bar.

Jon Mellish sent a low shot wide of the target on 42 minutes as Carlisle continued to look for an equaliser but the Mariners saw out the remainder of the half including three added minutes to retain their 1-0 advantage at the break.

No changes were made before the restart and the hosts had a nightmare start to the second half when they conceded a crazy equaliser in the first minute. A Hendrie throw-in was helped back to McKeown by Waterfall but under no pressure, the keeper's touch saw the ball go behind him and into the net for an own-goal.

Town's response saw them win a corner on the right but Williams' delivery was cleared by Anderton.

Tilley made way for Hanson as the hosts made the first substitution of the game on 52 minutes.

Hanson was bundled over by Aaron Hayden after an intelligent through-ball from Windsor on 56 minutes but Williams' free-kick hit the Carlisle wall.

At the other end, another long throw by Kayode was headed clear by Waterfall, before Starbuck replaced Clifton in Town's second chance on the hour.

Toure beat Starbuck on the left before sending a cross over for Kayode at the far post but his header was cleared, then an away corner was comfortably caught by McKeown.

Morton was fouled by Joe Riley after a long goal kick by Farman held up in the strong wind, although Waterfall was penalised for a foul as the free-kick was sent into the box by Taylor.

Gavin Reilly replaced Riley for the visitors, before a Town corner came to nothing as Williams' low ball was cleared.

A corner came at the other end after Waterfall blocked an attempt by Kayode but Guy's flag-kick from the right curled out for a goal kick.

Green replaced Williams in Town's final substitution, before Toure set off on a pacy run down the left before cutting into the penalty area, where his shot was blocked.

A good attacking move by the Mariners on 74 minutes ended when Morton fired off-target, before Waterfall was yellow-carded for bringing down the dangerous Toure. Guy's free-kick was headed clear by Taylor.

Reilly saw a shot blocked as Carlisle continued to attack, then another free-kick came after Windsor fouled Toure but Guy's ball beat everybody and McKeown collected it.

Starbuck became the latest to be booked after a foul on Toure, before a cross from Guy was headed clear by Hendrie.

Both sides pushed forward as the clock ticked down as they searched for a winning goal but despite their best efforts, the Mariners were unable to seriously test Farman in the Carlisle goal.

McKeown also remained untroubled at the other end as the match ended level and both sides were left with a point apiece.

Town are next in action on Tuesday, when they travel to Forest Green Rovers.

Next Up: Forest Green Rovers (A)

The Mariner Returns This Afternoon Free Of Charge!


This afternoon, our award winning programme 'The Mariner' returns for the visit of Carlisle United.

Referee Watch: A Look At Saturday's Man In The Middle 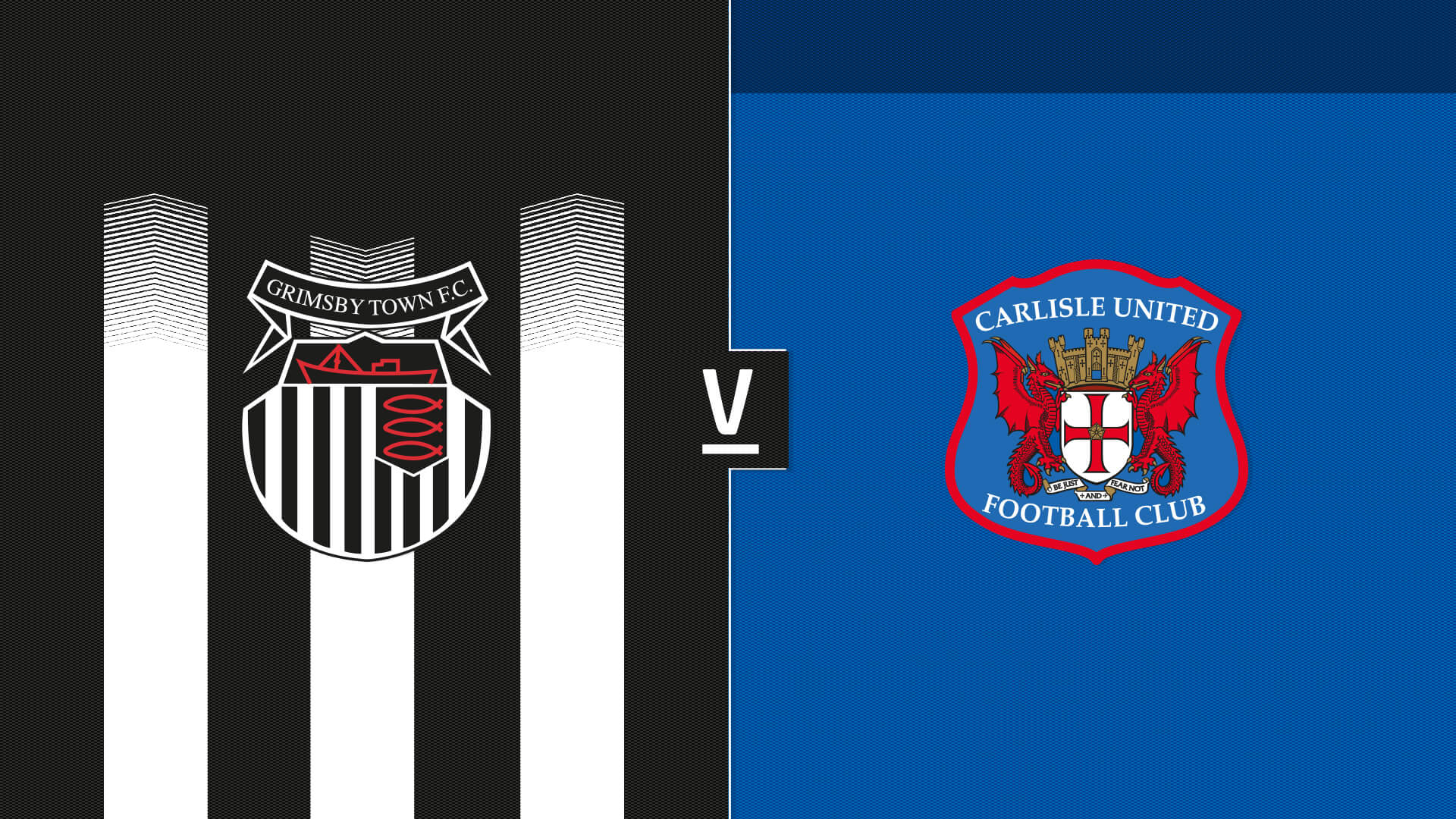 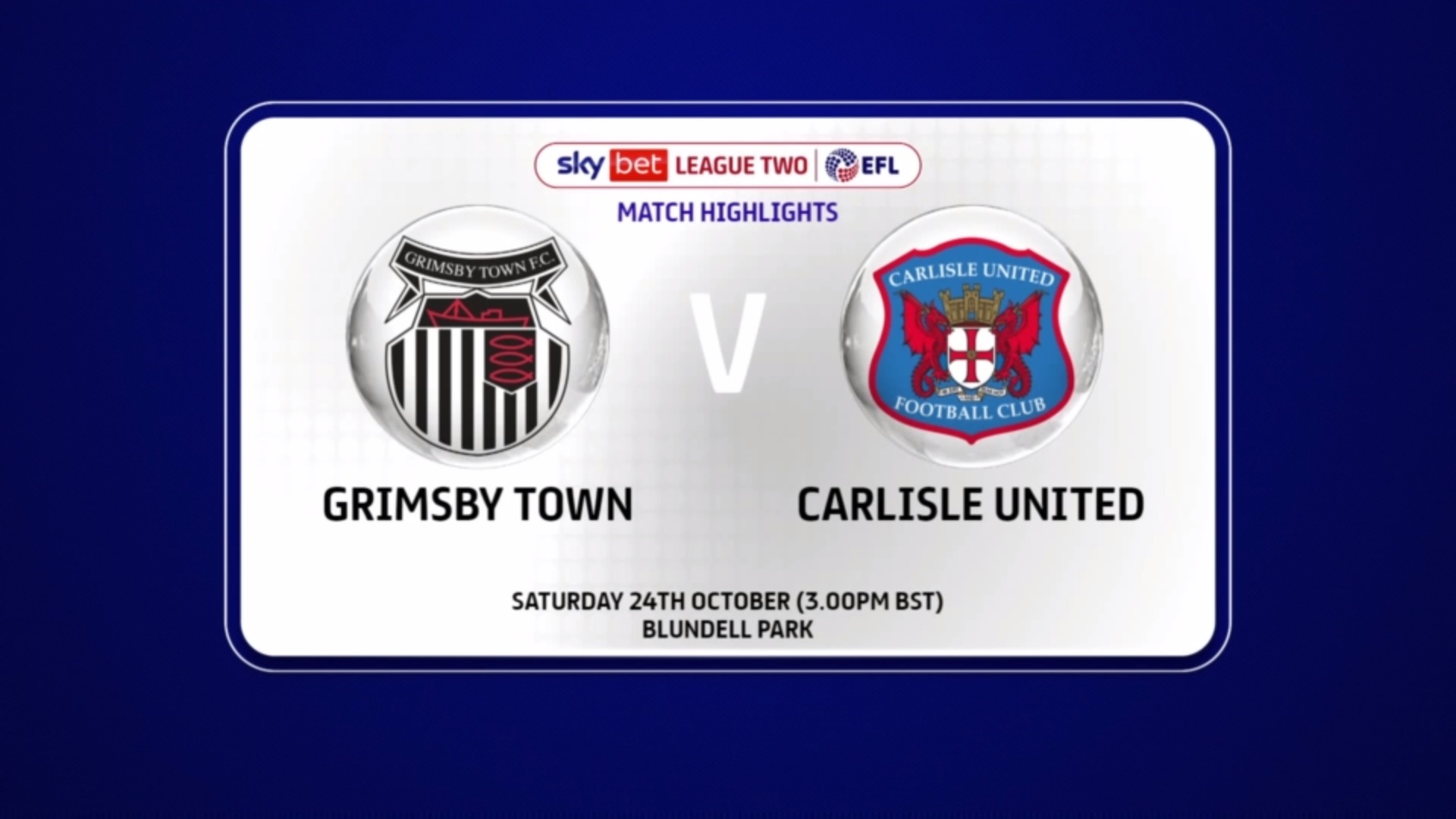 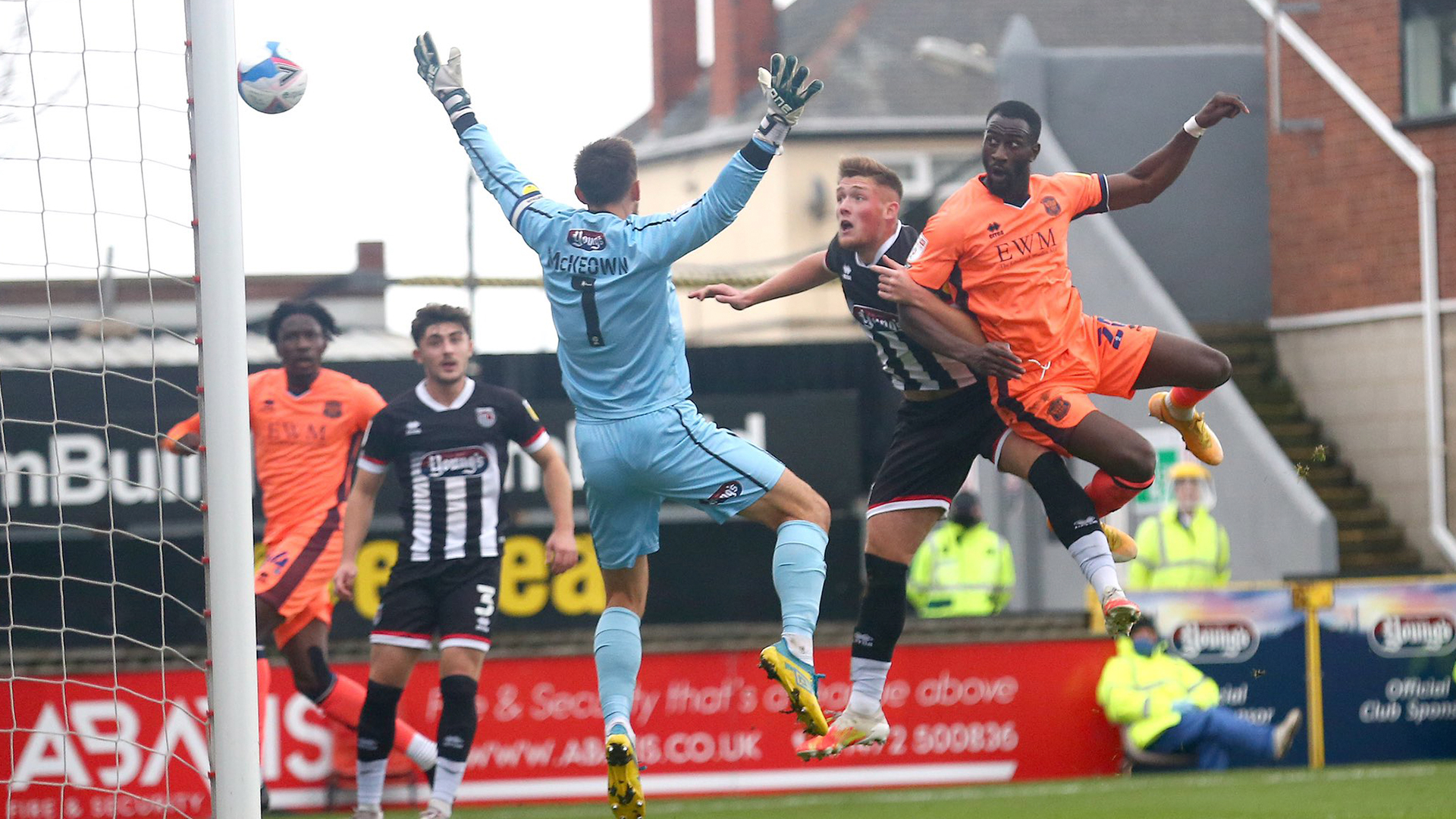