Listen to the pre-match thought's of Town boss Ian Holloway - including the lowdown on the Sulphurites.

Listen to all of today's pre-Harrogate Town press conference with Ollie.

The Town boss started with the injury news.

"It’s more preventing injury that is my concern at the moment," he said. "Every three days, we have another game, so I’m glad we have as many in this building as we have now.

"It’s a bit of a nightmare sorting it out because seven of them are loaned, that means I’ve got to leave two out every time.

Book your Match Pass for the big game.

The visitors started brightly and took the lead through Jack Muldoon but the Mariners, to their credit, hit back almost instantly as James Tilley levelled the scores.

But the away side were back in front before the interval when Muldoon grabbed his second goal of the game.

And despite their best efforts in the second half, the hosts were unable to find a reply as Harrogate sent them to a first loss in four games.

Five changes were made to the Town starting line-up after Saturday's victory at Leyton Orient, with James Morton, Luke Spokes, Tilley, Montel Gibson and Owura Edwards all coming into the team.

Harry Clifton, Morton and Spokes were the midfielders, with Tilley, Gibson and Edwards in attack.

Harrogate had made a great start to their first-ever League Two campaign, losing only one of their first six games since winning promotion via the National League play-offs.

Simon Weaver's men started the evening seventh in the early-season table, four points ahead of the Mariners, who were 15th at kick-off.

The visitors had an opportunity to take the lead within 30 seconds when Aaron Martin went clear down the right but after he pulled the ball back for strike-partner Muldoon, his shot was saved by McKeown and the danger was eventually cleared.

Pollock cleared a low cross from the left as Harrogate continued to make the early running, before Town were forced into making the game's first substitution after just seven minutes. Edwards had gone down with an injury and after initially trying to continue, he was replaced by Bennett.

The substitute's first action was to take the ball on the edge of the Harrogate penalty area and cut inside before shooting but visiting keeper James Belshaw made a comfortable catch.

An away free-kick from the left was headed clear by Waterfall, then another attack led to Pollock clearing off the line from Martin's back-heel, before George Thompson sent the rebound over the bar.

A foul on Tilley midway inside the visitors' half gave Town an opportunity to create some danger but Spokes' delivery was headed clear, as was a follow-up ball from Clifton.

An opportunity for the Mariners came on 18 minutes when Tilley got the ball on the right and cut inside before unleashing a powerful shot from 25 yards which went wide of the target.

A foul by Spokes on Lloyd Kerry gave Harrogate a free-kick inside the Town half on 24 minutes and from it, Thompson's ball was met by Connor Hall but he could only plant a firm header wide.

The visitors took the lead a minute later as they capitalised on a mistake at the back. McKeown slid to keep Preston's back-pass in play and prevent a corner but could only send it straight to Thompson and when he squared the ball to MULDOON, he made no mistake in finding the net.

But the Mariners were not behind for long as they equalised within a minute. Bennett's header fell for TILLEY and he cut inside from the left before sending a low shot past Belshaw to make it 1-1.

After the goal, the visitors continued to set the tempo and create the better chances, with McKeown making a great save to deny Muldoon after he had been played in through the middle.

Another opportunity for Harrogate came on 37 minutes when Calvin Miller crossed from the left but Martin could only divert the ball wide at the near post.

Thompson became the first of the evening to be shown the yellow card after a foul on Bennett on 42 minutes.

But after Spokes' free-kick was headed clear by defender Will Smith, the visitors broke quickly and reclaimed their advantage when Miller's shot was parried by McKeown and MULDOON was in the right place to volley the rebound into the net.

Pollock was booked for a foul on Martin as the half moved into two added minutes but Thompson's free-kick was headed clear by Morton and Harrogate's lead remained at 2-1 at the break.

No further changes were made before the restart and Hendrie was booked two minutes in for a foul on Muldoon but the free-kick was cleared before Gibson shot wide from the edge of the box at the other end.

The visitors had a chance to make it 3-1 on 51 minutes as Pollock aimed to shield the ball away from Martin but he was unsuccessful and the striker took possession but shot wide of McKeown's near post.

Town's second change came a minute later and saw Bennett, who had come on as a substitute himself, make way for Gomis.

Preston became the latest to be booked after a late challenge on midfielder Josh Falkingham, before a 25-yard effort by Thompson stung the palms of McKeown, who gathered the ball at the second attempt.

Tilley's name was the next to go into the referee's notebook following a poor challenge near the halfway line on the hour.

Hanson replaced Spokes on 67 minutes and he joined Gibson up front in a move which saw Tilley move into midfield.

Clifton was booked after a foul near the halfway line soon afterwards, before a break through the middle by Tilley saw him pass to Gomis on the left but the Nottingham Forest loanee's low cross was cleared before the ball could reach Hanson.

Kerry was shown the yellow card on 72 minutes after bringing Tilley down as the midfielder looked to make progress through the middle again.

Connor Kirby replaced Miller for Harrogate with 15 minutes to go, before a cross from Preston was deflected out for a Town corner, which was caught by keeper Belshaw.

Gibson fired over the bar from the edge of the box with 80 minutes on the clock as the Mariners looked for a second equaliser.

Hanson then narrowly failed to connect with a cross from Hendrie on the right, before Brendan Kiernan replaced Kerry for the visitors.

Muldoon flashed a shot wide of the target from 25 yards after a good run by Kiernan on 87 minutes.

Jon Stead came on in place of Martin in the first of five minutes of added time and as the Mariners were unable to create any further chances, the visitors closed out the game to secure a deserved win.

Town are next in action on Saturday, when Carlisle United are the visitors to Blundell Park.

Next Up: Carlisle United (H) 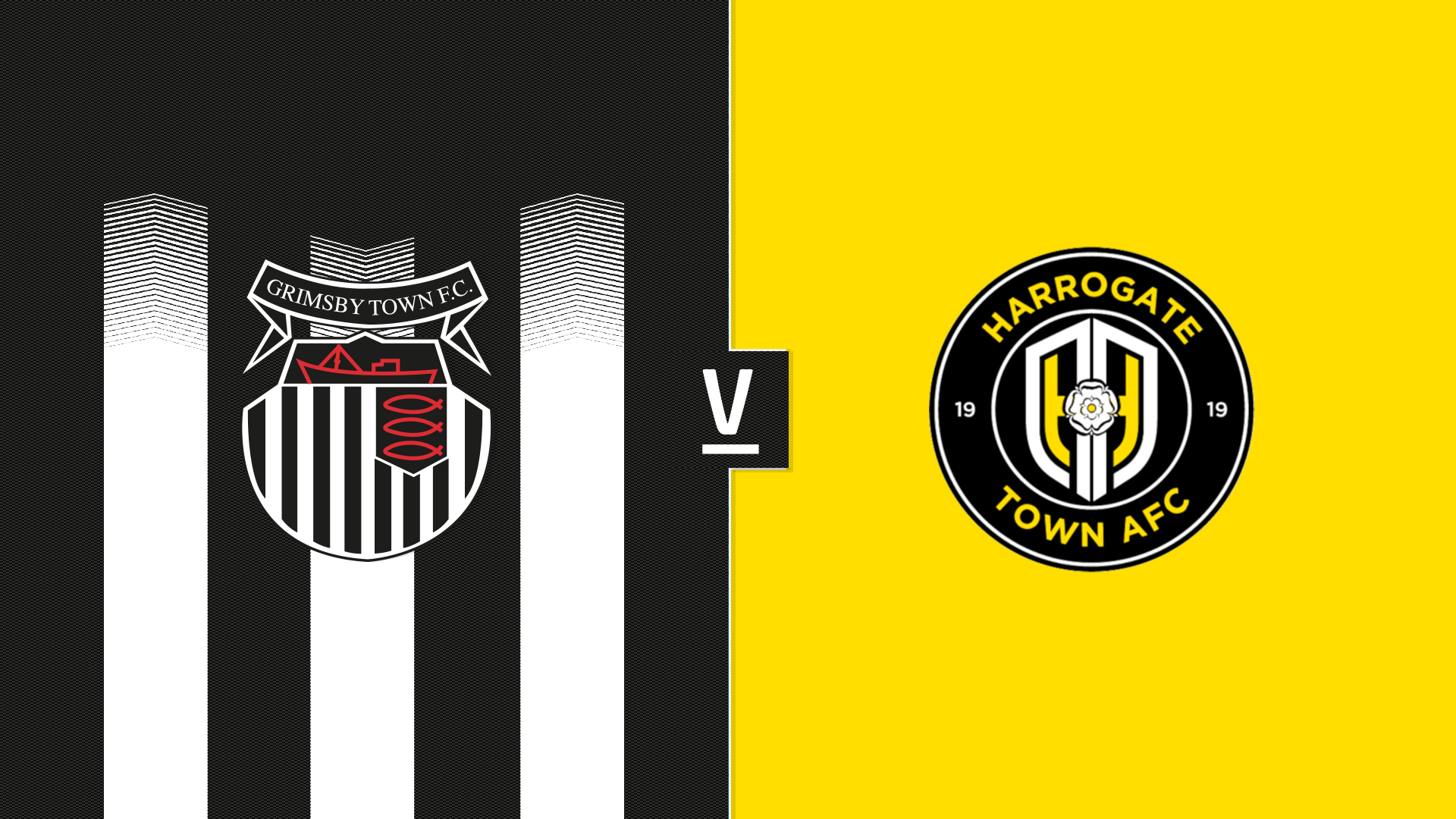 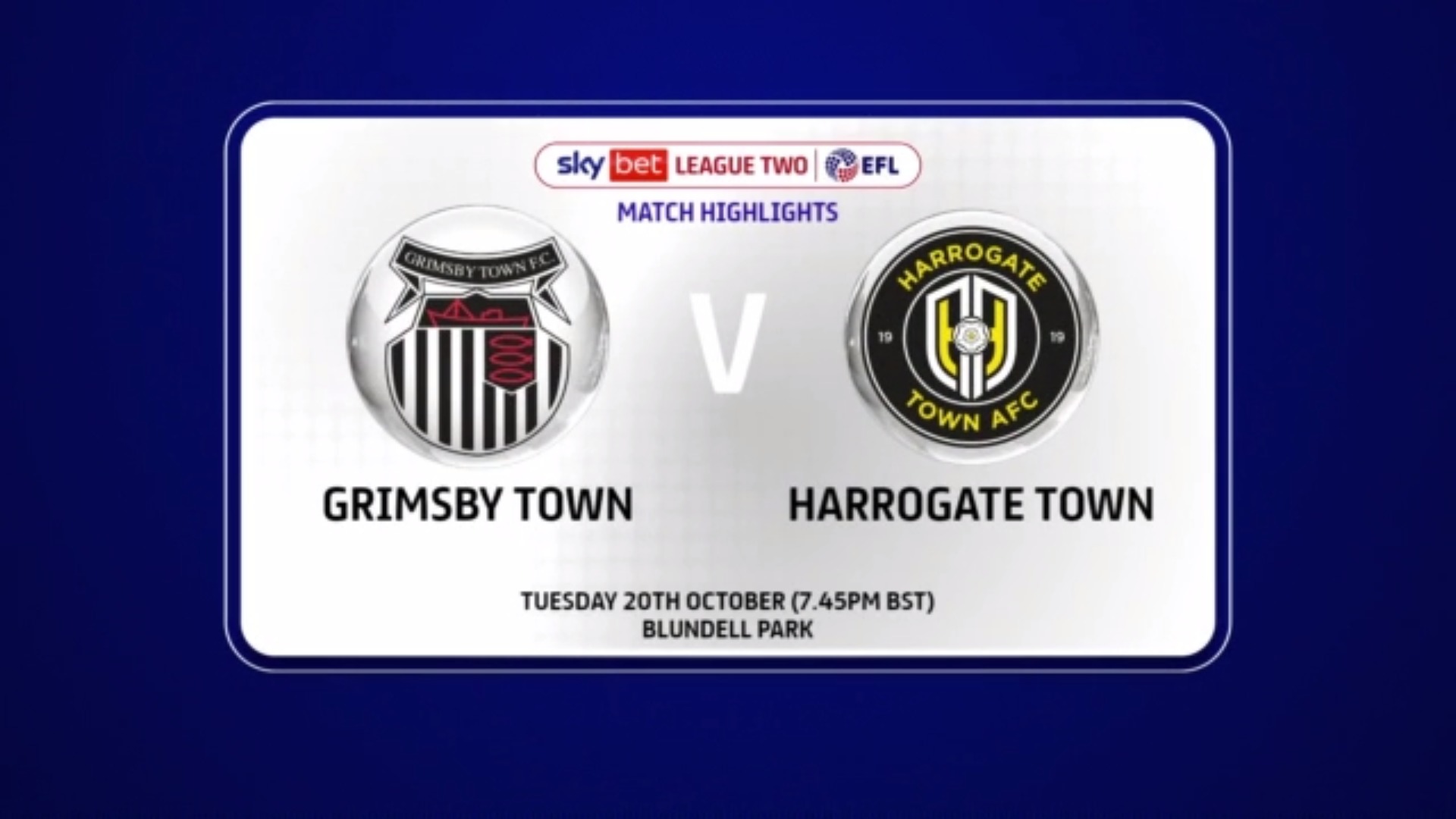 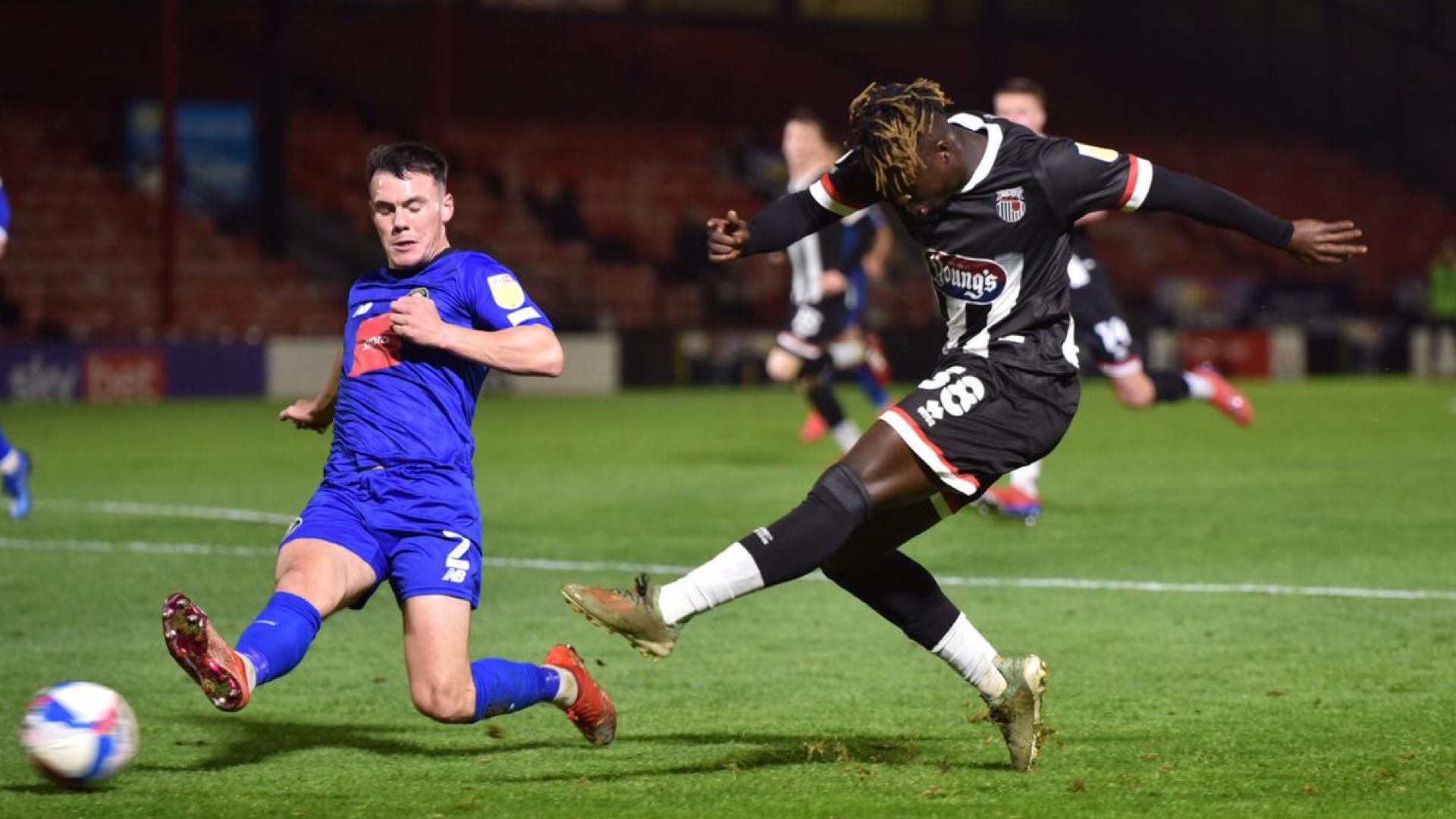