Our award winning match day programme, The Mariner returns today for the visit of Salford City!

Grimsby Town suffered a heavy defeat in their first home league game of the season as Salford City won 4-0 at Blundell Park.

An Ian Henderson hat-trick secured the points for the visitors, with the first two goals both coming from the penalty spot, before a third penalty of the game was converted by Richie Towell after Ludvig Ohman was sent off in added time.

But the scoreline did not tell the full story as the Mariners provided several positives and were unlucky not to be rewarded with at least a goal against the pre-season promotion favourites.

After a shaky opening, Town grew into the game and created some good chances but fell behind on 32 minutes when Henderson opened the scoring.

The former Rochdale striker made it 2-0 from another penalty just after the hour and went on to make the points safe when he headed in a third goal, before Towell's penalty in added time completed the scoring.

Town boss Ian Holloway made two changes to the XI that started at Walsall last time out, as Harry Clifton and James Tilley replaced Danny Rose and Sean Scannell.

Terry Taylor, George Williams and Clifton were the midfielders, with Owura Edwards and Tilley supporting Matt Green in attack.

Salford came into the game following a midweek 3-0 defeat by Everton at Goodison Park in the Carabao Cup.

Manager Graham Alexander made just one change to his starting line-up after that game, as Tom Elliott came in for James Wilson.

McKeown conceded an early corrner after a header by Tom Elliott but the ball from it was blocked following a short delivery.

Town's first attack saw Preston do well to beat Oscar Threlkeld on the left before sending a cross over which was headed over his own bar for a corner by defender Ash Eastham. Williams' ball from the flag was cleared.

A chance for Salford came with a free kick on seven minutes which was taken by Ibou Touray and headed on for Jordan Turnbull, although the flag went up for offside as he lifted his shot over the bar.

A good opportunity came at the other end soon afterwards when a long kick by McKeown found Green on the halfway line and he sent Edwards clear through the middle. The Bristol City loanee could not make it count though as keeper Vaclav Hladky came off his line to make a block, with the ball then being cleared off the line.

The Mariners created another chance on 11 minutes when a Williams free kick found Green on the edge of the box but his bicycle kick cleared the bar.

A foul on Edwards by Turnbull gave Town another free kick in a dangerous position on 16 minutes. Williams shot from it but his effort lacked the power needed to cause Hladky any serious problems.

A foul on Brandon Thomas-Asante gave Salford a free kick inside the Town half six minutes later but as Touray sent the ball towards the box, the referee spotted a push on Hewitt.

The best chance of the game so far came on 25 minutes when Preston made progress down the left and chipped a cross for Green. The striker headed it towards goal but Hladky got down to tip the ball away for a corner, which led to Green heading over the bar.

Salford midfielder Ash Hunter was shown the first yellow card of the game for a late challenge on Preston near the halfway line, before Green was adjudged to have fouled Touray as he looked to meet a ball into the box from Clifton soon afterwards.

The visitors were given a chance to take the lead on 32 minutes when Hewitt brought Ian Henderson down inside the box and the referee pointed to the penalty spot. HENDERSON stepped up to beat McKeown from the spot and make it 1-0 to Salford.

The away side had the ball in the net again two minutes later but the goal did not stand as a push by striker Elliott was spotted before he headed past McKeown.

Before the goal, Town had enjoyed a promising spell and had created some good openings and their response to going behind was positive, as Hladky was called into action to stop a low shot from Williams before Green missed the target with a header.

Clifton missed an opportunity to bring the hosts level on 40 minutes when the ball came to him 15 yards out after good play in and around the box by Edwards. The midfielder could not convert the chance but his shot took a deflection for a corner as it went over the bar.

A free kick from Hunter at the other end beat everybody in the penalty area and went out at the far post for a goal kick.

A strong back-pass by Idehen sent McKeown racing back to get to it and his clearance led to a chance for Hunter but his shot from the edge of the box was held by the keeper.

Town were inches away from an equaliser moments later but after Williams prodded the ball past Hladky, Ash Eastham got back to clear it off the line for a corner.

That proved to be the last chance for either side before the break and after a first half which had brought plenty of positives, the Mariners may have felt themselves unlucky to be a goal down at the interval.

No changes were made before the restart and a free kick midway inside the Salford half gave Town an early opportunity to attack, although the offside flag went up as Taylor's ball from the left went into the penalty area.

Tilley was booked for a late challenge on Hunter, who was involved again soon afterwards when he sent a low shot just wide of McKeown's target from 20 yards.

The visitors appealed for a second penalty after a challenge by Ohman on Thomas-Asante but the referee instead gave a corner, which was confirmed after he consulted with his assistant.

Another Grimsby free kick from the left led to Clifton glancing a header wide, before the first substitution of the afternoon saw Gibson replace Tilley for the hosts.

Gibson was involved almost straight away as part of a good attacking move by Town but the substitute's low cross was stopped by Hladky.

At the other end, Salford doubled their lead two minutes after the hour when they were given a second penalty after a handball by Hewit was spotted by the referee. The Town defenders protested against the decision but HENDERSON again stepped up and found the net from the spot.

Again, Town responded well to conceding and Edwards' pace saw him cut into the box from the right but eventually lost control of the ball, before an opportunity moments later saw Ohman head wide.

Mohsni came off the bench for his Grimsby debut as he replaced Green with 70 minutes on the clock and the home side's next attack of note saw Edwards fire over the bar from 20 yards.

A low shot from Gibson was held by Hladky, before Salford made the points safe with a third goal on 76 minutes. Hunter linked up with Touray down the left and a chipped cross was met by HENDERSON, who headed past McKeown and into the net from close range to complete his hat-trick.

Starbuck replaced Williams in Town's third and final subsitution, before Hunter sent a shot well over the bar as Salford looked for a fourth goal.

A free kick from Gibson hit the Salforrd wall and went out for a corner, which led to Ohman being denied by another good save from Hladky as his far-post header was blocked by the keeper.

Bruno Andrade replaced Hunter with five minutes to go as the Mariners pushed for a consolation goal, with Ohman firing over the bar after a scramble in the penalty area.

Henderson was then replaced by Martin Smith as the game moved into four minutes of added time.

And there was time for Salford to get a fourth goal as they were given a third penalty of the game. Ohman pulled Towell back as he advanced into the box and after the defender was shown the red card, TOWELL drilled the spot-kick low past McKeown to make it 4-0 to the visitors.

The final scoreline was harsh on the Mariners side but Salford were clinical and showed why they are among the early-season favourites to earn promotion from League Two.

Town are next in action on Saturday, when they travel to Cheltenham Town.

Next Up: Chelmsford (A)


Our award winning match day programme, The Mariner returns today for the visit of Salford City! 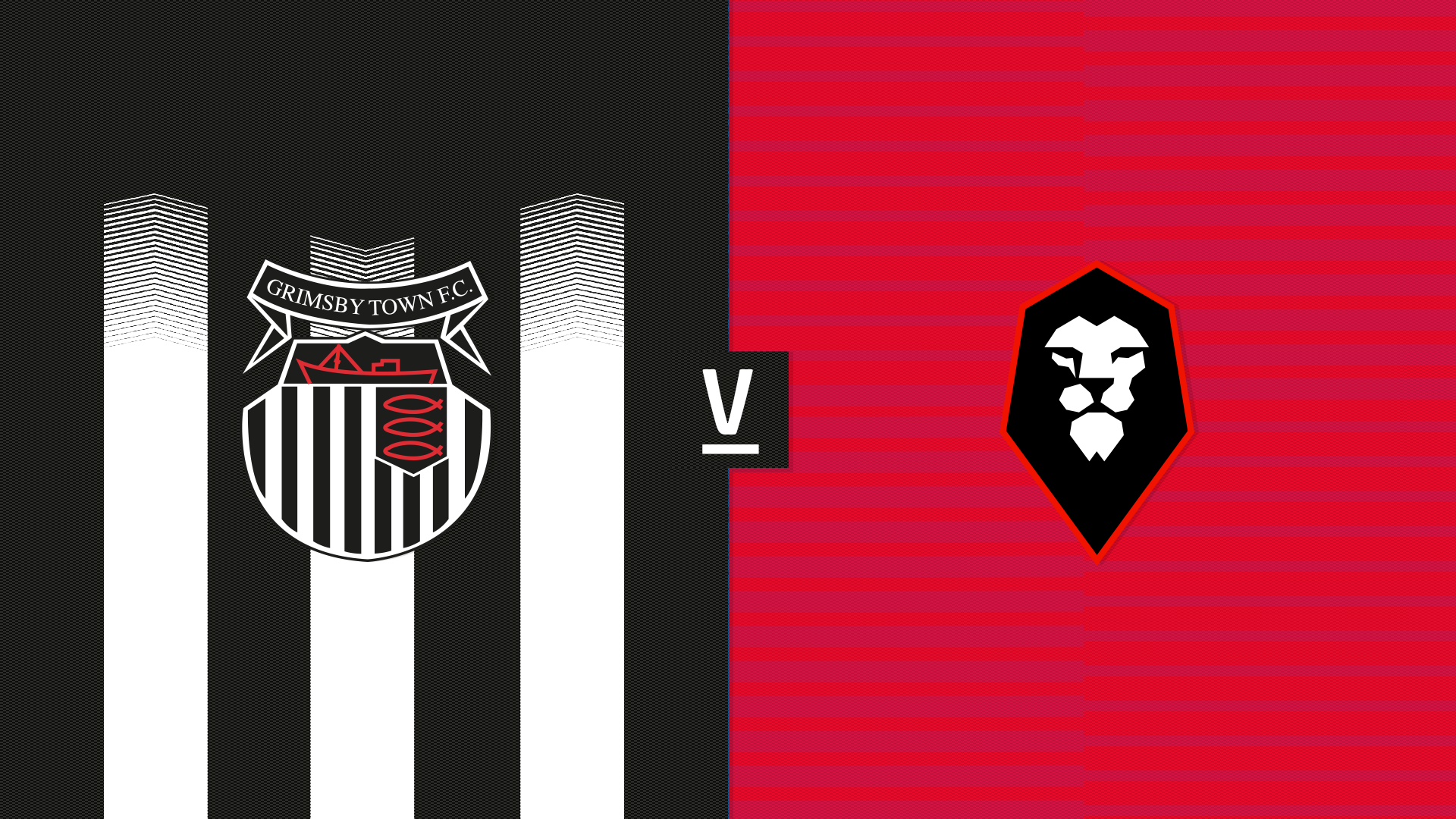 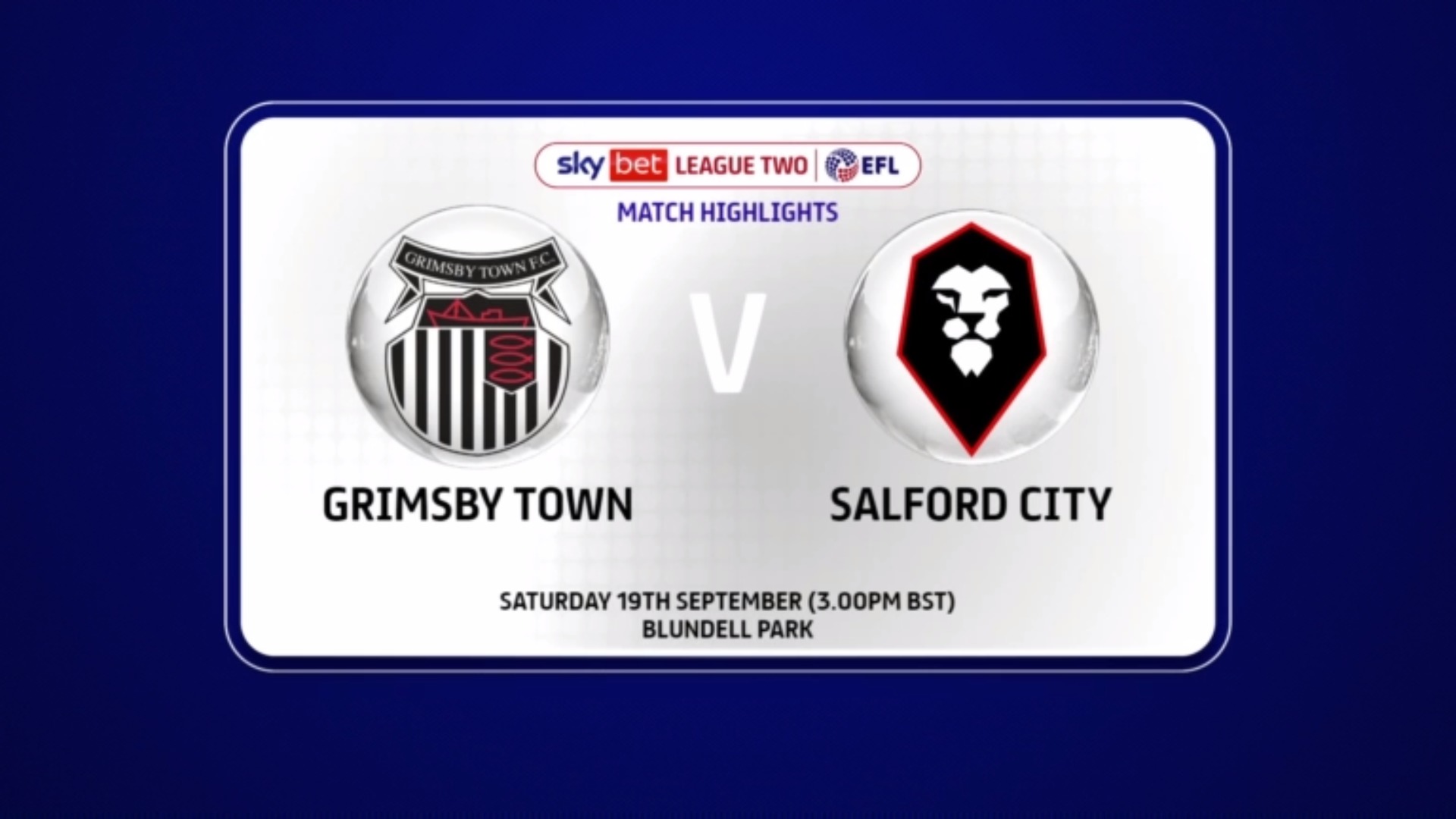 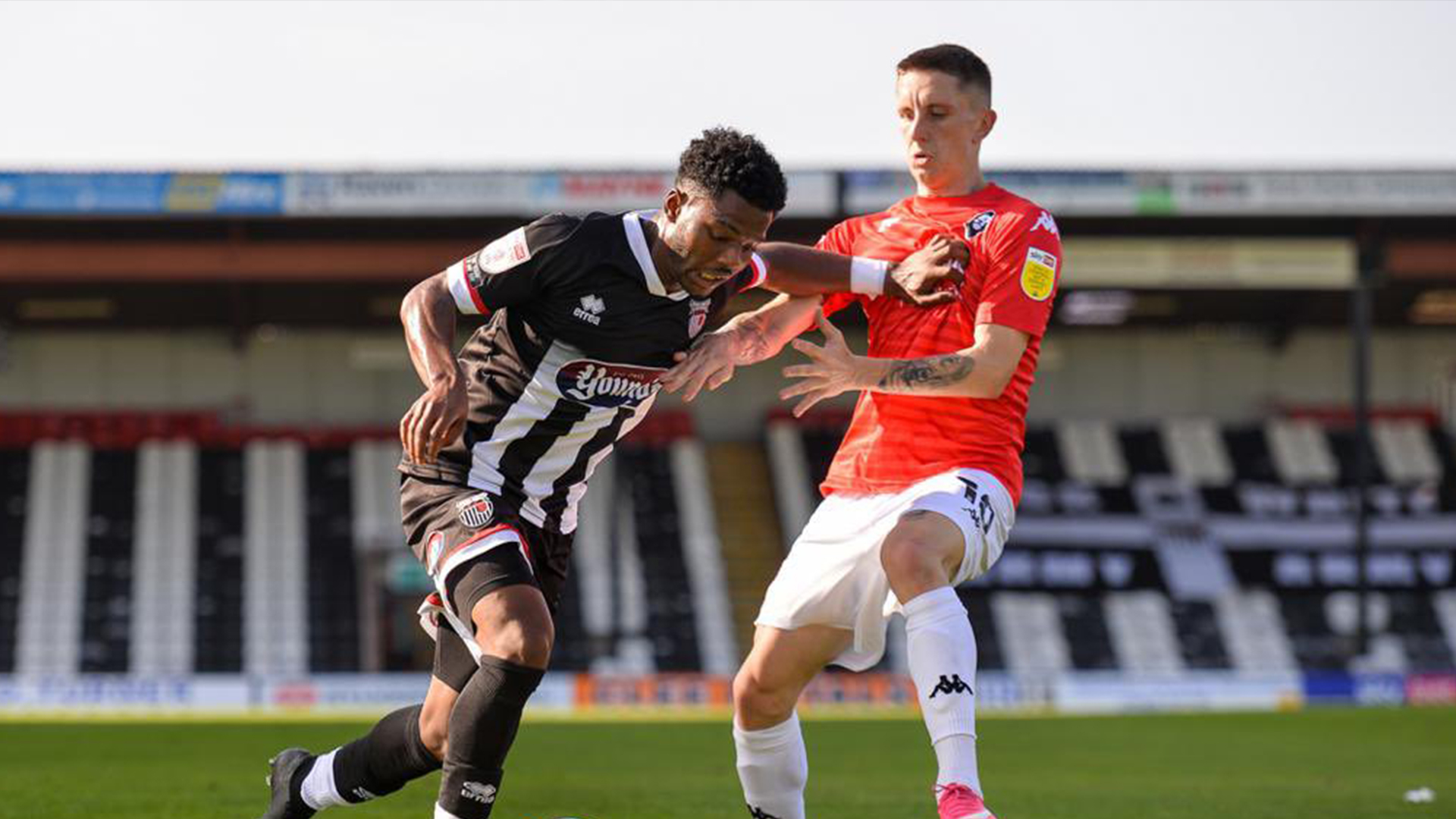