A single goal sent Grimsby Town to defeat in their League Two season opener at Walsall.

Elijah Adebayo struck on the hour for what eventually proved to be the difference between the two teams.

The Mariners worked hard throughout the contest and despite the defeat, will take some positives from the game.

They almost grabbed a late equaliser when substitute James Tilley hit the post with a shot from the edge of the penalty area.

But the hosts had created the better chances and could have won by a bigger margin if they had converted their opportunities.

Duncan Idehen was given a first league start for Town after impressing in the midweek EFL Trophy match against Harrogate Town, while Terry Taylor, Owura Edwards, Elliott Hewitt and Ludvig Ohman had also started both games.

James McKeown returned in goal, with Hewitt, Ohman, Idehen and Danny Preston forming the defence. Taylor, Danny Rose and George Williams were the midfielders and Sean Scannell, Matt Green and Edwards lined up in attack.

An early Walsall corner was cleared and another one soon afterwards was played short for Rory Holden, whose low shot from 20 yards was blocked.

A third home corner on 10 minutes was headed clear by Idehen, before the home side worked the ball back into the box but a header across goal was comfortably caught by McKeown.

A cross from Scannell at the other end was deflected through to home keeper Liam Roberts, then Dan Scarr flashed a shot wide from just outside the penalty area for Walsall.

The hosts were using long throws to create danger and one came into the Grimsby box on 15 minutes but it was flicked beyond the far post for a goal kick.

A foul on Preston two minutes later gave Town a free kick on the left but Williams' ball into the penalty area was cleared before being headed out for a Walsall throw-in.

Another home corner was dealt with by the Town defence, before a Williams shot at the other end was blocked and a follow-up effort by Ohman flew off-target.

Edwards tried his luck from distance on the half-hour but could not hit the target, then a volley from Green was saved by Roberts after good work by Scannell.

A cross from Josh Gordon at the other end was headed behind by Adebayo after Ohman did well to ensure the striker did not get a clean contact on the ball.

Edwards was fouled on the right edge of the box to give Town a free kick on 35 minutes and after Williams' delivery was not dealt with, a shot by Rose was blocked for a corner, which was headed away at the near post before Preston's follow-up cross was also headed clear.

Edwards was shown the yellow card for an infringement in the aftermath of a foul on Scannell, then a home free-kick as the game moved into stoppage time bounced in the Town penalty area and the ball had to be tipped over the bar by McKeown for a corner.

Idehen did well to challenge Adebayo and stop him getting a shot away from inside the box and with no further chances for either side before the half-time whistle, the game remained goalless at the break.

No substitutions were made before the restart and an early foul by Rose gave Walsall a free kick in a dangerous position but when it came into the box, a foul was given against Adebayo.

At the other end, Green turned and held off James Clarke before advancing into the box and shooting, with Roberts pushing the ball out for a corner.

A cross from Preston was cleared as Town's encouraging start to the second half continued, then a Hewitt cross from the opposite right flank was caught by Roberts after a good spell of Mariner's possession.

Williams hit a weak shot straight at Roberts after good work by Green to hold the ball up on 52 minutes.

A home corner from the right was comfortably caught by McKeown, before Gordon missed the target with a shot from the edge of the box.

McKeown had to rush off his line to make a block from Adebayo after a good ball sent the striker in behind Idehen.

But the Mariners were not so lucky soon afterwards as the home side broke the deadlock on the hour. A chipped cross from Holden was sent back across goal by Cameron Norman and ADEBAYO had the simple task of turning it into the net from close range.

Adebayo was replaced by Caolan Lavery and Emmanuel Osadebe came on in place of Holden as Walsall made a double substitution.

Idehen was booked for a foul on Osaebe on the home right but the resulting free-kick was cleared and the ball was brought clear through Edwards, who was fouled inside the Walsall half.

Gibson replaced Green and Boyd came on for Rose before the free-kick, which led to Roberts claiming a catch.

McKeown did well to get to an Osadebe cross ahead of Gordon and ensure the only damage was a Walsall corner, which led to Preston clearing off the line as the ball was headed towards goal by Clarke.

A home corner led to Lavery heading wide, before Gordon hit the post with a header as the hosts looked for a second goal to make the points safe.

A cross from Hewitt at the other end was hooked clear, before a corner from Tilley on the right was also cleared.

Osadebe worked his way into the Town box in the last minute of the 90 but instead of shooting, he looked to find Lavery and the pass was poor, allowing the Mariners to clear.

Another chance for the hosts came soon afterwards but Lavery fired over the bar.

Four added minutes were played at the end of the game and after a long thrown from Hewitt was not fully dealt with, Tilley hit the post with a low shot from the edge of the box.

But that proved to be Town's last chance to take anything from the game, as Walsall held on for all three points.

The Mariners are next in action on Saturday, when Salford City visit Blundell Park for a game which again will be played behind closed doors.

Next Up: Salford City (H) 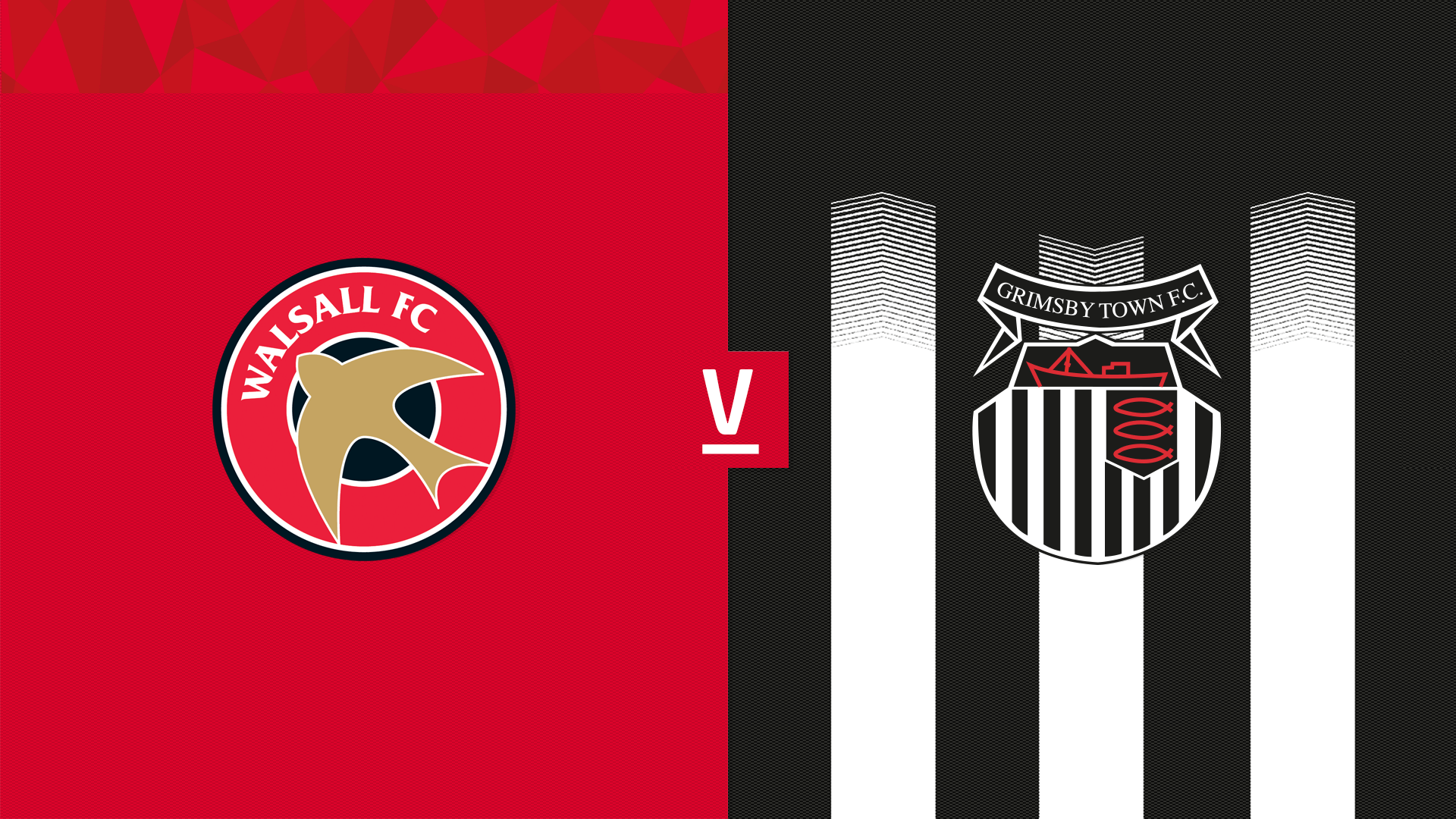 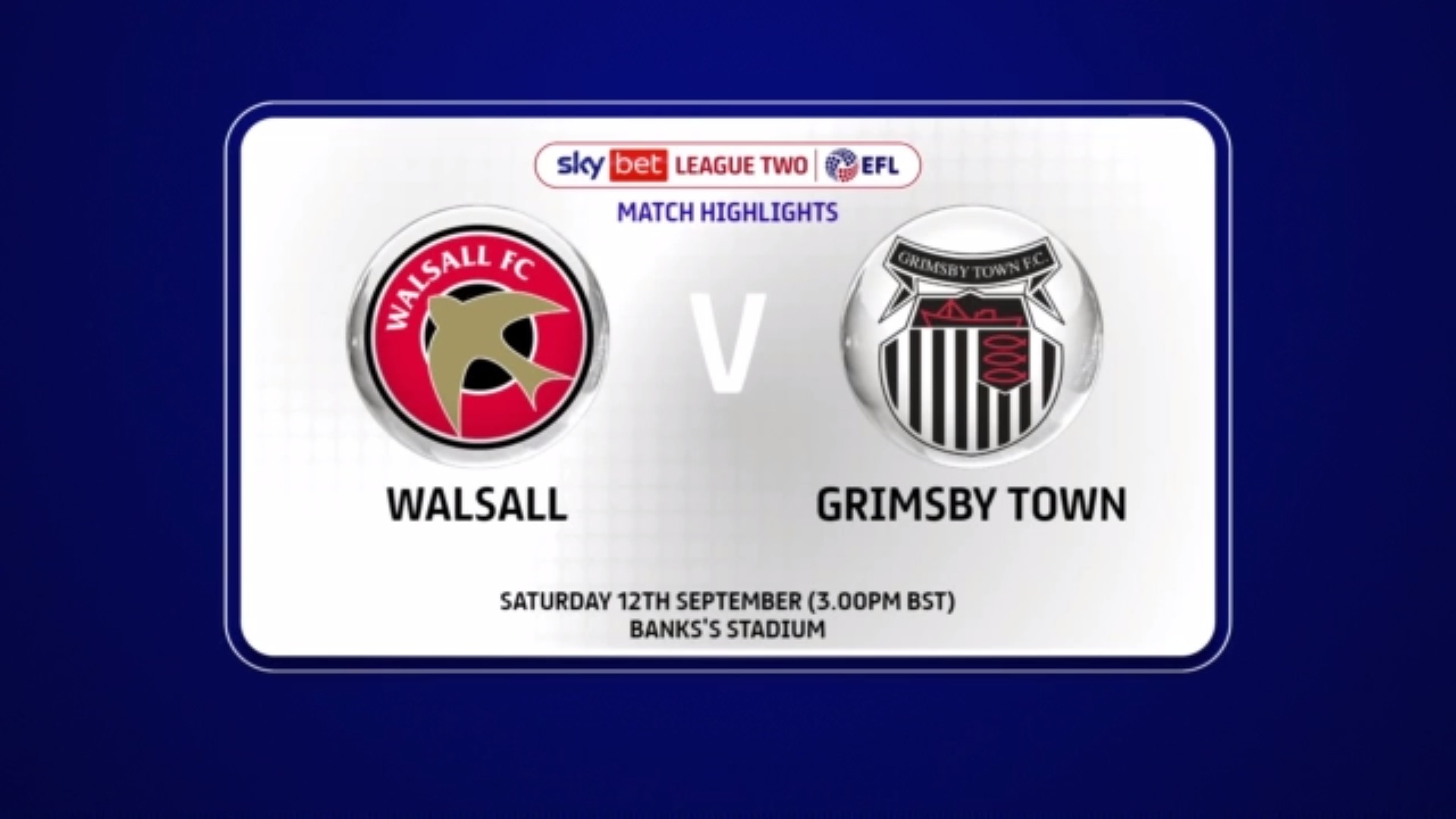 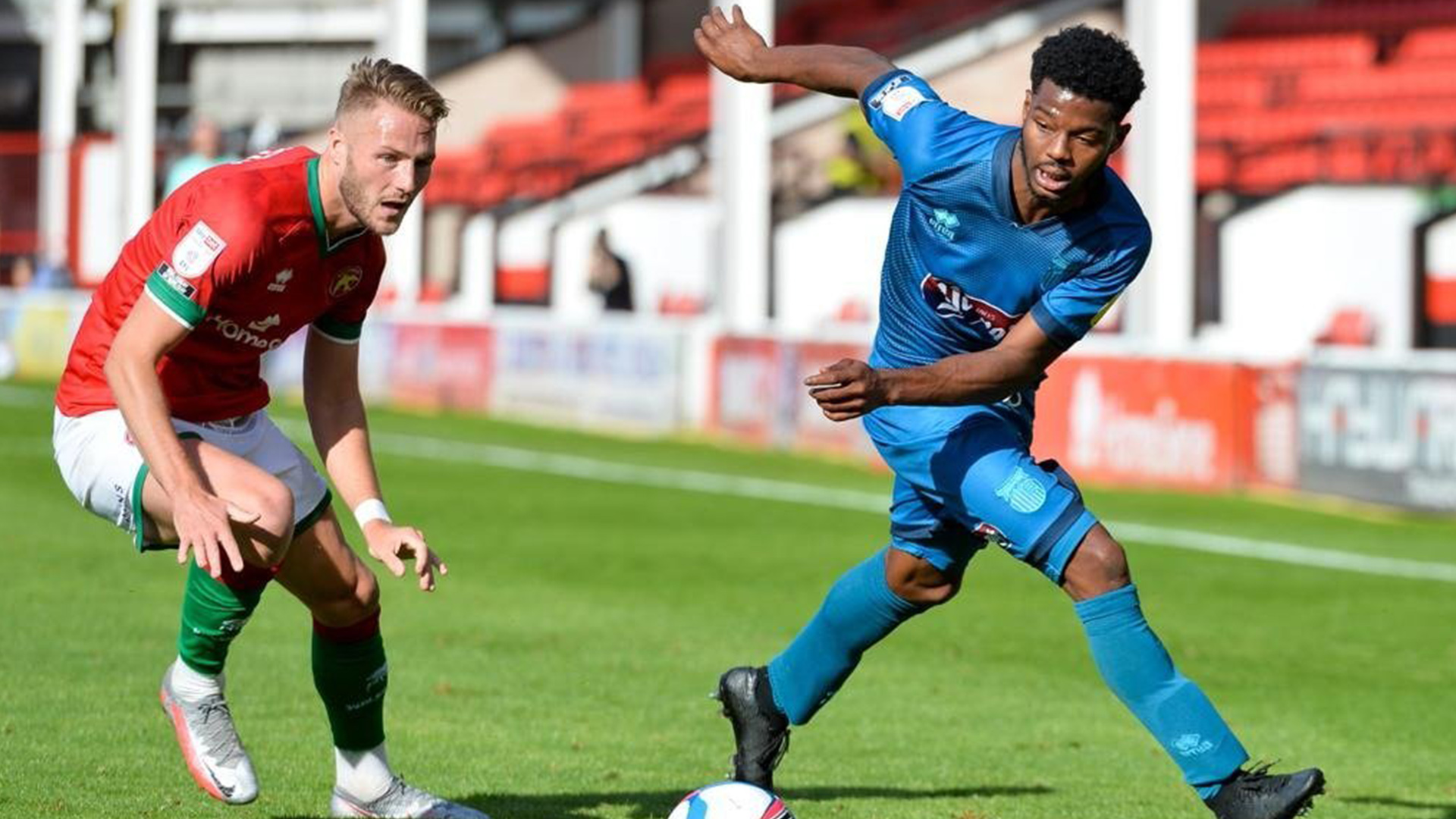